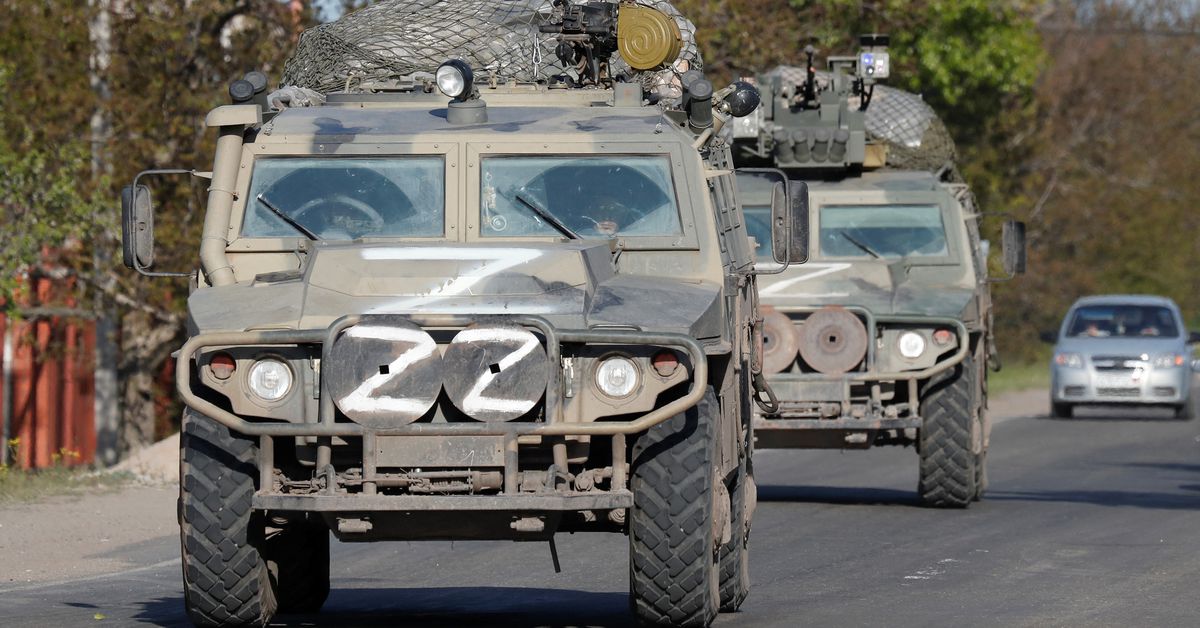 NEUILLY-SUR-SEINE, France, May 12 (Reuters) – The Russian military’s failure to seize the Ukrainian capital was inevitable because in the preceding years they had never directly faced a powerful enemy, according to a former mercenary with the Kremlin-linked Wagner Group who fought alongside the Russian army.

Marat Gabidullin took part in Wagner Group missions on the Kremlin’s behalf in Syria and in a previous conflict in Ukraine, before deciding to go public about his experience inside the secretive private military company.

He quit the Wagner group in 2019, but several months before Russia launched the invasion on Feb. 24 Gabidullin, 55, said he received a call from a recruiter who invited him to go back to fighting as a mercenary in Ukraine.

He rejected the offer, because, he said, he did not agree on principle with the Kremlin’s invasion of Ukraine.

He also said Russian forces were not up to the job, even though they trumpeted their arsenal of new weapons and their successes in Syria where they helped President Bashar al-Assad defeat an armed rebellion.

“They were caught completely by surprise that the Ukrainian army resisted so fiercely and that they faced an actual army,” Gabidullin said about Russia’s setbacks in Ukraine.

He said people on the Russian side expected to face rag-tag militias when they invaded Ukraine, not well-drilled regular troops.

“I told them: ‘Guys, that’s a mistake’,” said Gabidullin, who is now in France where he is publishing a book about his experiences fighting with the Wagner Group.

Kremlin spokesman Dmitry Peskov said he did not know who Gabidullin was and whether he has ever been a member of private military companies.

“We, the state, the government, the Kremlin can not have anything to do with it,” he said.

The Russian defence ministry did not respond to a request for comment.

Russia calls its actions in Ukraine a “special operation” that it says is not designed to occupy territory but to destroy its southern neighbour’s military capabilities and capture what it regards as dangerous nationalists.

Gabidullin is part of a small but growing cohort of people in Russia with security backgrounds who have supported President Vladimir Putin’s foreign incursions but now say the way the war is being conducted is incompetent.

Igor Girkin, who helped lead a pro-Kremlin armed revolt in eastern Ukraine in 2014, has been critical of the way this campaign is being conducted. Alexei Alexandrov, an architect of the 2014 rebellion, told Reuters in March the invasion was a mistake. read more

Gabidullin took part in some of the bloodiest Syrian clashes in Deir al-Zor province, in Ghouta and near the ancient city of Palmyra. He was seriously injured in 2016 when a grenade exploded behind his back during a battle in the mountains near Latakia.

Gabidullin spent a week in a coma and three months in a hospital where he had surgeries to remove one of his kidneys and some intestines. Reuters has independently verified he was in the Wagner Group and was in combat in Syria.

Wagner Group fighters have been accused by rights groups and the Ukrainian government of committing war crimes in Syria and eastern Ukraine from 2014 onwards. Gabidullin said he had never been involved in such abuses.

Moscow’s involvement helped turn the tide of the Syrian war in favour of Assad, but Gabidullin said Russia’s military restricted itself mainly to attacks from the air, while relying on Wagner mercenaries and other proxies to do the lion’s share of the fighting on the ground.

The Russian military’s task was easier too. Its opponents — Islamic State and other militias — had no anti-aircraft systems or artillery.

Fighting Ukraine, he said, was a different proposition.

“I’ve seen enough of them in Syria… (The Russian military) didn’t take part in combat directly,” he said in an interview in Paris to promote his book, which will be published by French publishing house Michel Lafon this month.

Wagner Group is an informal entity, with — on paper at least — no offices or staff. The U.S. Treasury Department and the European Union have said the Wagner Group is linked to Russian businessman Yevgeny Prigozhin. Prigozhin has denied any such links.

Concord Management and Consulting, Prigozhin’s main business, did not respond to a request for comment.

President Vladimir Putin has said private military contractors have the right to work and pursue their interests anywhere in the world as long as they do not break Russian law. Putin has said the Wagner Group neither represented the Russian state nor was paid by it.

Gabidullin said although he had known the Russian invasion of Ukraine was coming, he did not expect it to be on such a scale.

“I could not even think that Russia will wage a war on Ukraine. How could that be? It’s impossible,” he said.

He said he also did not believe attacking Ukraine, a sovereign state, was justified.

“Its right to be independent has to be respected. I don’t see in the actions of this state any aggression towards Russia.”

“I said: no guys, that’s without me please, you go yourselves. Ukraine for me is a part of the country where I was born and grew up, they are my compatriots,” he said.