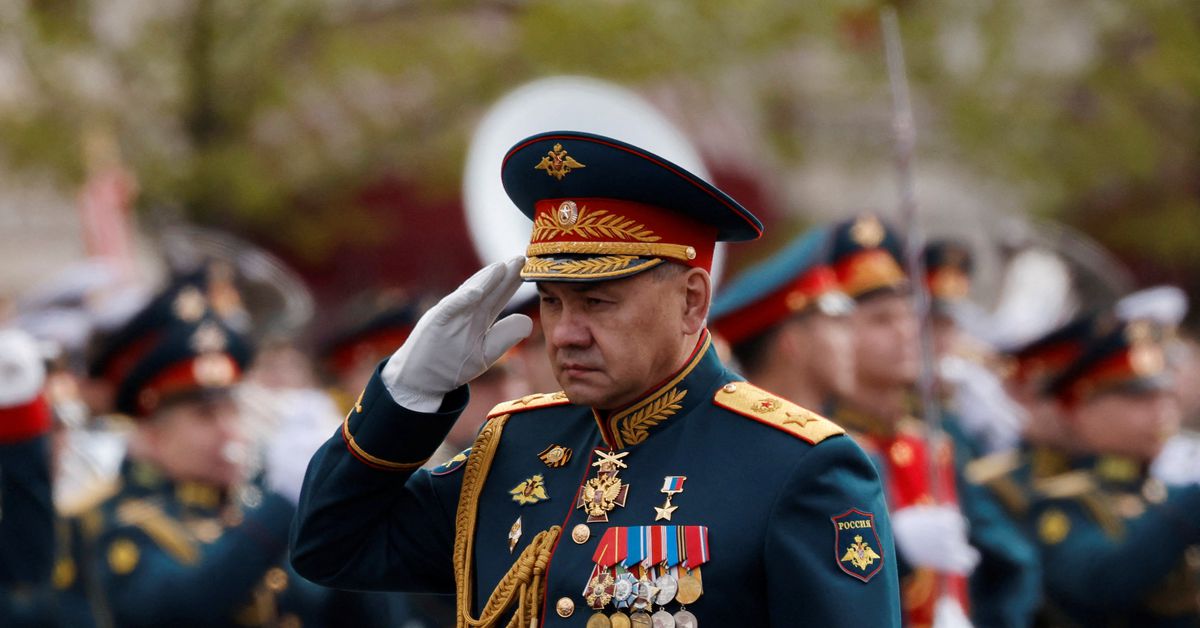 Russian Defence Minister Sergei Shoigu salutes in an Aurus cabriolet during a military parade on Victory Day, which marks the 77th anniversary of the victory over Nazi Germany in World War Two, in Red Square in central Moscow, Russia May 9, 2022. REUTERS/Maxim Shemetov

“I directly accuse Sergei Shoigu of, at minimum, criminal negligence,” Igor Girkin said in a video interview posted on his Telegram channel. “I have no grounds to accuse him of treason, but I would suspect it.”

The Kremlin did not immediately respond to a request to comment on Girkin’s outburst – one of the strongest public attacks yet on Russia’s military leadership from a prominent hawk pushing for a more intensive campaign in Ukraine.

Despite repeated Russian setbacks and heavy losses in men and equipment in the course of the 79-day-old invasion, Putin has shown no sign of distancing himself from Shoigu. The minister played a highly visible part in commemorations on Red Square on Monday to mark the 77th anniversary of victory over Nazi Germany in World War Two.

Girkin, who also goes by the pseudonym “Strelkov” from the Russian for “shooter”, has been charged with murder by Dutch prosecutors over his alleged role in the downing of Malaysian Airlines flight MH17 over Ukraine in 2014.

He has become an outspoken critic of how Russia is waging its war in Ukraine over recent weeks, saying that without a new strategy and more manpower, Russia could lose.

Ukraine says it has repelled Russian forces from around the eastern city of Kharkiv this week and is mounting a counter-offensive that could signal a shift in the war’s momentum.

After failing to capture the capital Kyiv in the first phase of what Russia calls its “special military operation”, Russian forces have refocused on the eastern Donbas region and southern city of Mariupol.

A former Kremlin mercenary, Marat Gabidullin, told Reuters this week that Russian troops were ill-prepared for the war in Ukraine. read more

Reporting by Reuters; Editing by Mark Trevelyan and Mark Heinrich