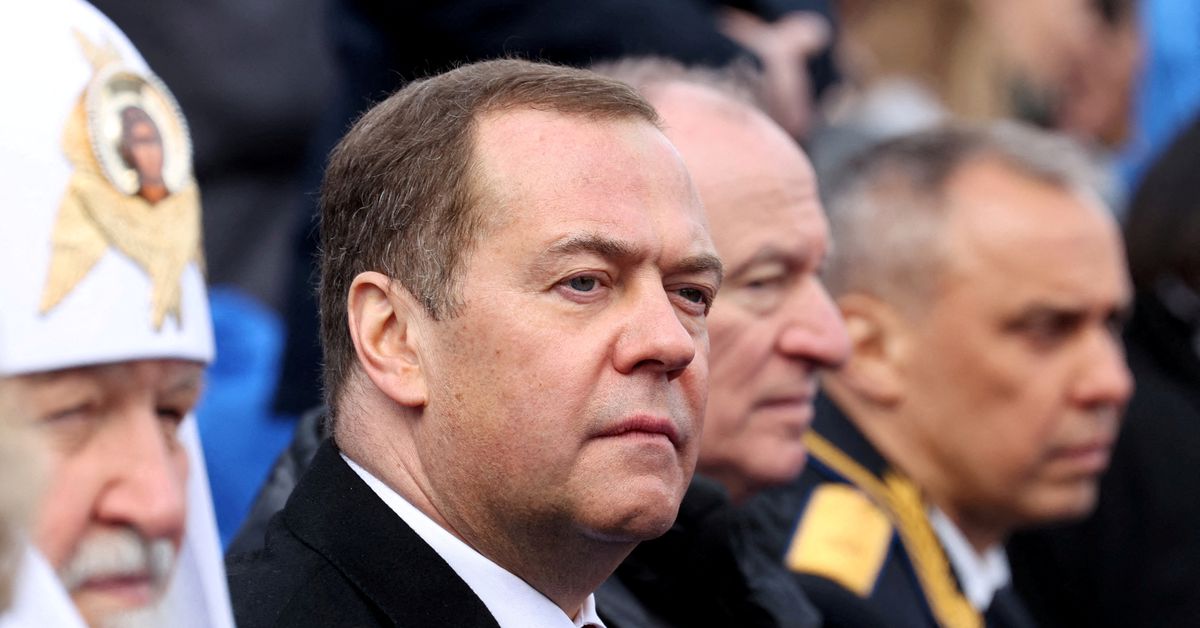 Dmitry Medvedev, deputy chairman of Russia’s Security Council, attends a military parade on Victory Day, which marks the 77th anniversary of the victory over Nazi Germany in World War Two, in Red Square in central Moscow, Russia May 9, 2022. Sputnik/Ekaterina Shtukina/Pool via REUTERS/File Photo

LONDON, May 12 (Reuters) – One of President Vladimir Putin’s closest allies warned the West on Thursday that the increasing military support given to Ukraine by the United States and its allies risked triggering a conflict between Russia and the NATO military alliance.

Russia’s Feb. 24 invasion of Ukraine has killed thousands of people, laid waste to swathes of its former Soviet neighbour and raised fears of the gravest confrontation between Russia and the United States since the 1962 Cuban Missile Crisis.

“NATO countries pumping weapons into Ukraine, training troops to use Western equipment, sending in mercenaries and the exercises of Alliance countries near our borders increase the likelihood of a direct and open conflict between NATO and Russia,” Medvedev said in a Telegram post.

“Such a conflict always has the risk of turning into a full-fledged nuclear war,” Medvedev said. “This will be a disastrous scenario for everyone.”

Putin, who says Ukraine and Russia are essentially one people, casts the war as an inevitable confrontation with the United States, which he accuses of threatening Russia by meddling in its backyard through NATO eastward enlargement.

Ukraine says it is fighting an imperial-style land grab and that Putin’s claims of genocide are nonsense. Kyiv says Putin’s invasion has only strengthened the Ukrainian people’s wish to turn westwards out of Russia’s orbit.