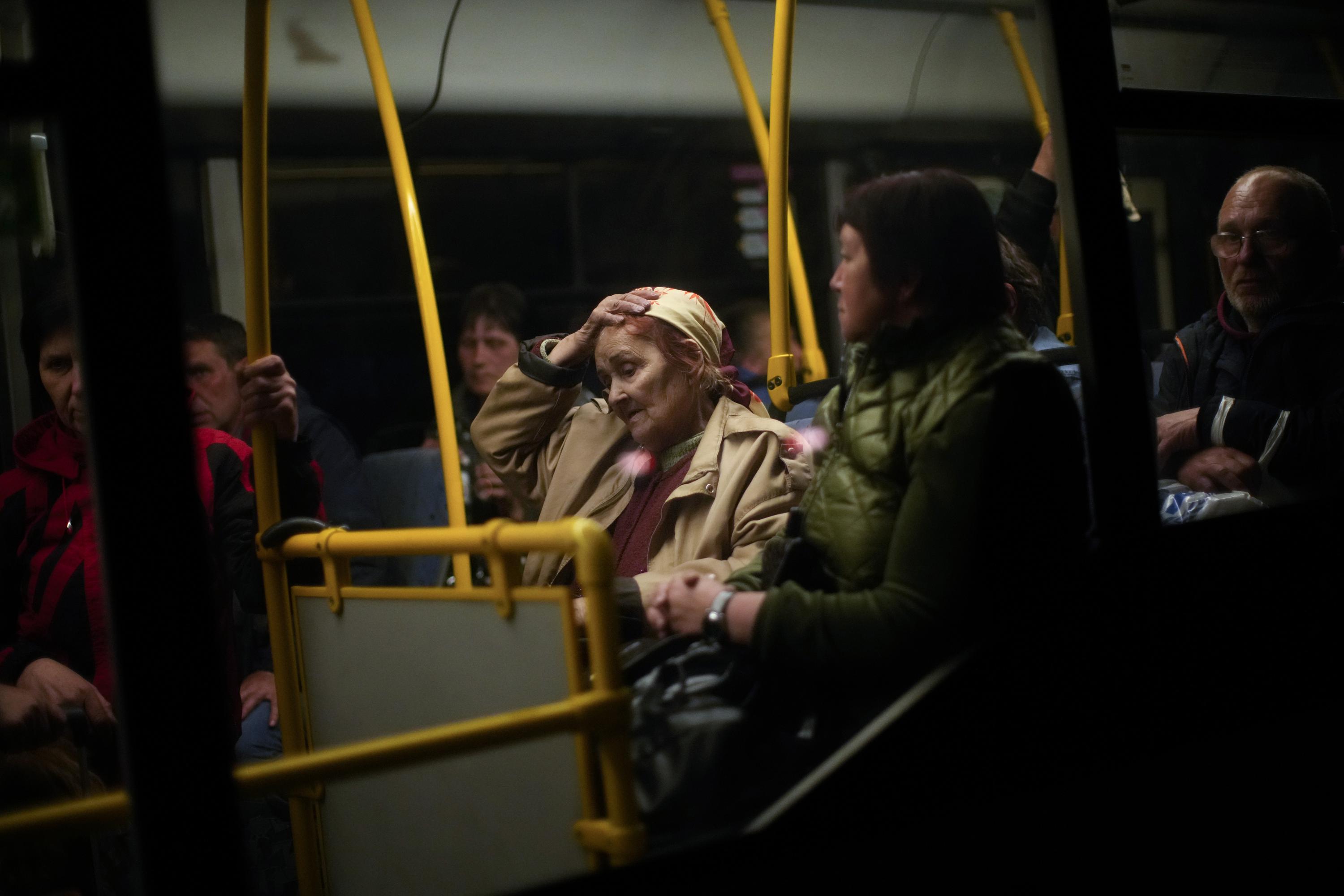 A young girl hugs a beloved scraggly gray stuffed cat at a reception center for the hundreds of civilians evacuated from a Mariupol steel works plant after weeks of bombardment by Russian forces. Nearby, a young man kisses his real gray cat, the eyes of both man and pet closed in relief at their escape.

About 2,000 Ukrainian soldiers remained trapped this week in the tunnels of the Azovstal steel plant, including one service member of the Azov Special Forces Regiment who grimly posed for a photograph, the sleeve of his sweat shirt pulled back to reveal his missing left arm, blown off during the fighting against Russian forces.

This week’s Associated Press images continued to reveal the horrors and occasional lighter moments of the war, now in its eighth week since the Feb. 24 Russian invasion.

A father took a photo of his sons, 3-year-old Maksym and 16-year-old Dmytro atop a destroyed Russian tank Sunday on the outskirts of Kyiv, now again under Ukrainian control.

Police and volunteers exhumed the bodies of civilians killed by Russian shelling in the village of Stepaky, near Ukraine’s second-largest city, Kharkiv, where brutal fighting continues. An elderly woman walked inside a metro station being used as a bomb shelter in Kharkiv, where sleeping bags and small tents lined the long underground platform alongside the train tracks.

An inconsolable widow draped in the blue-and-yellow Ukrainian flag wept at the coffin of her husband, 36-year-old Oleksandr Makhov, a well-known Ukrainian journalist who was killed while fighting with his country’s volunteer forces, at his funeral at St. Michael cathedral in Kyiv.

The war came dangerously close this week to a facility for the mentally and physically disabled in the village of Tavriiske, near the southeastern front line, where staff were trying to decide how to evacuate the 425 residents as the threatening boom of artillery fire punctuated the air.

Still, there were moments of determined resiliency and escape from war, if only briefly, as a young couple embraced in the quiet of a Kyiv park.