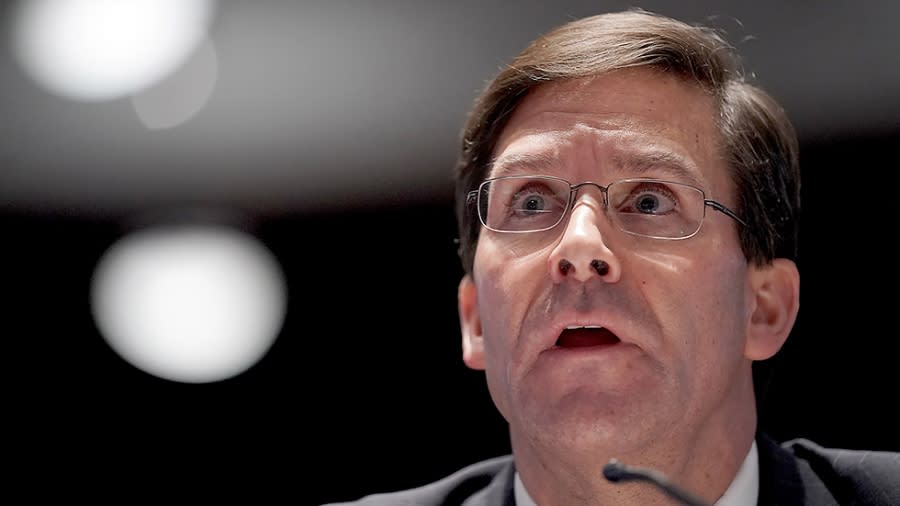 Former Defense Secretary Mark Esper said in an interview on Fox News on Wednesday that the war between Russia and Ukraine is on a larger scale a “war between autocracy and democracy.”

“What Vladimir Putin started, it’s not just a war between Russia and Ukraine, but it’s a war between autocracy and democracy,” he said, speaking to Fox’s Martha MacCallum.

“The Ukrainians are doing what we never hope we’d have to do, which is fight the Russians, and they are beating them pretty well, and I think we should support that,” the former Defense secretary added.

“But at the same time, we need to, you know, understand where that money is going, how it’s being spent and make sure it’s being used appropriately,” he said.

During the interview, Esper, who headed the Defense Department under former President Trump, also critiqued the Biden administration’s handling of defense policy.

“At the same time, the administration needs to increase the funding for our own Defense Department. It’s inadequate. We keep seeing flat budgets being proposed, and, by the way, we have yet to see a national defense strategy after, what, 16 months in office,” Esper said. “So I am concerned about both: what’s happening in Europe but also more broadly the future of the Department of Defense under the Biden administration.”

The interview comes after the former Defense secretary said earlier this week that the Biden administration had a “shaky start” to handling the crisis in Ukraine.

“I would have never taken the military option off the table, for example. I don’t understand the reluctance to provide the Ukrainians with MiGs — fighter jets,” he said in an interview that aired Sunday on CBS’s “60 Minutes.”

“But since then, it’s picked up, I think,” Esper added. “We’re now flowing more supplies, material and weapons into Ukraine. I think they’ve done a good job of bringing allies along which is important.”

Esper served as Defense secretary from 2019 until he was fired in November 2020 after arguments with Trump, then the president, regarding police brutality and the response to racial justice protests taking place across the country at the time.

For the latest news, weather, sports, and streaming video, head to The Hill.

Sorgente articolo:
Esper: Fight in Ukraine is a ‘war between autocracy and democracy’ – Yahoo News