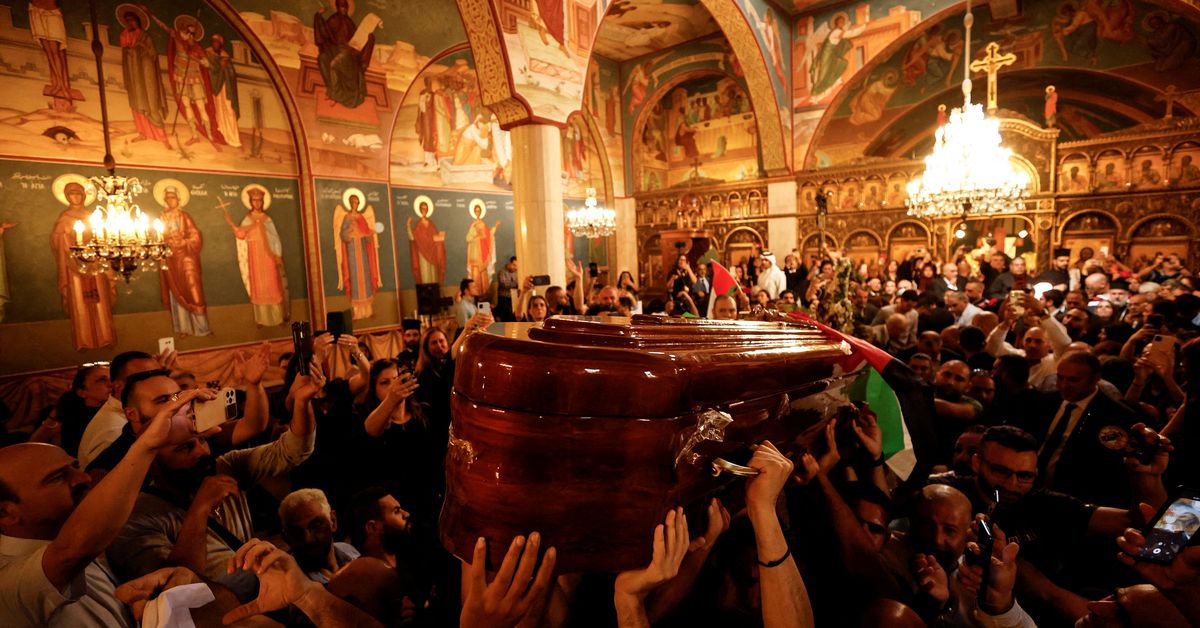 RAMALLAH, West Bank, May 14 (Reuters) – The Palestinian Authority said on Saturday it would welcome international support in the inquiry into the death of an Al Jazeera journalist, while Israel said it would investigate an eruption of violence at her funeral.

The violence added to Palestinian outrage over Abu Akleh’s killing, which has threatened to fuel tensions that have escalated since March.

Palestinian authorities have described the death of Abu Akleh, who was covering an Israeli raid in the Israeli-occupied West Bank, as an assassination by Israeli forces.

Israel initially suggested Palestinian fire might have been to blame, but officials have since said they could not rule out that Israeli gunfire killed her.

Israel’s Internal Security Minister Omer Barlev said that he and the police commissioner had appointed a panel to carry out “a comprehensive investigation of what happened during the funeral, in order to learn lessons from the event”.

Findings will be presented in the coming days.

In Ramallah in the West Bank, Palestinian President Mahmoud Abbas renewed accusations that Israel was behind the killing.

“Israel will not be a partner in any investigation related to the murder of journalist Shireen Abu Akleh because of its responsibility for the crime,” he said on Saturday.

The U.N. Security Council has strongly condemned the killing and called for an “immediate, thorough, transparent, and fair and impartial investigation”.

Hussein al Sheikh, a senior Palestinian Authority official, said on Twitter the authority would welcome the participation of international bodies in its inquiry, though it has rejected an offer from Israel, which has voiced regret over Abu Akleh’s death, to cooperate in the investigation.

Israel’s police said on Saturday it had tried “to facilitate a calm and dignified funeral … and had coordinated the funeral arrangements with her family. Unfortunately, hundreds of rioters tried to sabotage the ceremony and harm the police.”

At a hospital in Jerusalem, a Palestinian died on Saturday of wounds inflicted during clashes with Israeli security forces three weeks ago at the al-Aqsa mosque compound.

It was the first fatality from clashes at the sensitive holy site in several years.