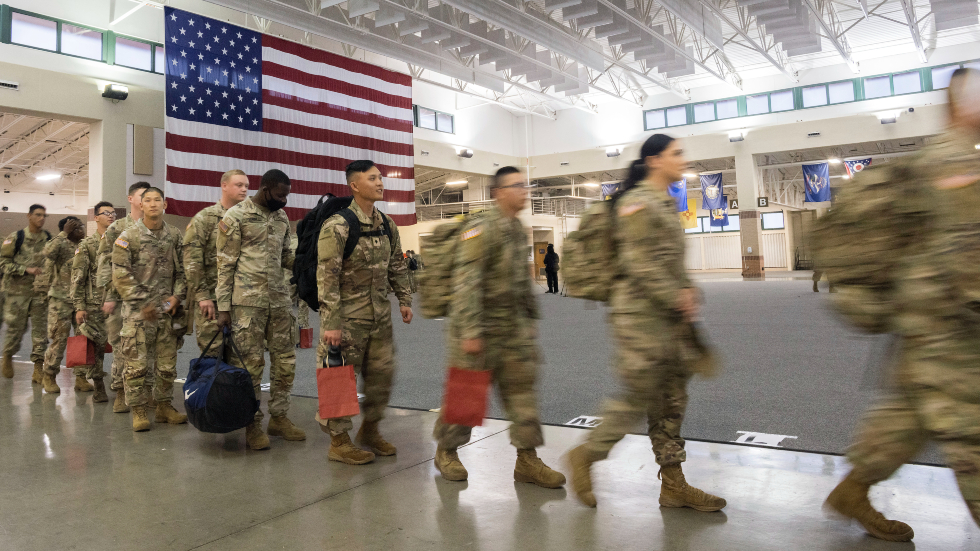 Defense Secretary Lloyd Austin has ordered the deployment of 10,500 troops to replace ones who have been previously deployed to Europe. &nbsp;

Pentagon press secretary John Kirby told reporters that the troops will be deployed “in the coming months,” adding that the U.S.’s force posture in Europe will remain unchanged.

“These are not permanent moves,” Kirby said. “These moves are designed to respond to the current security environment.

“Moreover, these forces are not going to fight in Ukraine, they are going to support the robust defense of NATO allies,” he added.

The U.S. in February and March deployed and repositioned thousands of troops to bolster allies in Europe amid Russia’s aggression toward Ukraine.

Most recently, Austin deployed additional aviation capabilities to the region, which totaled approximately 200 personnel. Those deployments brought the total number of U.S. personnel in Europe to 100,000.

Kirby said that Friday’s deployments will leave that number unchanged, as the deployments are “are one-for-one-unit replacements.”

Additionally, the first Armored Division Combat Aviation Brigade of approximately 1,800 service members from Fort Bliss, Texas, will replace the First Air Cavalry Brigade supporting Operation Atlantic Resolve, which has been a rotational deployment for the Army since 2014. &nbsp;

The units being replaced will return to the U.S. after an “appropriate” turnover of responsibilities, which will occur in the coming weeks and into the summer,” Kirby said.