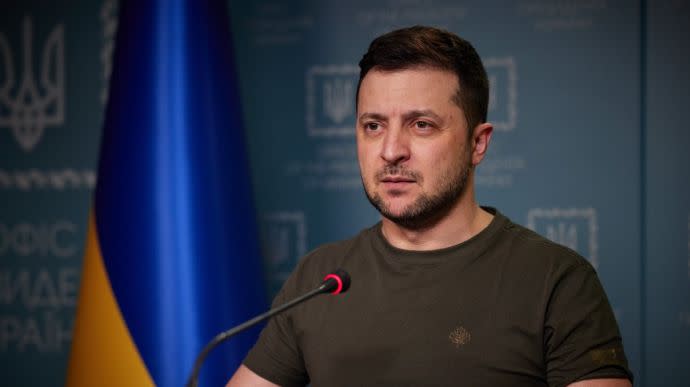 Russia’s losses in the war against Ukraine are increasing and prospects are diminishing, said President of Ukraine Volodymyr Zelenskyy.

Quote: “Today we can report on the 200th downed Russian military aircraft. Russia has not lost so many aircraft in any war in decades.”

“And Russia has lost almost 27,000 soldiers, many of them young conscripts.”

“Russia has lost over three thousand tanks, armoured combat vehicles, a large number of conventional military vehicles, helicopters, drones and all its prospects as a state.”

“Why all this? For a monument to Lenin to stand in the temporarily occupied Henichesk for a little longer? There is no other result for Russia and there will not be any.”

Details: The President of Ukraine added that today no one could predict how long this war would last.

“But we are doing everything we can to liberate our land quickly. This is our priority,” Volodymyr Zelenskyy added.

He noted that it depends not only on Ukrainian fighters, but also on partners, on all “the countries of the whole free world”.

According to the Ukrainian leader, “much more pressure on Russia is needed.”

Sorgente articolo:
Russia lost the 200th aircraft in the war along with all prospects – Zelenskyy – Yahoo News