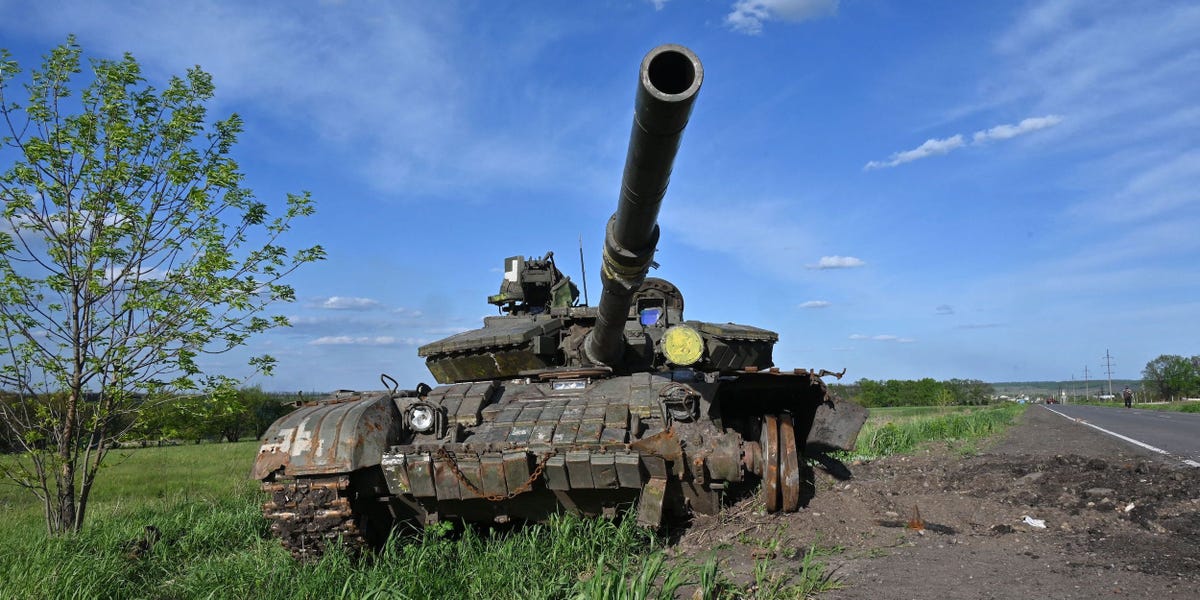 Ukrainian volunteer forces have been using a captured T-80 tank nicknamed “Bunny” against the machine’s previous owners — the Russian army.

The tank was built two years ago and, up until March of this year, was controlled by Russian forces, according to CNN’s Sam Kiley, who met with the volunteer fighters in Ukraine.

A Ukrainian soldier identified solely as Alex, a former software engineer who used to live in the country’s second-largest city of Kharkiv, said he was on a sniper mission when he discovered the abandoned tank in a field in March — just eight days into the unprovoked Russian invasion of Ukraine, Kiley reported.

“This is like my personal tank. I am [the] tank commander and tank owner,” Alex told Kiley in an interview, adding that the “slightly modernized” tank features an auto-loader and can “shoot more advanced, better rounds,” including guided missiles.

Ukrainian and Western officials said earlier this week that Russian forces appear to be withdrawing from the Kharkiv region, The New York Times reported. It was a significant setback for the Russian army since its retreat from Kyiv in early April. UK defense officials cited Russia’s “inability to capture key Ukrainian cities” and “heavy losses” as the reason behind the withdrawal.

Earlier this week, Ukraine mocked Russia’s annual “Victory Day” military celebration in Moscow by hosting their own “parade” featuring captured Russian tanks, “ruining the holiday for the occupiers,” the Ukrainian Defense Ministry wrote in a tweet.

Russian President Vladimir Putin delivered an address during the Russian “Victory Day” celebration on Monday, calling Ukraine and its leaders “Nazis” but did not mention a declaration of war following warnings from Western officials.

“The West was preparing for the invasion of Russia. NATO was creating tensions at the borders. They did not want to listen to Russia. They had other plans,” Putin said in his Victory Day speech. “You are fighting for the motherland, for its future, so that no one forgets the lessons of World War II, so that there is no place in the world for executioners, punishers, and Nazis.”