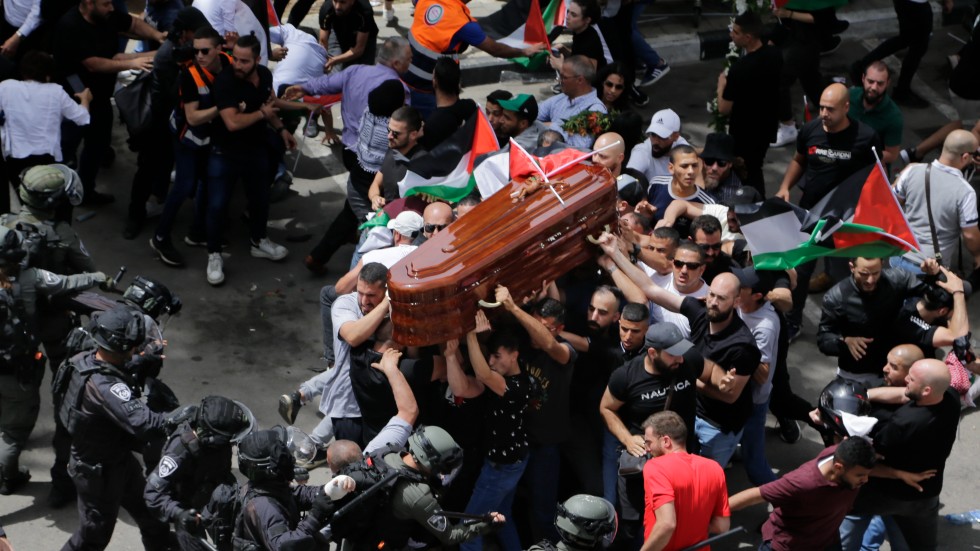 United States Ambassador to the United Nations Linda Thomas-Greenfield said Friday that she was &#8220;deeply distressed by the images from Shireen Abu Akleh’s funeral procession,&#8221; after police struck mourners at the journalist&#8217;s funeral.

Thomas-Greenfield added that &#8220;the tragedy of [Abu Akleh’s] killing should be handled with the utmost respect, sobriety, and care.&#8221;

Mourners had gathered at Abu Akleh&#8217;s funeral with Palestinian flags, chanting, “We die for Palestine to live,” and singing the Palestinian national anthem.

Witnesses say that Abu Akleh was&nbsp;shot dead by Israeli forces earlier this week while covering a military raid in the occupied West Bank. She was a respected and well-known journalist who spent decades covering Israeli-Palestinian conflict in the region.

Following the violence against the mourners, police allowed Abu Akleh&#8217;s family to bring her body to a Catholic Church in the Old City. Demonstrators continued to chant pro-Palestine phrases and wave flags in support of Palestine as they made their way to the cemetery, where she was later buried.