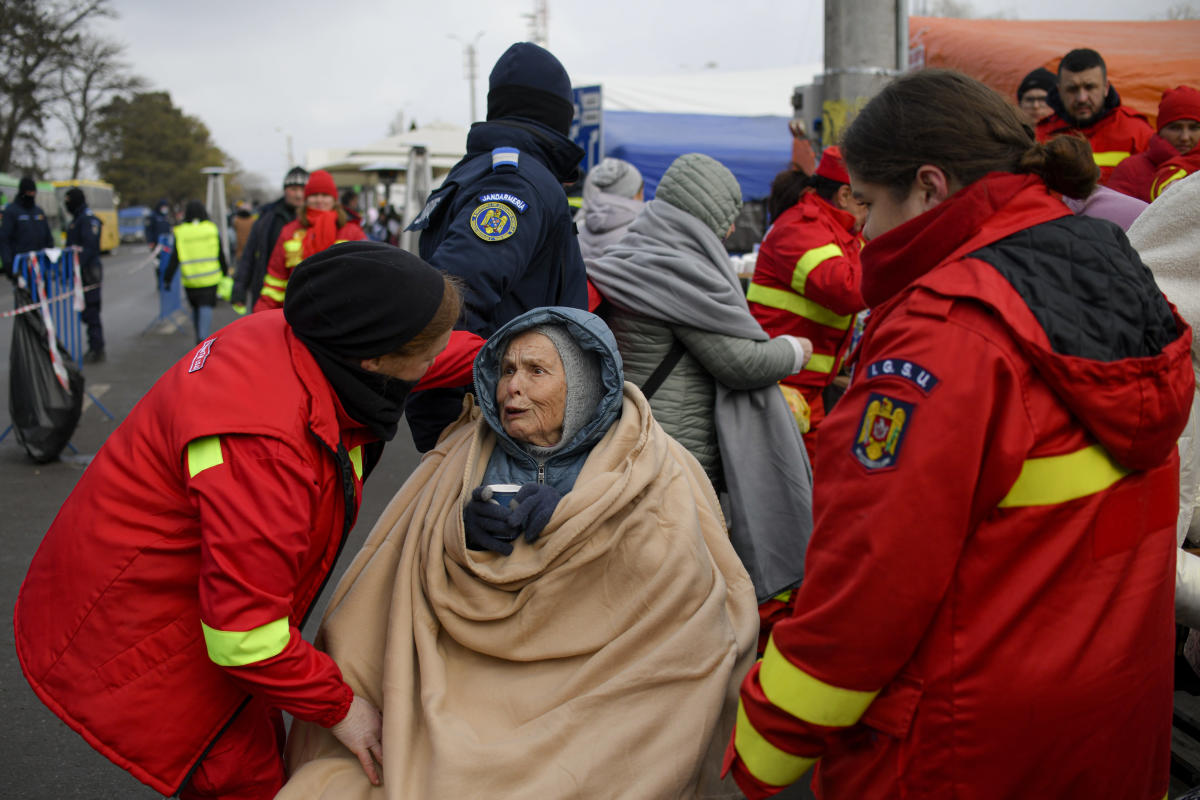 UNITED NATIONS (AP) — The quick acceptance of Ukrainians fleeing Russia’s aggression puts a spotlight on Europe’s “double standard” for migrants, standing against its nonwelcome for people fleeing violence in Africa, the Mideast and elsewhere, the head of the world’s largest humanitarian network said Monday.

Francesco Rocca, president of the International Federation of Red Cross and Red Crescent Societies, said he doesn’t think “there is any difference” between someone fleeing eastern Ukraine’s Donbas region and someone escaping the Boko Haram extremist group in Nigeria.

“Those who are fleeing violence, those who are seeking protection, should be treated equally,” said Rocca, whose organization operates in more than 192 countries with almost 15 million volunteers.

Speaking at a news conference, he said there is “a moral imperative” to help people escaping violence and upheavals, and “the political, public and humanitarian response to the Ukraine crisis has shown what is possible when humanity and dignity comes first, when there is global solidarity.”

“We hoped that the Ukrainian crisis would have been a turning point in the European migration policies,” Rocca said. “But unfortunately, this was not the case.”

He said the 27-member European Union still has different approaches to migration at its eastern border from Ukraine and its southern border on the Mediterranean.

The war, which Russia insists on calling a “special military operation,” has prompted one of the worst humanitarian crises in Europe since World War II.

By contrast, Rocca said, migrants, refugees and asylum seekers trying to get to Europe are still dying, facing abuse and struggling to access essential services.

Over 48,000 migrants have died or disappeared since 2014 while traveling at sea, and the deadliest route is that taken by migrants across the central Mediterranean to Europe, with at least 19,000 such deaths, he said.

Those who arrive, mainly in Italy, Greece and Spain, are often put in camps and face long waits for their asylum claims to be heard.

“In Europe there is a big heart and soul, because the community in Europe were able to open their arms, receiving millions in a few days of Ukrainians,” Rocca said. “So, they lie about the threat that is coming from the Mediterranean Sea, when it comes about a few thousands of people.”

He said that “ethnicity and nationality should not be a deciding factor to saving life.”

“There is a double standard,” Rocca said. “This is evident. It is in our eyes, and we cannot deny it when it comes about seeking protection.”

Rocca was at U.N. headquarters for the first review of the 2018 compact to promote safe and orderly migration and reduce human smuggling and trafficking. It was the first global document to tackle the migration issue and was signed by more than 190 nations. U.S. President Donald Trump’s administration boycotted the negotiations.

While progress has been made on the compact, mainly when it comes to Ukrainians, Rocca said there is still “a long road” to realize the compact’s vision and commitments. He said many migrants’ lives have been lost due to the failure of governments to change their policies to ensure safe and dignified migration.

“Governments have the right to set migration policies and to manage their borders,” he said. “They are obliged to do so in a way that prevents suffering and death.”