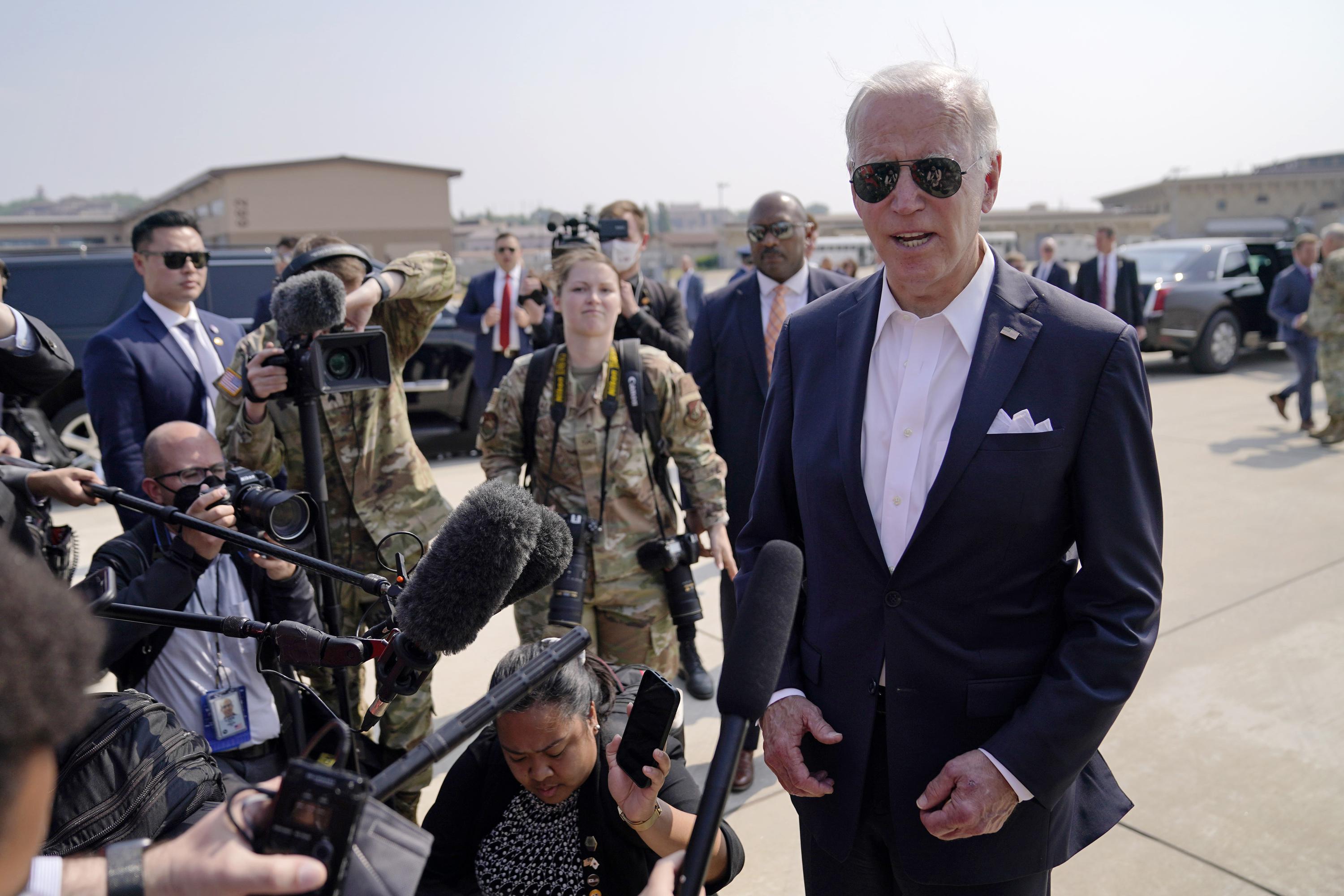 PYEONGTAEK, South Korea (AP) — President Joe Biden said Sunday that recent cases of monkeypox that have been identified in Europe and the United States were something “to be concerned about.”

In his first public comments on the disease, Biden added: “It is a concern in that if it were to spread it would be consequential.”

The president was asked about the disease as he spoke to reporters at Osan Air Base in South Korea, where he visited troops before taking off for Japan to continue his first trip to Asia as president.

“They haven’t told me the level of exposure yet but it is something that everybody should be concerned about,” Biden said. He added that work was underway to determine what vaccine might be effective.

Jake Sullivan, Biden’s national security adviser, told reporters aboard the flight to Tokyo that the United States has a supply of “vaccine that is relevant to treating monkeypox.”

“We have vaccine available to be deployed for that purpose,” he said. Sullivan said Biden was getting regular updates on the outbreak.

Monkeypox is rarely identified outside of Africa, but as of Friday, there were 80 confirmed cases worldwide, including at least two in the United States, and another 50 suspected ones.

Although the disease belongs to the same virus family as smallpox, its symptoms are milder. People usually recover within two to four weeks without needing to be hospitalized, but the disease occasionally is deadly.

Sorgente articolo:
Biden says monkeypox cases something to ‘be concerned about’ – The Associated Press