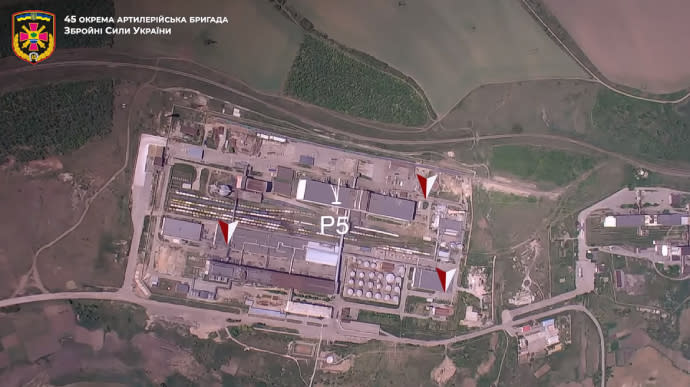 Ukrainian artillerymen have revealed how they are using space reconnaissance and specifically the Spectator UAV to destroy Russian occupation forces.

Quote: “An effective combat test drive of the Ukrainian Spectator UAV by the 45th Separate Artillery Brigade! There is always work for drones in the unit on the front line. Space reconnaissance has just provided the data – there is a goal worth pursuing, an enemy object.

In the evening, the drone flew on a reconnaissance mission and confirmed that we’re in business! We postponed the ‘tasty’ part for early morning on the next day. We flew out again and worked clearly and carefully with the support of a 2C7 gun. The hot smell of a Ukrainian “Pion” (the name of the gun) was the last thing the occupiers felt.”

Details: According to the artillerymen, they destroyed a tanker and several units of light armoured vehicles.

Reference: Spectator is the first Ukrainian-made unmanned aerial vehicle to enter the Armed Forces of Ukraine. It was created in 2014.

Designed for aerial photography and reconnaissance, it can be used for search and rescue operations, as well as monitoring border areas, oil and gas pipelines, bodies of water and forests.