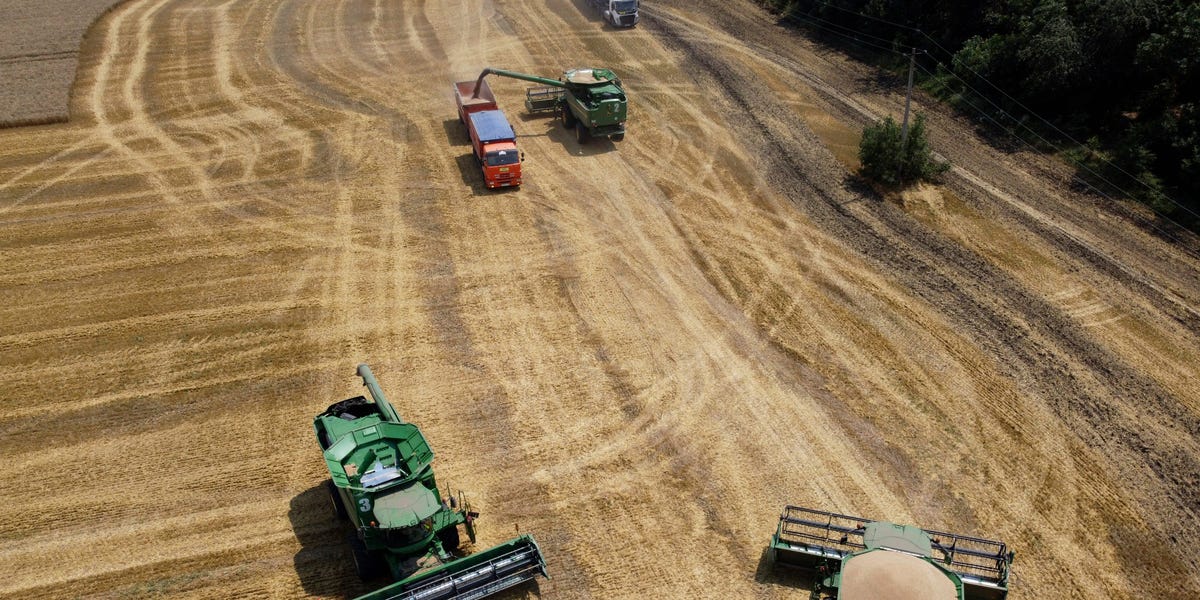 The world has about 10 weeks of wheat supplies stored as Russia’s invasion of Ukraine enters its fourth month, a food insecurity expert told the UN.

Sara Menker, the CEO of agriculture analytics firm Gro Intelligence, told the UN Security Council that the Russia-Ukraine war was not the cause of a food security crisis but “simply added fuel to a fire that was long burning.”

Ukraine is considered the world’s “breadbasket” and Russia and Ukraine combined account for almost a third of the world’s wheat exports.

This comes as US Secretary of State Antony Blinken accused Russia of using food as a weapon. Blinken, also addressing the UN Security Council, said that Russia was holding food “hostage” not just for Ukrainians but for millions across the world.

“The Russian government seems to think that using food as a weapon will help accomplish what its invasion has not – to break the spirit of the Ukrainian people,” Blinken said.

“We currently only have 10 weeks of global consumption sitting in inventory around the world. Conditions today are worse than those experienced in 2007 and 2008,” she said.

Menker said estimates from official government agencies from across the world show that wheat inventories at 33% of annual consumption, but added that models created by Gro Intelligence show that the figure may actually be closer to 20%, a level not seen since 2007 and 2008.

“It is important to note that the lowest grain inventory levels the world has ever seen are now occurring while access to fertilizers is highly constrained,” she said. “And drought in wheat growing regions around the world is the most extreme it’s been in over 20 years. Similar inventory concerns also apply to corn and other grains.”