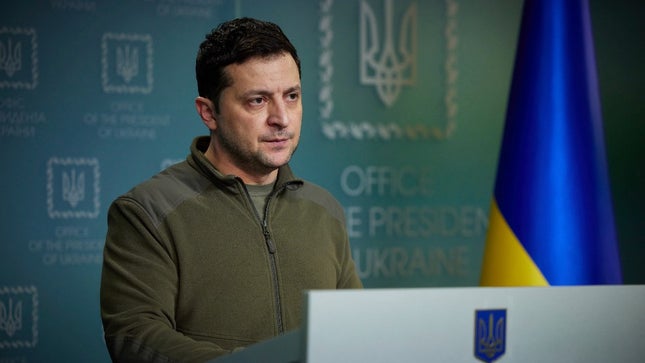 Speaking with media representatives following a meeting with Portuguese Prime Minister António Costa, Zelensky said that the worldwide energy crisis would be followed by a food crisis if other countries do not aid Ukraine in unblocking its ports and resuming exports.

Food prices are already skyrocketing around the world, causing some countries to ban the exports of key agricultural commodities.

In the U.S., the annual index for consumer food prices shot up by 9.4 percent in April, reaching a 40-year high.

“There will be a crisis in the world. The second crisis after the energy one, which was provoked by Russia. Now it will create a food crisis if we do not unblock the routes for Ukraine, do not help the countries of Africa, Europe, Asia, which need these food products,” Zelensky warned.

Zelensky pleaded with the international community to provide aid to Ukraine, specifically military equipment that can be used to unblock Ukrainian ports.

“Russia has blocked almost all ports and all, so to speak, maritime opportunities to export food &#8211; our grain, barley, sunflower and more,” said Zelensky. “You can unblock them in different ways. One of the ways is a military solution. That is why we turn to our partners with inquiries regarding the relevant weapons.”

The $40 billion package is the largest yet from the U.S. to Ukraine, bringing the total aid for Ukraine that Congress has approved this year to nearly $54 billion.