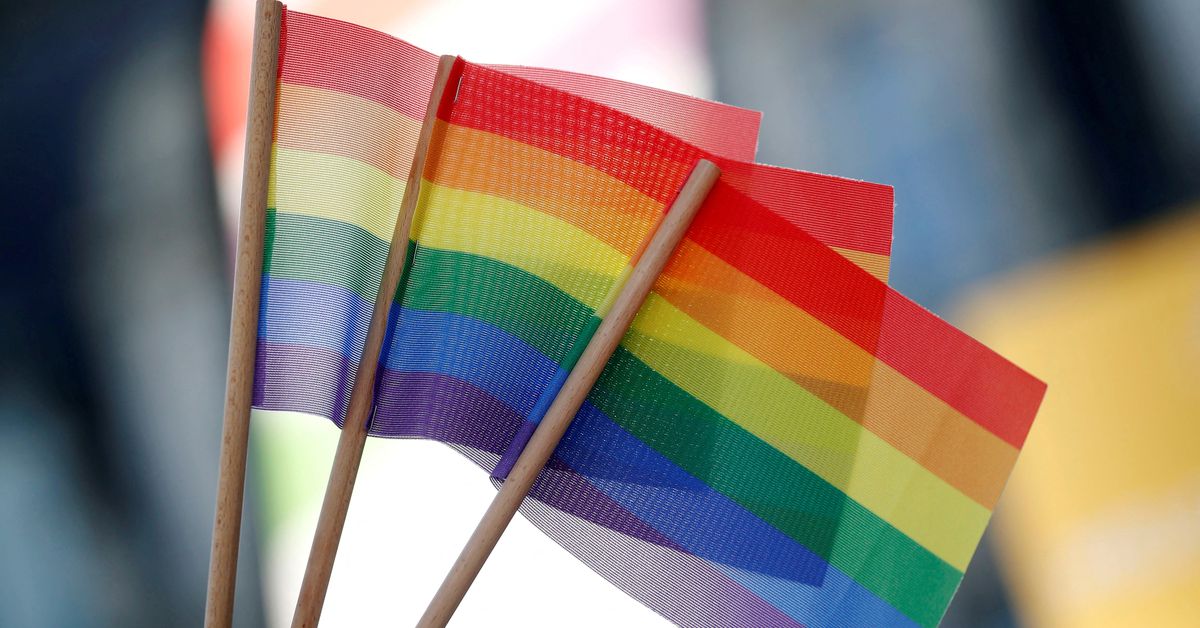 A participant holds rainbow flags at the international Rainbow Memorial Run during the inauguration of the Gay Games village at the Hotel de Ville city hall in Paris, France, August 4, 2018. REUTERS/Regis Duvignau

JAKARTA, May 23 (Reuters) – Indonesia summoned Britain’s ambassador on Monday to explain the raising of a lesbian, gay, bisexual and transgender (LGBT) flag at its embassy, and urged foreign missions to respect local “sensitivities” following a backlash among conservatives.

Barring the sharia-ruled province of Aceh, homosexuality is not illegal in Indonesia, the world’s largest Muslim-majority country, although it is generally considered taboo.

The rainbow LGBT flag was flown alongside the British flag at the country’s embassy in Jakarta on May 17 to mark the International Day Against Homophobia, Biphobia and Transphobia, according an Instagram post by the embassy.

Alumni 212 Brotherhood, an influential conservative Islamic movement, in a statement said the flag sullied the “sacred values of Indonesia”.

“The foreign ministry reminds foreign representatives to be respectful of the sensitivities among Indonesians on matters relevant with their culture, religion and belief,” he said.

A British embassy spokesperson did not immediately respond to a request for comment.

Faizasyah said that though an embassy is sovereign territory, the Vienna Convention on Diplomatic Relations stipulates only that nation’s flag can be flown.

Indonesia is becoming less tolerant of its LGBT community as some politicians become more vocal about Islam playing a larger role in the state, according to activists and human rights groups.

A 2020 survey by the Pew Research Center also showed that 80% of Indonesians believe homosexuality “should not be accepted by society”.

Last week, Indonesia’s chief security minister said a revision of the criminal code being deliberated by parliament included some articles aimed at the LGBT community, a move backed by some conservative lawmakers.

His remarks followed a backlash over a popular podcast that was forced to scrap an episode this month in which a gay couple was interviewed.