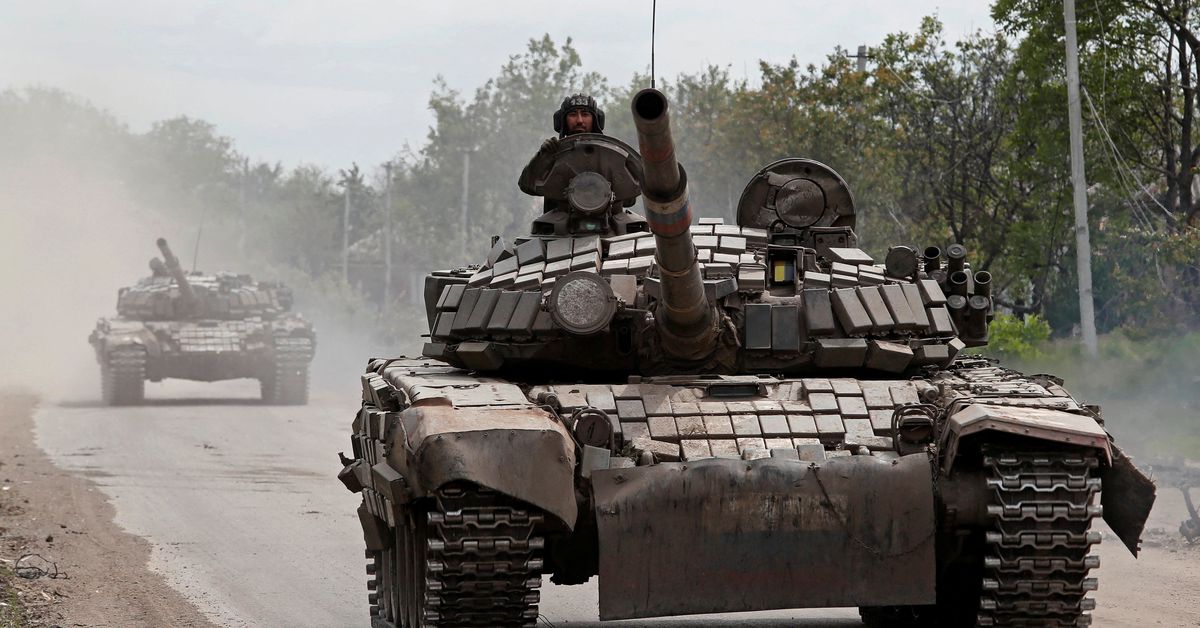 Tanks of pro-Russian troops drive along a street during Ukraine-Russia conflict in the town of Popasna in the Luhansk Region, Ukraine May 26, 2022. REUTERS/Alexander Ermochenko

May 27 (Reuters) – Russia needs huge financial resources for its military operation in Ukraine, Finance Minister Anton Siluanov said on Friday, putting the amount of budget stimulus for the economy at 8 trillion roubles ($120 billion).

Russia sent tens of thousands of troops into Ukraine on Feb. 24, which prompted the West to impose sanctions against Moscow that have already fanned inflation to near 18% and pushed the country to the brink of recession.

“Money, huge resources are needed for the special operation,” Siluanov said in a lecture at a Moscow financial university.

President Vladimir Putin this week ordered 10% rises in pensions and the minimum wage to cushion Russians from inflation, but denied the economic problems were all linked to what Russia calls “a special military operation” in Ukraine. read more

The measures would cost the federal budget around 600 billion roubles this year and about 1 trillion roubles in 2023, Siluanov said earlier this week.

In a TV interview aired late on Friday, Siluanov said Russia will receive up to 1 trillion roubles in extra oil and gas revenues this year, funds which will be channelled to pay for increased social welfare payments.

“We will keep the investments that were made by foreigners from unfriendly countries in Russia in the same way as they will keep our gold and forex reserves,” Siluanov said, referring to the Western move to freeze around $300 billion worth of Russia’s international reserves it had accumulated over years.

Siluanov said restrictions on capital moves for foreign investors could remain in place until either sanctions are lifted or reserves are unfrozen.

Reporting by Reuters; Editing by Angus MacSwan and Sandra Maler