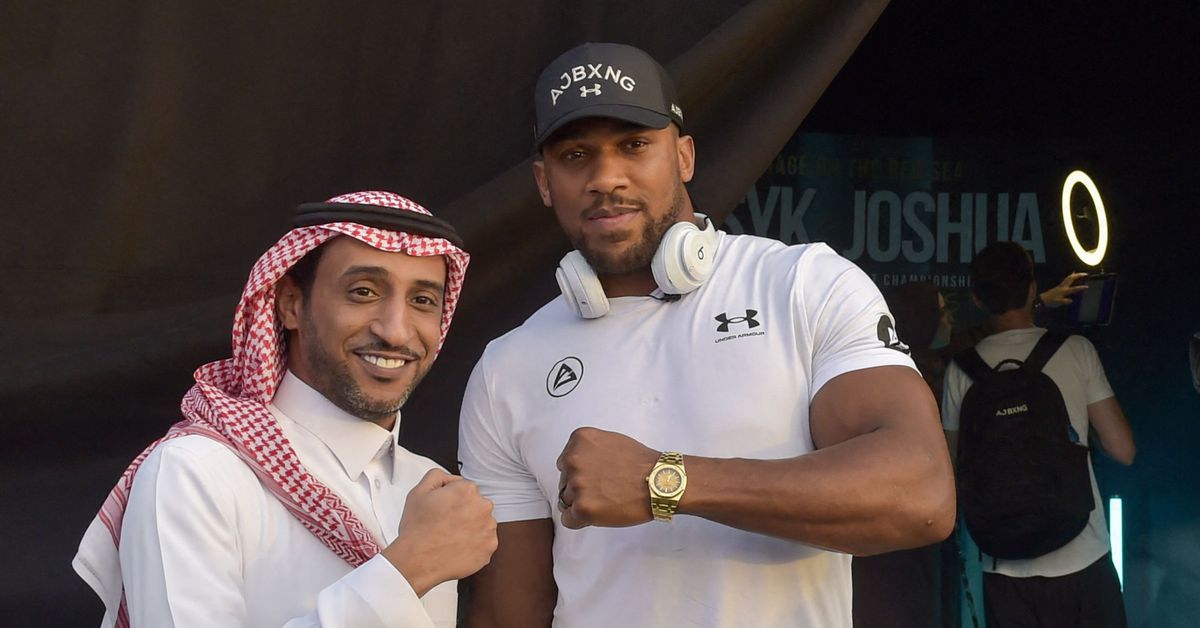 During a press conference to promote his upcoming rematch against Oleksander Usyk on Aug. 20 in Saudi Arabia, the former two-time heavyweight champion showed little concern with regards to the kingdom’s well-documented abuses, and even claimed to be unfamiliar with the term “sportswashing.”

“I don’t know what that is,” Joshua said during the media event in reference to the term used to describe how authoritarian regimes weaponize sports in an attempt to polish their image abroad and distract from human rights abuses. “I’m here to win the heavyweight champion of the world. I like Saudi. I think Saudi’s good. I’m having a good time here. I’m treated really well.”

Saudi had already spent at least $1.5 billion on high-profile international sports and entertainment events over the past few years, including a long-term deal with World Wrestling Entertainment (WWE), as well as golf, tennis and horse-racing. Most recently, the Saudi-funded LIV Golf Series emerged as a significant competitor to the long-established PGA tour by offering top players huge monetary incentives.

The strategic investment in sports is part of the kingdom’s ‘Vision 2030’ masterplan that aims to reduce Saudi’s economic dependence on oil. However, the plan also led to a brutal crackdown on dissent, including feminist activists, religious clerics and opposition leaders.

Saudi has also continued to wage war in Yemen, which has led to a humanitarian crisis among the worst in the world, with widespread hunger, disease and attacks on civilians. More than four million people have fled their homes while another 21 million are in need of humanitarian aid and assistance.

Despite Saudi Arabia’s well-documented abuses, which also include its brutal assassination of dissident journalist Jamal Khashoggi, Joshua continued to feign ignorance when questioned by reporters.

“All that allegation stuff, for me, I’m not caught up in any of that stuff,” Joshua said. “I’m here to have a good time, mix with the local people, bring entertainment to Saudi.”