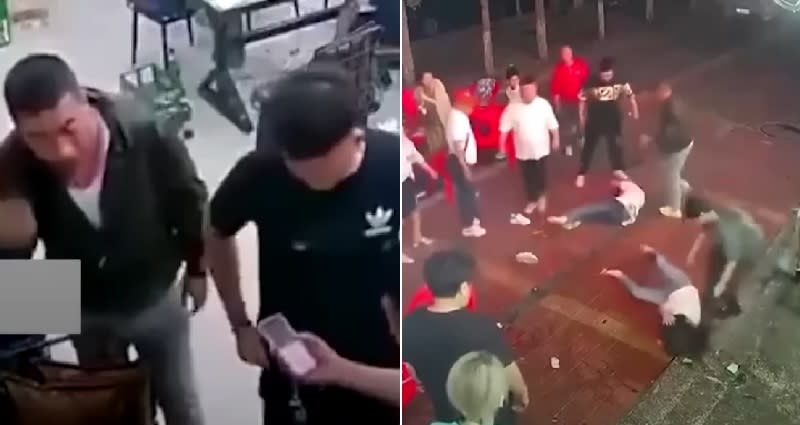 The deputy police chief handling the vicious attack on a group of women in the Chinese city of Tangshan earlier this month has been fired.

Without detailing the reason for the dismissal, Hebei’s discipline inspection and supervision authority announced on Tuesday that the deputy chief, identified by his surname Li, had been relieved of his post.

Li was responsible for the initial handling of the case involving the attack on four women by a group of several people at a barbecue restaurant on June 10.

The official notice also revealed that Lubei district police chief Ma Aijun and four other officers have been placed under investigation.

According to the announcement, the agency “carried out in-depth investigations into untimely police dispatch, irregular law enforcement and serious violations of discipline and law.”

The announcement came amid growing public scrutiny after security camera footage of the incident went viral on Chinese social media.

In the video, a man is first seen entering the restaurant before walking over to a group of four women. He then appears to talk to one of them and put his hand on her back. When she tries to push him away twice, the man retaliates by slapping her and engaging the others at the table in a fight.

Other men rush into the establishment and start attacking the women. The men can be seen kicking the women and then dragging them outside to be beaten further.

The incident sparked national outrage and widespread discussions online over male violence against women in the country.

The day after the incident, the Tangshan police announced that they hadve arrested all nine suspects, including two of the men’s female companions who did not participate in the violence.

More from NextShark: Thai Teen Dies From Doing 100 Squat Jumps as Punishment for Not Doing Homework

It was revealed that at least five of the suspects had previous criminal records that ranged from intentional infliction of harm to running an illegal online gambling ring.

The earlier announcement noted that the two hospitalized victims had been transferred from intensive care into a regular patient room. They were reportedly in stable condition and recovering from non-life-threatening injuries.