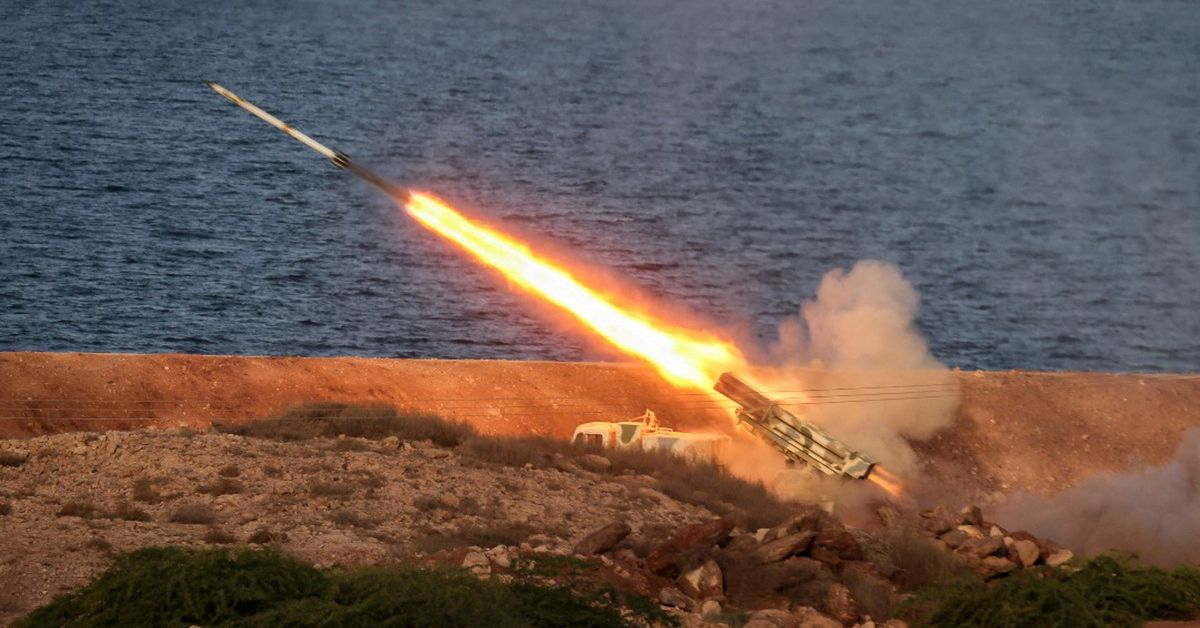 DUBAI, July 1 (Reuters) – The spectre of an emerging Arab-Israeli bloc that could tilt the Middle East balance of power further away from Iran is driving the Islamic Republic to pursue nuclear talks with world powers with renewed determination, officials and analysts said.

Indirect talks in Qatar between Tehran and Washington on salvaging a 2015 nuclear pact ended on Wednesday without progress. Iran questioned the United States’ resolve, and Washington called on Tehran to drop extra demands.

But the talks’ difficulty has not discouraged Iran, two officials and a politician, all Iranian, told Reuters, adding Iran’s hardline establishment was set on pursuing diplomacy.

A deal would see a lifting of sanctions that have shackled its economy, eventually reviving oil exports towards the estimated 2.8 million barrels per day (bpd) shipped before the reimposition of sanctions, from under one million currently.

For Iran, the unfavourable alternative could be a war in a region where geopolitical shifts may evolve into a U.S.-led alliance hostile to Tehran, the officials and politician said.

“The region is changing, alliances are changing. Israel is normalising ties with Arab countries and Americans support all these developments,” said a senior Iranian official, who is close to Iran’s top decision-makers.

“These are serious threats that need to be thwarted. Our enemies are praying to God for the end of the nuclear talks. But it will not happen.”

To keep the talks alive, almost two weeks ahead of U.S. President Joe Biden’s trip to Israel and Saudi Arabia, Iran agreed to hold the talks in Doha aimed at finding a diplomatic solution to the impasse. read more

“The Doha meeting’s message to countries in the Persian Gulf was simple: unlike what Israel claims, Iran believes in diplomacy as a solution for all issues, from nuclear to regional and beyond,” said another Iranian official.

After the Doha talks fizzled, diplomats said there would be more “talks for talks”.

“There is real cost to declaring failure. And that cost inevitably rises with each attempted (and failed) diplomatic foray, as prospects for a deal narrow and as the temptation of a risky, confrontational alternative grows,” said Ali Vaez, senior Iran analyst at the International Crisis Group.

Drawing closer in recent years to U.S.-aligned Arab states who worry that Iran could become a new regional hegemon hostile to their interests, Israel has offered defence cooperation.

Washington hopes more cooperation would further integrate Israel in the region. It may also preface more normalisation with Israel, including by Saudi Arabia, following the Abraham Accords with the United Arab Emirates and Bahrain in 2020.

Widely believed to have the Middle East’s only nuclear arms but which sees Iran as a existential threat, Israel has threatened to attack Iranian nuclear sites if diplomacy fails to contain Tehran’s nuclear ambitions.

Iran, for its part, will seek to weaken any regional anti-Tehran bloc, said Sanam Vakil, an analyst at Britain’s Chatham House, adding it will seek “opportunistic ways to divide regional states and infiltrate this alliance should it develop.”

Iran has long said its uranium enrichment programme, a potential pathway to nuclear weapons, is only for peaceful purposes and has vowed a “crushing response” to any Israeli aggression. Under the 2015 deal, Iran curbed the programme in exchange for relief from economic sanctions.

“We are in no rush. With or without the deal, the Islamic Republic will survive. Our nuclear programme is advancing every day. Time is on our side,” said the second official. “But we want a deal that 100% serves our national interests. We want a good deal.”

Then-U.S. President Donald Trump reneged on the accord in 2018 and reimposed U.S. sanctions. In response, Tehran breached the deal in several ways including by rebuilding stocks of enriched uranium.

The broad outline of the revived deal was essentially agreed in March after 11 months of indirect talks in Vienna.

But then talks broke down, largely due to Tehran’s demand that Washington remove its Revolutionary Guards (IRGC) from a U.S. terrorism list and the U.S. refusal to do so, arguing that this was outside the scope of reviving the agreement.

Republicans in the United States argue dropping the FTO label would show the Democrat administration is soft on terrorism, a charge U.S. officials deny.

One Iranian and one European official told Reuters the demand has now been taken off the table, but still two issues, including one on sanctions, are unresolved.

“We sent Americans messages via mediators that lifting sanctions on the Khatam al-Anbiya Construction Headquarters is essential for reaching an agreement,” said a hardline Iranian security official, who asked not to be named.

The IRGC’s economic arm, Khatam al-Anbiya, controls a vast network of businesses, ranging from oil and gas to construction.

When asked to comment, a State Department spokesperson said: “We are not negotiating in public and are not going to respond to speculation about Iran’s positions.”

Vaez said such demands were the clearest sign of Tehran’s inability or unwillingness to understand U.S. political constraints. He said: “Tehran’s demand for IRGC-related sanctions relief faces the same obstacle that the Guards’ de-listing from the FTO was confronted with”.

Also Iran wants guarantees that no U.S. president will abandon the deal, the same way Trump did. But Biden cannot promise this because the nuclear deal is a non-binding political understanding, not a legally-binding treaty.