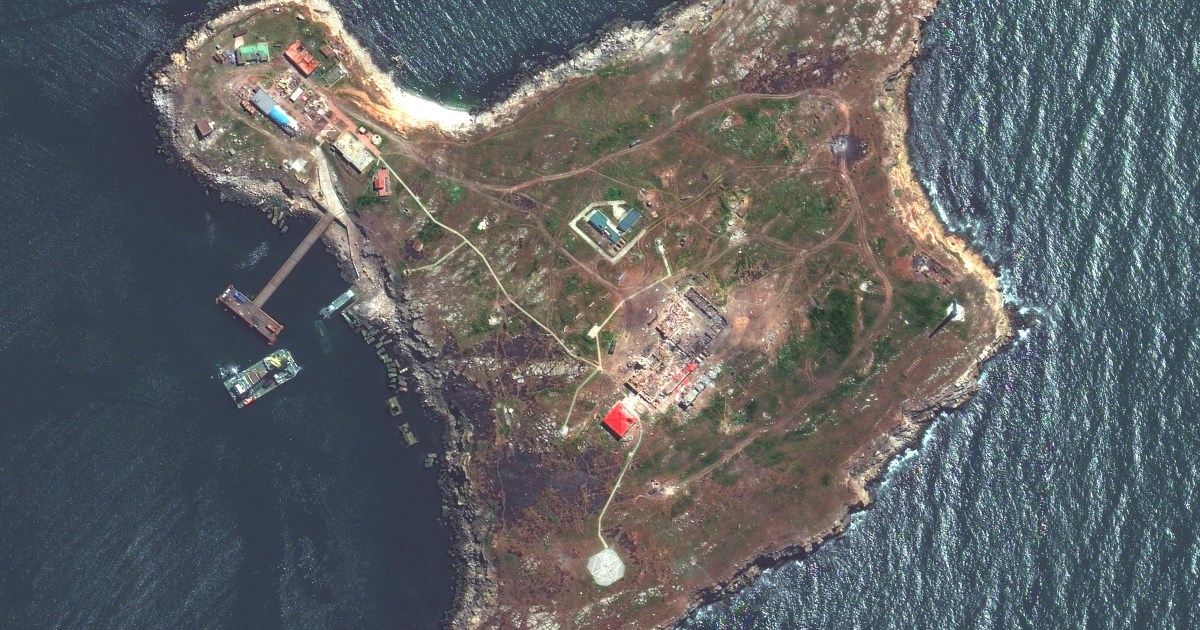 Russian forces have withdrawn from Snake Island in the Black Sea in a move Ukraine hailed as a victory and Russia said showed Moscow was not seeking to hinder the United Nations’ efforts to organise a corridor for the export of Ukrainian food products.

Ukraine’s military claimed on Thursday that it had forced the Russians to flee in two small speedboats following a barrage of Ukrainian artillery and missile strikes.

Snake Island is a rocky outcrop that overlooks sea lanes to Odesa, Ukraine’s main Black Sea port, where Russia is blocking food exports from one of the world’s leading grain suppliers.

“The most significant aspect is that this could open the door to Ukrainian grain exports from Odesa, which is critical for Ukraine’s economy and for the global food supply,” said Rob Lee of the United States-based Foreign Policy Research Institute.

Lifting the Ukraine ports blockade has been a primary goal of the West.

But several military experts said that driving the Russians from Snake Island would not by itself be enough to unblock the ports.

Here are five things to know about the island and its strategic importance.

Battle for the Black Sea

Achilles and the Trojan War