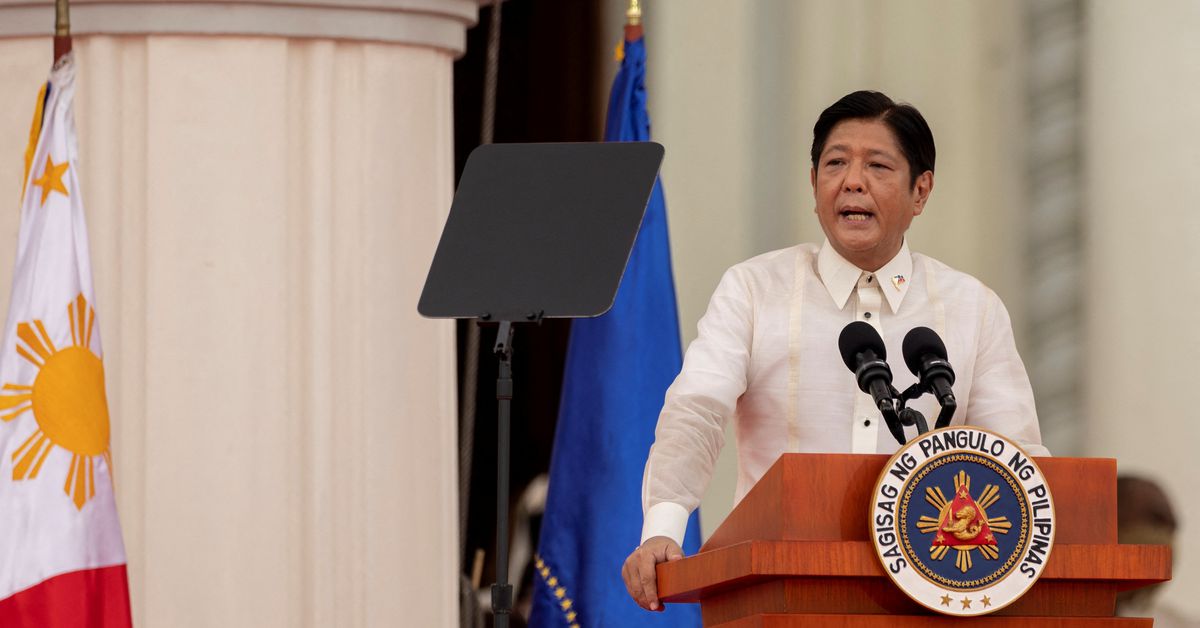 MANILA, July 2 (Reuters) – In one of his first legislative acts, newly-inaugurated Philippines President Ferdinand Marcos Jr has vetoed a bill sponsored by his lawmaker sister that would have created a special economic zone north of the capital, the presidential office said on Saturday.

Marcos, 64, who took office on June 30 after winning the May election by a landslide, has inherited over $200 billion in government debt driven by his predecessor’s pandemic response and the impact on the economy.

“Fiscal prudence must be exercised particularly at times when resources are scarce and the needs are abundant,” Marcos said in a letter on Friday addressed to Congress.

In May, the upper chamber of congress passed a bill creating a special economic zone in Bulacan province. It was authored by Senator Imee Marcos, one of the president’s many political allies in Congress. read more

Senator Marcos did not immediately respond to a request for comment.

The special economic zone would have included a $15 billion international airport project of conglomerate San Miguel Corp (SMC.PS). The international airport will be designed to handle 100 million passengers annually, compared with the 31-million capacity of the existing main gateway in Manila.

Marcos, the son of the Philippine ruler overthrown in a popular uprising 36 years ago, was sworn in as the country’s president on Thursday, promising to strive for unity and a better future while praising his late father’s legacy.