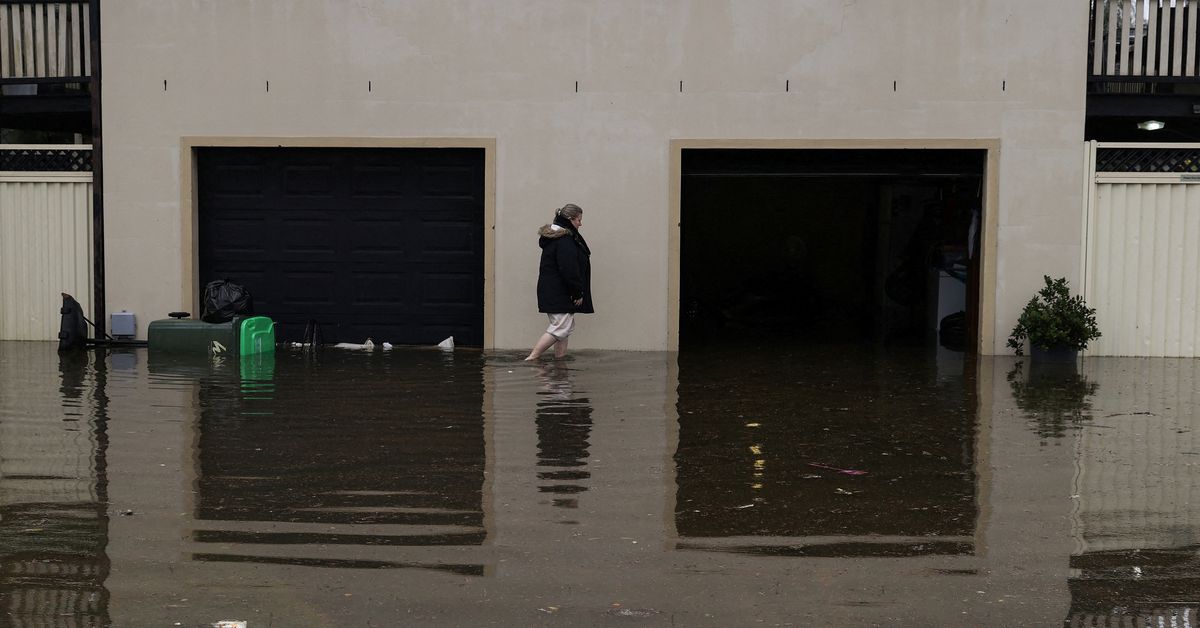 SYDNEY, July 5 (Reuters) – Sydney resident Kevin has endured four floods in his home within the last six months. His yard is filled with filthy debris and he points to grime on the walls of his house up to the height of his shoulders caused by the flood waters.

He left his house on Tuesday as one of thousands of residents in New South Wales, mostly in Sydney’s western suburbs, who needed to evacuate or were warned that they might receive evacuation orders. read more

Kevin, who gave only his first name, and who is currently undergoing cancer treatment, had planned to move following three recent floods in his suburb of Camden. But moving companies were unable to agree on a date, which resulted in Kevin’s belongings becoming damaged by the latest deluge.

“Of course I’ve had enough… It’s all over, I’m going to move,” Kevin told Reuters.

The latest wild storm cell — which brought a year’s worth of rain in three days to some areas — is likely to ease in Sydney from Tuesday, the Bureau of Meteorology (BoM) said. But the risk of flooding could remain through the week with most river catchments already near capacity even before the latest deluge.

The wild weather also affected fellow Camden residents, Gai and Kim Peters, who filled the footpath in front of their home with flood-damaged furniture and a mattress as they began to clean up. They purchased the house just over two years ago.

Gai said she was “absolutely devastated”.

“It’s really hard… We’re just doing one day at a time, getting through it. We’ve got a lot of family that have come and (are) helping… we’ll get through it.”