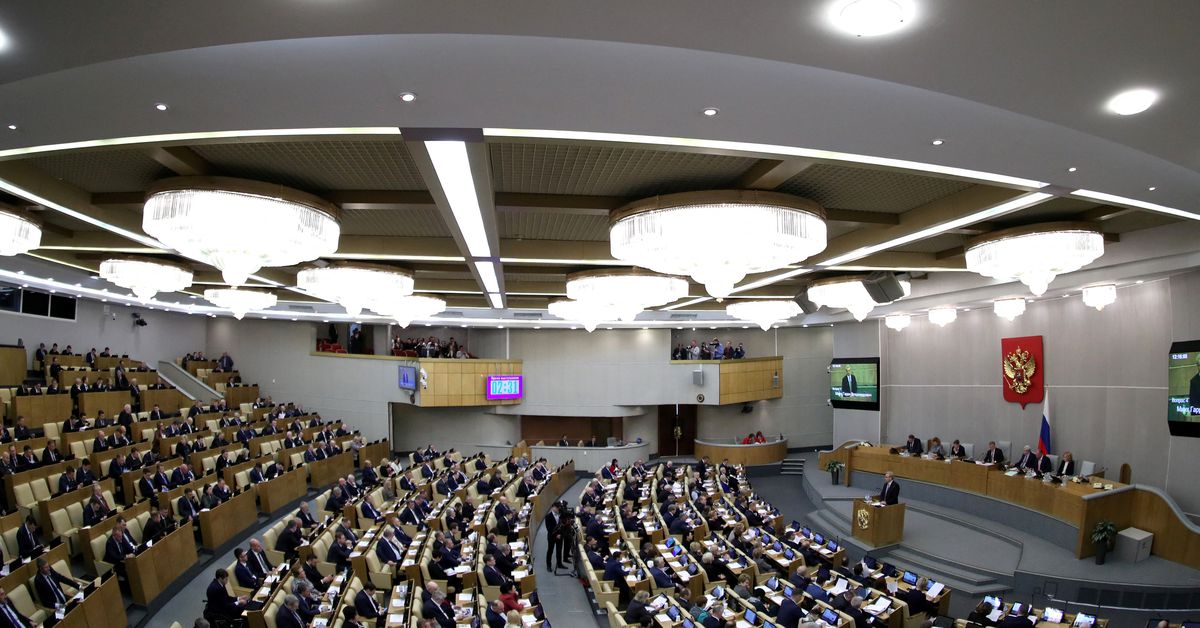 LONDON, July 5 (Reuters) – The Russian government will be able to compel businesses to supply the military with goods and make their employees work overtime under two laws to support Moscow’s war in Ukraine that were approved in an initial vote in parliament on Tuesday.

The measures will effectively place Russia on a war economy footing, nearly 19 weeks into the invasion which it describes as a “special military operation”.

“The load on the defence industry has increased significantly. In order to guarantee the supply of weapons and ammunition, it is necessary to optimize the work of the military-industrial complex and enterprises that are part of cooperation chains,” Deputy Prime Minister Yuri Borisov said.

Russia invaded Ukraine on Feb. 24 but was repelled in an initial attempt to take the capital Kyiv and has sustained heavy losses in men and equipment while making only gradual progress in the east of the country, where it completed the capture of the Luhansk region on Sunday.

The West has responded with successive waves of sanctions, stepped up weapons supplies to Ukraine and bolstered NATO forces in eastern Europe – all moves that Moscow sees as part of a “proxy war” against Russia.

“Right now, when the countries of the collective West are building up their military presence on the border with Russia, intensifying sanctions pressure, increasing arms supplies to Ukraine, the importance of passing the bills cannot be overestimated,” Borisov told lawmakers.

One of the two bills, both passed unanimously in a first reading by the State Duma, the lower house of parliament, said the state could impose “special economic measures” during military operations, requiring firms to supply goods and services to the military.

The second bill would amend the labour code to grant the government the right to regulate working hours and determine off-days at given companies. Employees of businesses providing goods to the military could be compelled to work at night, on weekends and holidays, and without annual leave.

Borisov said the overtime requirement would not be used on a massive scale, and employees would receive extra pay.

Both bills still need to undergo second and third readings in the Duma, where speaker Vyacheslav Volodin said discussion would continue behind closed doors on Wednesday. They must then be reviewed by the upper house of parliament and signed by President Vladimir Putin to become law.