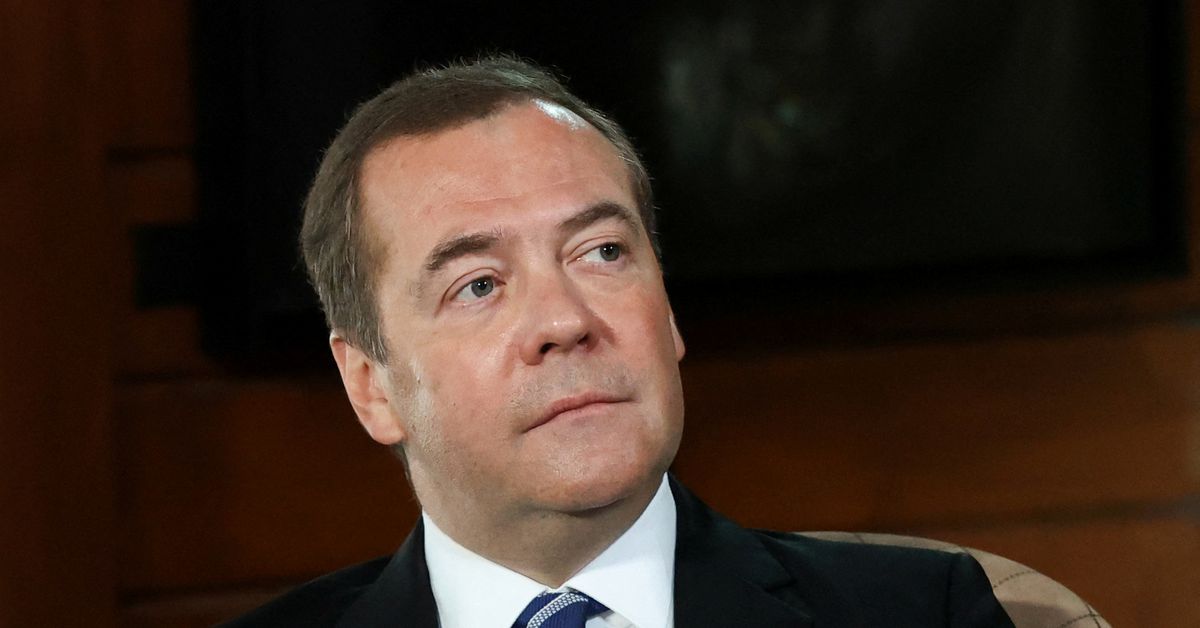 MOSCOW, July 5 (Reuters) – Russia’s former president Dmitry Medvedev said on Tuesday a reported proposal from Japan to cap the price of Russian oil at around half its current level would lead to significantly less oil on the market and could push prices above $300-$400 a barrel.

Commenting on the proposal, which was reportedly put forward by Prime Minister Fumio Kishida, Medvedev said Japan “would have neither oil nor gas from Russia, as well as no participation in the Sakhalin-2 LNG project” as a result.

President Vladimir Putin last week signed a decree that seizes full control of the Sakhalin-2 gas and oil project in Russia’s far east, a move that could force out Shell (SHEL.L) as well as Japanese companies Mitsui & Co (8031.T) and Mitsubishi Corp (8058.T).

In order to stay in the new firm which is set to replace the existing operating company, Sakhalin Energy Investment Company, foreign shareholders need to ask the Russian government for a stake within one month.

“There will be significantly less oil on the market, and its price will be much higher. Moreover, higher than the predicted astronomical price of $300-400 per barrel,” Medvedev, now deputy chairman of Russia’s Security Council, wrote on social media.

In comments about the proposals to introduce a cap at around half the current price for the Russian oil, a Kremlin spokesman said on Monday that other countries may disagree with that. read more

Reporting by Reuters; editing by Jason Neely and David Evans