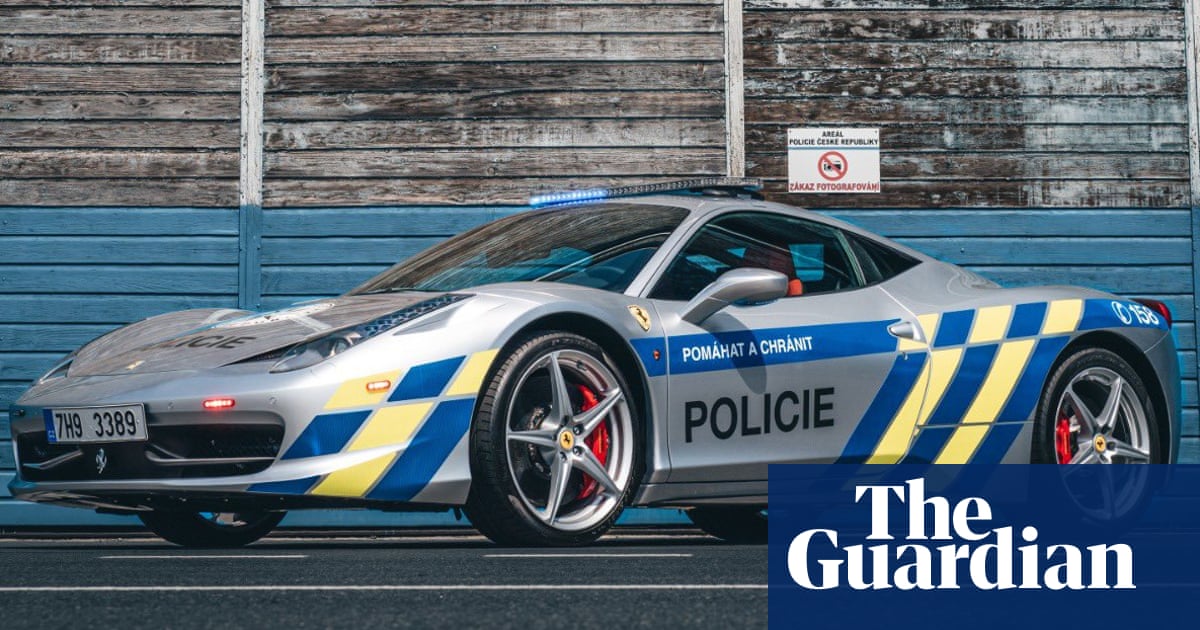 Police in the Czech Republic have turned a high-powered Ferrari they seized from criminals into a patrol car capable of chasing down joyriders at speeds of up to 200mph.

The 2011 Ferrari 458 Italia was formerly coloured racing red, but the authorities painted it with yellow and blue reflective stripes and mounted a panel of lights on top. It will be used to chase stolen cars and to crack down on illegal road races, police said in a statement.

While similar models can fetch upwards of £150,000, Czech police stressed that the supercar was no luxury buy; they modified it for about £10,300, which they said was the same cost as a new Skoda hatchback.

The vehicle will be used by a special surveillance department and driven only by trained police officers.

Jiří Zlý, head of the police’s traffic department, said the car would be used nationwide against some of the “most aggressive” criminals on the Czech road.

The country’s police force is not the first to use sports cars. Italian officers have a partnership with Lamborghini, and use their cars to transport urgent blood supplies to accident sites. In Dubai, police run an entire fleet of supercars.

Czech police said the Ferrari was not the most valuable or rarest vehicle they had seized – 900 cars were confiscated last year. The vast majority, they said, are resold, with the proceeds used to cover damage caused by offenders.

“We keep some vehicles for official duties,” police said. “However, these are not such luxurious cars as Ferraris.”