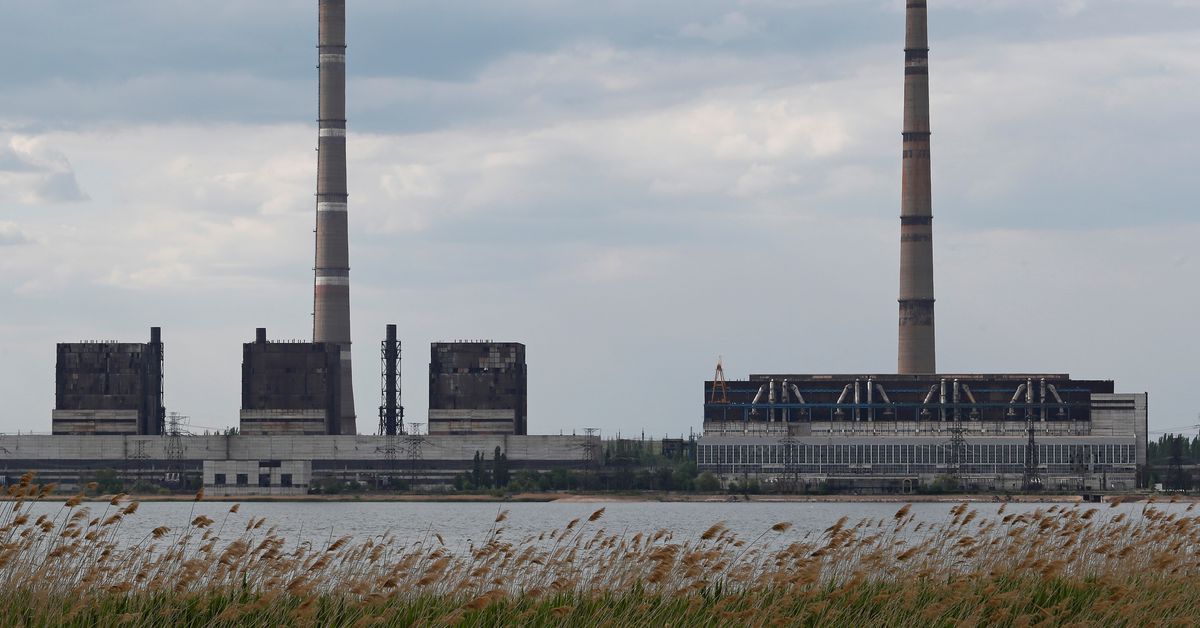 KYIV, July 27 (Reuters) – The fate of Ukraine’s second biggest power plant was hanging in the balance on Wednesday after Russian-backed forces claimed to have captured it intact, but Kyiv did not confirm its seizure, saying only that fighting was under way nearby.

Seizing the Soviet-era coal-fired Vuhlehirsk power plant in eastern Ukraine would be Moscow’s first strategic gain in more than three weeks in what it calls its “special operation” to demilitarise and “denazify” its neighbour.

Rising energy prices and a global wheat shortage that threatens millions in poorer countries with hunger are among the far-reaching effects of Russia’s war in Ukraine.

Russia reduced gas flows to Europe on Wednesday in an energy stand-off with the European Union. read more It has blocked grain exports from Ukraine since invading on Feb. 24, but on Friday agreed to allow deliveries through the Black Sea to Turkey’s Bosphorus Strait and on to global markets.

The deal was almost immediately thrown into doubt when Russia fired cruise missiles at Odesa, Ukraine’s largest port, on Saturday, just 12 hours after the deal was signed.

“The day after the signing (of the agreement), the Russian armed forces … attacked Odesa,” Polish Prime Minister Mateusz Morawiecki told reporters in Warsaw. “It follows that such agreements cannot be considered fully credible, because unfortunately that is what Russia is like.”

Before the invasion and subsequent sanctions, Russia and Ukraine accounted for nearly a third of global wheat exports.

They have been repeatedly pushed back by fierce Ukrainian resistance to what Kyiv and the West regard as an imperialist Russian land grab in a pro-Western neighbour that Moscow dominated until the Soviet Union’s 1991 break-up.

One of the Wagner fighters in front of the plant showed his watch to the camera – the time on it was 1001 local and gave the date as July 26.

Reuters could not immediately verify the video or whether the plant had switched to Russian control.

The same unverified footage showed that working parts of the Soviet-era power plant, which is perched on the shore of a huge reservoir, appeared to be undamaged.

Ukraine did not confirm the power plant’s capture and only said that “hostilities” were under way in two nearby areas. It said on Monday that “enemy units” had made some gains around the plant.

British military intelligence said on Wednesday that Wagner fighters had probably succeeded in making tactical advances in the Donbas region of eastern Ukraine around the power plant and the nearby village of Novoluhanske.

It said some Ukrainian forces had probably withdrawn from the area.

Pavlo Kyrylenko, governor of Ukraine’s Donetsk province that forms part of the Donbas, said at least one person had been killed by a Russian strike on a hotel in the town of Bakhmut, which is north of the power plant and a target which Russian forces have said they want to capture.

“According to preliminary information, there are dead and wounded; a rescue operation is under way,” Kyrylenko wrote on Facebook. The local emergency service said a toll of one dead and four wounded had been confirmed so far.

The Antonivskyi bridge is the city of Kherson’s sole span across the river and Kirill Stremousov, deputy head of the Russian-appointed city administration, told Russia’s RIA news agency it had been closed to traffic after the strike.

He said Russia was ready to compensate for it being taken out of action with pontoon bridges and ferries.

Ukraine has spoken of launching a major counter-offensive in the south of the country to try to retake cities such as Kherson. Rendering the bridge unusable for Russian forces is seen by Western military analysts as something that would make it much harder for Moscow’s forces to operate smooth supply lines and defend land they have seized since their Feb. 24 invasion.

Stremousov, the Russian-appointed official, denied the fate of the bridge would determine the course of the war in any way.

“… You cannot escape the reality,” he wrote. “The Russian occupiers should learn how to swim across the Dnipro River. Or should leave Kherson while it is still possible. There may not be a third warning.”

To secure the grains deal, Turkish Defence Minister Hulusi Akar on Wednesday unveiled a centre in Istanbul for overseeing the export of Ukrainian grains, with the first shipment expected to leave Black Sea ports within days. read more

More than 25 million tonnes of grain was waiting to be exported, he said.