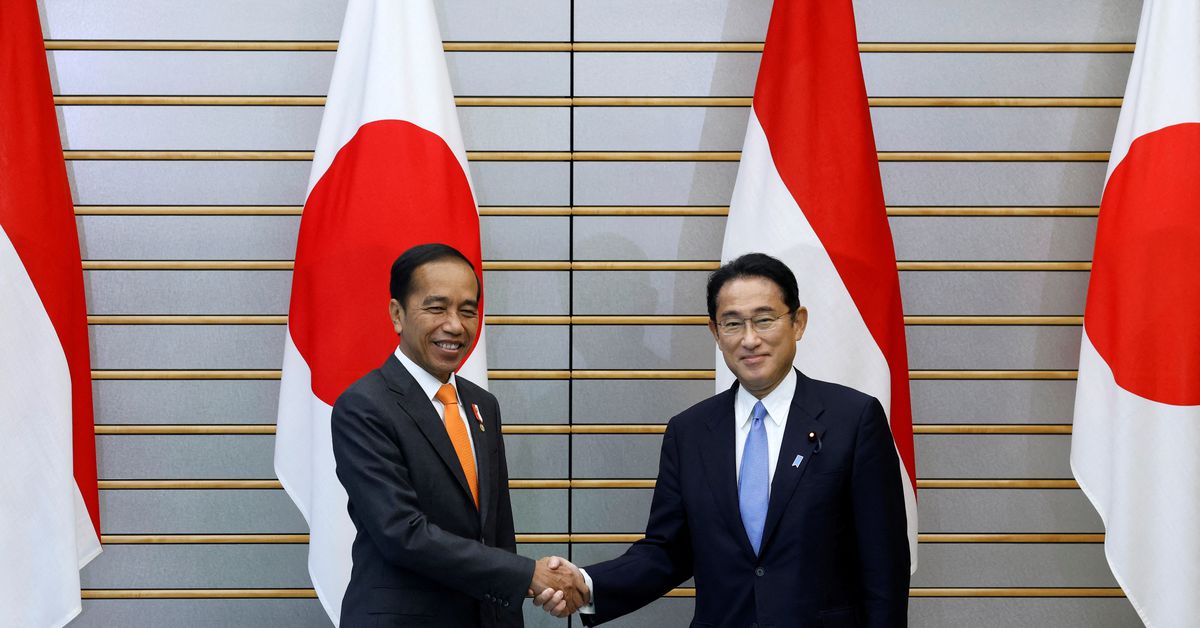 TOKYO, July 27 (Reuters) – Japanese defence forces will participate for the first time in military exercises in Indonesia next month alongside the United States and Australia, Japanese Prime Minister Fumio Kishida said on Wednesday after talks with Indonesian President Joko Widodo.

Japan’s involvement comes as Washington and its regional allies step up efforts to counter China’s growing assertiveness in the Indo-Pacific region.

Japan has recently been putting heavy diplomatic emphasis on maintaining a “free and open Indo-Pacific,” and Kishida visited the region, including Indonesia, earlier this year.

The meeting between Kishida and Jokowi, as he is popularly known, came a day after the Indonesian president made a rare visit to China for a summit with President Xi Jinping in which the two pledged to scale up trade and expand cooperation in areas such as agriculture and food security. read more

“Indonesia shares fundamental values with us as well as strategic goals, it is a strategic partner,” Kishida told a news conference after the two met.

He said Japan’s Self-Defence Forces will take part in the Garuda Shield joint military exercises to be held in Indonesia from Aug. 1 with the United States, Australia and others. It will be the first time that Japan has participated.

Japan also would loan the Indonesian government 43.6 billion yen ($318 million) for infrastructure projects and disaster prevention, Kishida said, along with cooperating in areas including energy.

In his remarks, Jokowi emphasised practical aspects of bilateral ties and mentioned that the two nations had agreed to changes in an Indonesia-Japan economic partnership agreement to be signed later this year, although he did not specify details.

Renegotiations on the agreement, concluded in 2007, are aimed at expanding access to Japanese markets and reducing tariffs.

“I ask for Japan to support the reduction of tariffs on some products such as tuna, bananas, pineapple, and market access to mango products,” Jokowi said.

Indonesia’s imports from Japan totalled $9.2 billion in 2020, while its exports to Japan stood at $14.5 billion, according to IMF data compiled by Refinitiv.

On Tuesday, Indonesia’s chief economics minister said Mitsubishi Motors Corp plans to invest about 10 trillion rupiah in Indonesia between 2022 and 2025.