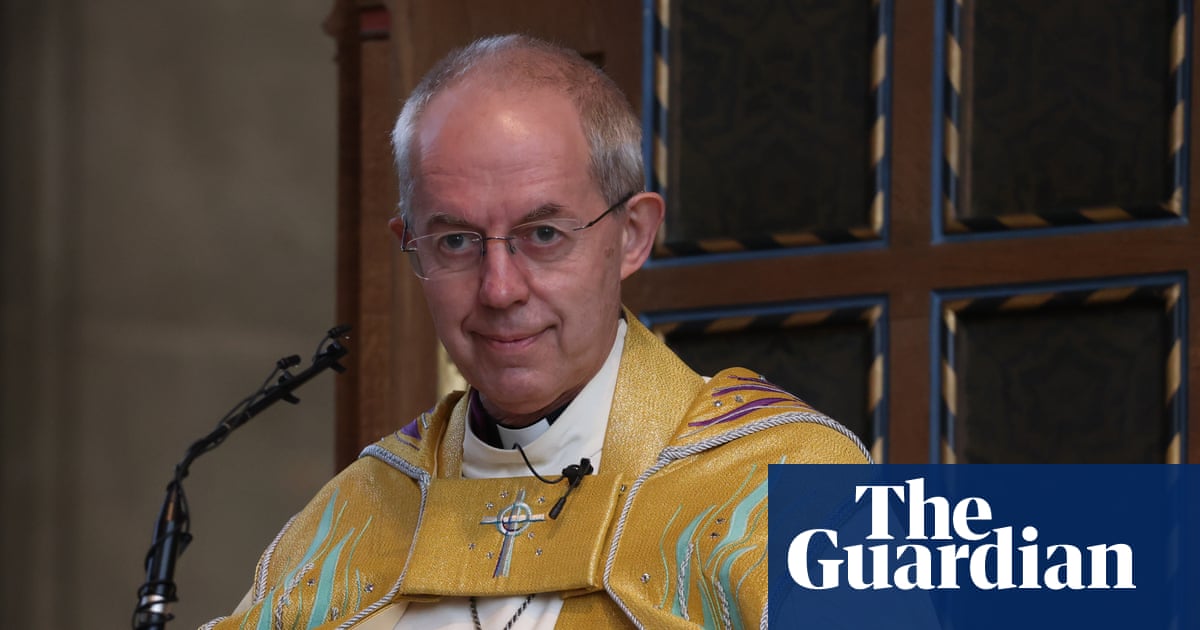 The archbishop of Canterbury has been forced to allow Anglican bishops from all over the world the option of rejecting a statement on sexuality when they meet in Canterbury this week for the Lambeth conference.

The U-turn from Justin Welby, the leader of the global Anglican communion and the conference president, came late on Monday night, hours before 650 delegates began arriving for the 12-day meeting.

It followed an outcry from liberal Anglicans and gay rights campaigners over a declaration – known as a Lambeth Call – on human dignity that defines marriage as “between a man and a woman”. It adds that “legitimising or blessing of same-sex unions” cannot be advised, and that “it is the mind of the Anglican communion as a whole that same-gender marriage is not permissible”.

Among those protesting was the bishop of Los Angeles, John Harvey Taylor, who said the statement was “the opposite of the Christian values of healing and reconciliation. It divides, hurts, scapegoats and denies.”

Bishops of the church in Wales said the call “undermines and subverts the dignity of an integral part of our community, rather than affirming them”.

Monday evening’s statement from the Lambeth conference said: “Over recent days we have listened carefully to the responses of bishops … The drafting group for the Call on Human Dignity will be making some revisions to the Call.”

It gave no further details, but said the revised text would be released “as soon as it is available”.

The statement also announced that bishops would now have a third option in responding to the Lambeth Calls. “Bishops will now be able to clearly state their opposition to a particular Call in addition to supporting it or calling for further discussion. The third option will state: “This Call does not speak for me. I do not add my voice to this Call.”

Jayne Ozanne, a prominent campaigner for LGBT+ equality in the Church of England, welcomed the move. But she added: “I am still deeply troubled by the tone of this communique. It does not appear to address any of the concerns relating to process that so many have flagged up, nor does it recognise the breakdown in trust that there is now in relation to the [discussions on sexuality and identity] here in England.”

The issue of sexuality and same-sex marriage has caused deep divisions among Anglicans, both in the UK and globally, for decades. The Lambeth conference scheduled for 2018 was cancelled by Welby as it became apparent that differences were irreconcilable and would damage the global church.

In 2016 a meeting of Anglican primates from around the world voted to impose de facto sanctions on the US Episcopal church for approving same-sex marriages and issued a statement reaffirming “traditional doctrine” that marriage should be between a man and a woman.

Conservative church leaders from Rwanda, Nigeria and Uganda are boycotting the conference in protest at the support of some Anglican churches for same-sex unions.

Welby is keen to focus this week’s Lambeth conference on issues such as the climate crisis and global inequality. In a message to bishops last week, he said: “Without ignoring those things on which we deeply disagree, I pray that we will approach this gathering with an even deeper sense of what unites us: the love of Jesus Christ and his calling to serve God’s world.”