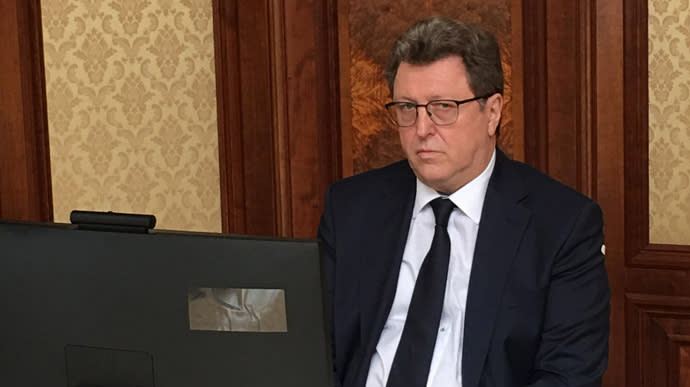 Konstantin Gavrilov, the head of the Russian delegation at the negotiations in Vienna on military security and arms control, has repeated threats that the Russian Federation “may respond harshly” if the West increases the supply of weapons to Ukraine.

Quote from Gavrilov: “Increasing transfers of Western weapons to Kyiv may force the Russian Federation to take tougher actions in response.”

Details: According to the representative of the aggressor country, the tactical and technical characteristics of Western weapons and equipment used in Ukraine allegedly “create threats to the citizens of Russia”.

Quote from Gavrilov: “Under these conditions, we will push the neo-Nazis away from our borders in proportion to the range of the missile systems used by Kyiv. And then we will see.”

Details: He also repeated the statements of the head of the Ministry of Foreign Affairs of the Russian Federation that Russia will allegedly “help the Ukrainian people to get rid of the anti-people and anti-historical regime in Kyiv”.

On 26 July, the President Volodymyr Zelenskyy said that Ukraine would strike back in response to Russian strikes on Ukrainian cities.

Sorgente articolo:
Russia again threatens a “tough response” to the supply of weapons to Kyiv and the seizure of new territories – Yahoo News