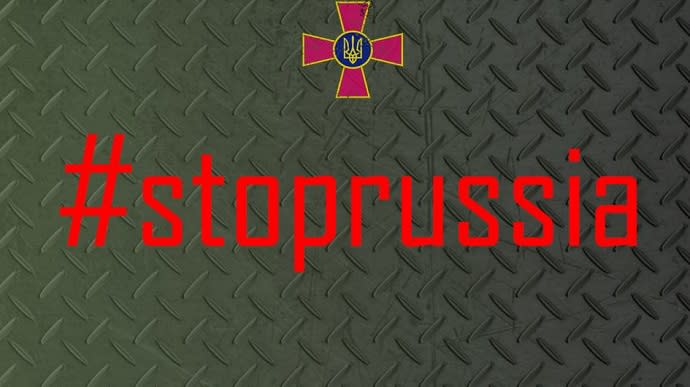 On the Pivdennyi Buh front, Russian forces are focusing their main efforts on preventing the Ukrainian Armed Forces from advancing.

Source: General Staff of the Armed Forces of Ukraine on Facebook, information as of 06:00 on 27 July

Details: There were no significant changes on the Volyn, Polissia and Sivershchyna fronts. Russian forces fired on the areas around Mykolaivka, Tovstodubove, Volfyne, Senkivka and a number of other towns and villages. In addition, the Russians are conducting regular aerial reconnaissance in an attempt to scout the positions of the Ukrainian defence forces in the areas near the Ukrainian-Russian border in Sumy and Chernihiv oblasts.

On the Kharkiv front, Russian forces used tubed and rocket artillery to fire on the areas around Kharkiv, Chuhuiv, Shevelivka, Krasnopillia and many other towns and villages. Russians troops are using their pontoon crossings in order to improve their logistics and supply systems.

On the Sloviansk front, the Russians used tanks and tubed and rocket artillery to fire on the areas around Nortsivka, Bohorodychne, Dolyna, Chepil, Velyka Komyshuvakha, Adamivka, Mazanivka, Husarivka and other towns and villages.

On the Kramatorsk front, Russian occupying forces shelled the areas in the vicinity of Kryva Luka, Zakitne, Spirne, Hryhorivka, Tetianivka and other towns and villages, conducted an airstrike near Serebrianka, and actively deployed UAVs. The Russians conducted assault operations in the area around Verkhnokamianske but were unsuccessful and retreated.

On the Bakhmut front, Russian occupying forces fired on civilian infrastructure in the areas around Bakhmut, Bilohorivka, Yakovlivka, Soledar, Bakhmutske, Pokrovske and Niu-York. They conducted hostilities in the area around Soledar but were not successful. Near Semyhiria, the Russians attempted to conduct reconnaissance-in-force, but suffered losses and retreated. Fighting is continuing in the areas around Semyhiria and Kodema.

On the Avdiivka, Novopavlivka and Zaporizhzhia fronts, Russian occupying forces continued to regularly fire on civilian and military infrastructure in the areas around Pisky, Vremivka, Krasnohorivka, Marinka, Karlivka, Opytne, Vuhledar, Huliaipole, Kamianske and a number of other towns and villages. A Russian UAV was seen in the vicinity of Pavlohrad.

On the Pivdennyi Buh front, Russian forces are focusing their main efforts on preventing the Ukrainian Armed Forces from advancing and have used UAVs to conduct aerial reconnaissance in the area.

Russian forces conducted assault operations in the area around Bilohorivka but were unsuccessful and retreated.