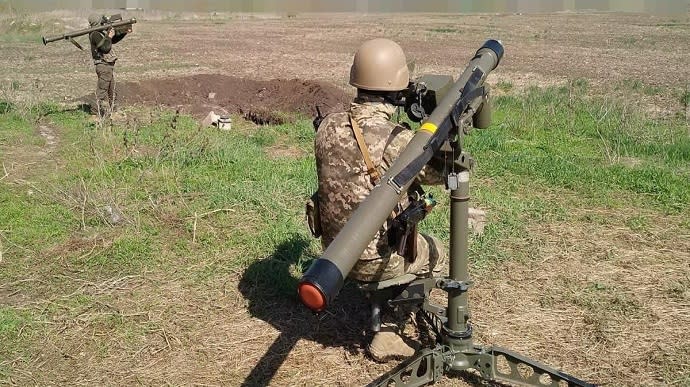 Details: Over the course of 26 July, Russian forces mounted a counteroffensive on the Bruskinske – Bilohirka axis in an attempt to restore the positions they lost to the Ukrainian Armed Forces, but were not successful.

Russian aircraft conducted four airstrikes on the positions of the Ukrainian Armed Forces.

In particular, two Ka-52 attack helicopters conducted two airstrikes on the morning of 26 July. There were no losses among Ukrainian troops.

“Around noon, three [Russian] Ka-52 [helicopters] struck their own troops instead of the Ukrainian forces they intended to strike. In response, they were struck by Russian air defence equipment on their return from the mission. As a result, the enemy has extended us this gesture of good will, destroying one of their own Ka-52 attack [helicopter]. There were no losses on our side,” the operational command reports.

Russian forces used heavy artillery (152nd calibre) to fire on Velyka Kostromka on the evening of 26 July, but hit only open land – the Ukrainian Armed Forces suffered no losses.

Throughout the day, Ukrainian rocket artillery units maintained control over main transport routes in the temporarily occupied territories of Kherson Oblast, where they conducted a total of 300 firing missions.

A fleet of 11 Russian ships continues to manoeuvre in missile-safe areas of the Black Sea along the Crimean coast. Two missile ships and one large landing ship are on standby.

“There is still a threat of missile strikes, as well as the possibility of a landing by the naval landing forces,” the operational command concluded.