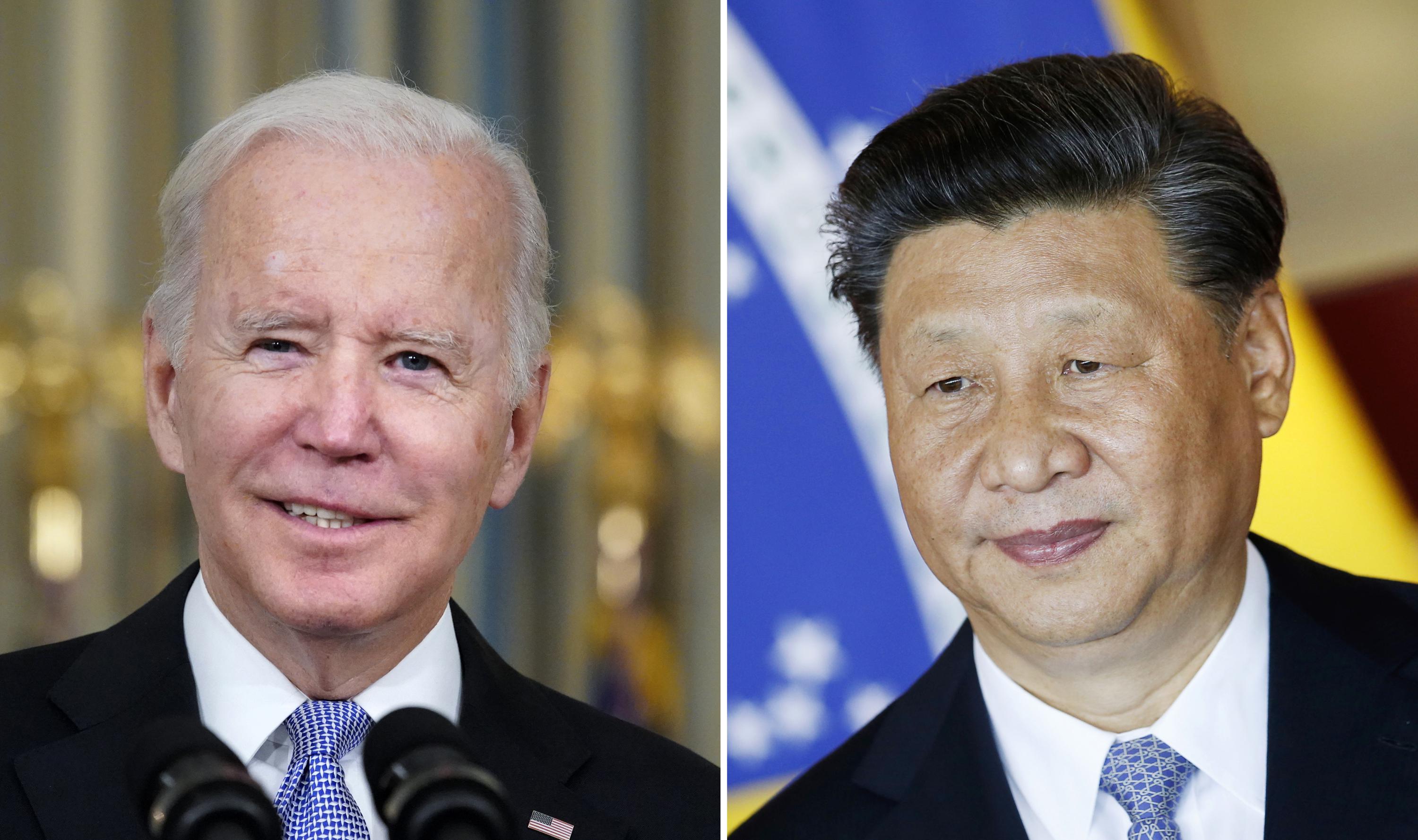 BEIJING (AP) — U.S. President Joe Biden is planning to speak with his Chinese counterpart Xi Jinping for the first time in four months, with a wide range of bilateral and international issues on the table.

But a potential visit to Taiwan by Speaker of the House Nancy Pelosi is looming over the conversation set for Thursday, with China warning of a severe response if she travels to the self-governing island democracy Beijing claims as its own territory.

“If the U.S. insists on going its own way and challenging China’s bottom line, it will surely be met with forceful responses,” Zhao told reporters at a daily briefing. “All ensuing consequences shall be borne by the U.S.”

Pelosi’s office has yet to say when, or even if, she will proceed with the visit, but the timing is especially sensitive amid heightened tensions between Beijing and Washington over trade, human rights and Taiwan.

While the U.S. has in recent years sent a Cabinet secretary and high-ranking former officials to Taiwan, Pelosi’s status as the top congressional Democrat and second in line of succession to the presidency puts her in a separate category. The speaker has made standing up to China a key feature of her more than three decades in Congress.

While Biden has no authority to prevent Pelosi visiting, China’s authoritarian Communist government chooses to ignore the separation of powers in the U.S., saying Congress is beholden to the administration. In Beijing’s perception, the fact both belong to the Democratic Party reinforces the notion that Pelosi is somehow working with Biden’s assent.

Despite that, Biden last week told reporters that U.S. military officials believed it was “not a good idea” for the speaker to visit the island at the moment. The Financial Times reported last week that Pelosi planned to visit Taiwan in August, a trip that had originally been planned for April but was postponed after she tested positive for COVID-19.

Pelosi would be the highest-ranking U.S. elected official to travel to Taiwan since Republican Newt Gingrich visited the island in 1997 when he served as House speaker. Gingrich and other prominent Republicans who are normally highly critical of Pelosi have offered their encouragement, saying China has no right to dictate where Americans can travel to.

China has given no details on what specific actions it would take in response, but experts say it could launch additional incursions into waters and airspace near Taiwan, or even cross the center line of the Taiwan Strait dividing the two. Some have speculated China might even attempt to prevent her plane from landing, something that would spark a major crisis and is generally considered unlikely.

U.S. officials told The Associated Press that if Pelosi goes to Taiwan, the military will increase movement of forces and assets in the Indo-Pacific region.

They declined to provide details, but said that fighter jets, ships, surveillance assets and other military systems would likely be used to provide overlapping rings of protection for her flight to Taiwan and any time on the ground there.

A possible Pelosi visit makes it even more important that Xi and Biden hold a meaningful discussion, said Yu Wanli, a professor of international relations at Beijing Language and Culture University.

Although both their administrations are opposed to it, Pelosi’s visit “has been hijacked by U.S. domestic politics, with Republicans and other forces exerting pressure not to show weakness to China,” Yu said.

“The issue of how China and the U.S. manage and control the Taiwan issue has become an urgent matter, and therefore the talk between the two leaders is very timely and necessary,” he said.

The U.S. has only informal relations and defense ties with Taipei in deference to China, but remains the island’s most important source of military and political support. Legally, the U.S. is obligated to ensure Taiwan can defend itself and regard threats to it as matters of “grave concern.”

China, which in recent years has boosted its threat to use force to annex Taiwan if necessary, objects to all U.S. arms sales and contacts with the island’s government.

It regularly stages military exercises and flies warplanes into Taiwan’s air defense identification zone, in what it calls warnings to supporters of the island’s formal independence and their foreign allies.

The sides split amid civil war in 1949 and Taiwanese President Tsai Ing-wen has refused Beijing’s demand that she recognize the island as a part of China. Public sentiment in Taiwan strongly favors maintaining the status quo of de-facto independence without further antagonizing Beijing.

Along with Taiwan, North Korea’s nuclear program, Beijing’s close ties to Russia, efforts by Biden to revive the Iran nuclear deal and the status of the U.S. administration’s review of tough tariffs imposed on China by the Trump administration are likely to feature in discussions between the leaders.

Taiwan was a central topic during Biden and Xi’s last call in March, about three weeks after Russia launched its invasion of Ukraine. China has refused to criticize Russia’s move, blames the U.S. and NATO for provoking Moscow and has blasted punishing sanctions imposed on Vladimir Putin’s government and political cronies.