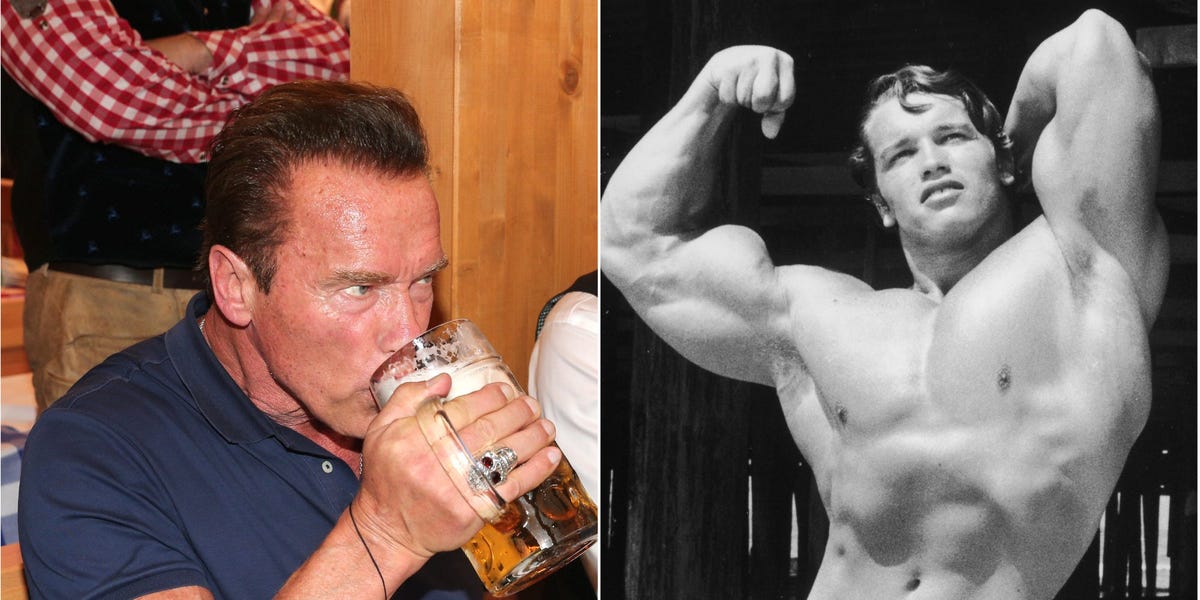 Speaking via Zoom from Toronto, Canada, while drinking a glass of schnapps, Schwarzenegger said he originally started adding alcohol to his protein shakes in the hope that it might get the protein into his bloodstream faster.

“I add a little bit of schnapps or tequila — tequila is also good,” the bodybuilding legend, former politician, and actor said.

At 15, Schwarzenegger made his own protein shakes with milk and yeast

Schwarzenegger, 74, has been lifting weights since he was a teenager in Austria, and still works out every day.

When Schwarzenegger was 15 in the 1960s, his family bought a new type of mixer that he used to make protein shakes out of milk, yeast, skimmed milk powder, and honey.

“It would taste like shit,” he said, adding he made the best protein shakes he could from what was available.

Schwarzenegger is the co-founder of sports nutrition brand Ladder, which sends him more products than he can get through — even though he always has protein powder with him, he said.

Currently in Toronto filming “UTap,” a live-action TV series for Netflix, Schwarzenegger has set up a protein bar in his trailer, he said.

“I’m making protein shakes now for the whole cast,” he said. “My trailer becomes kind of like a bar where people come by for a protein drink.”

He adds ice and schnapps, and people love how they taste, Schwarzenegger said.