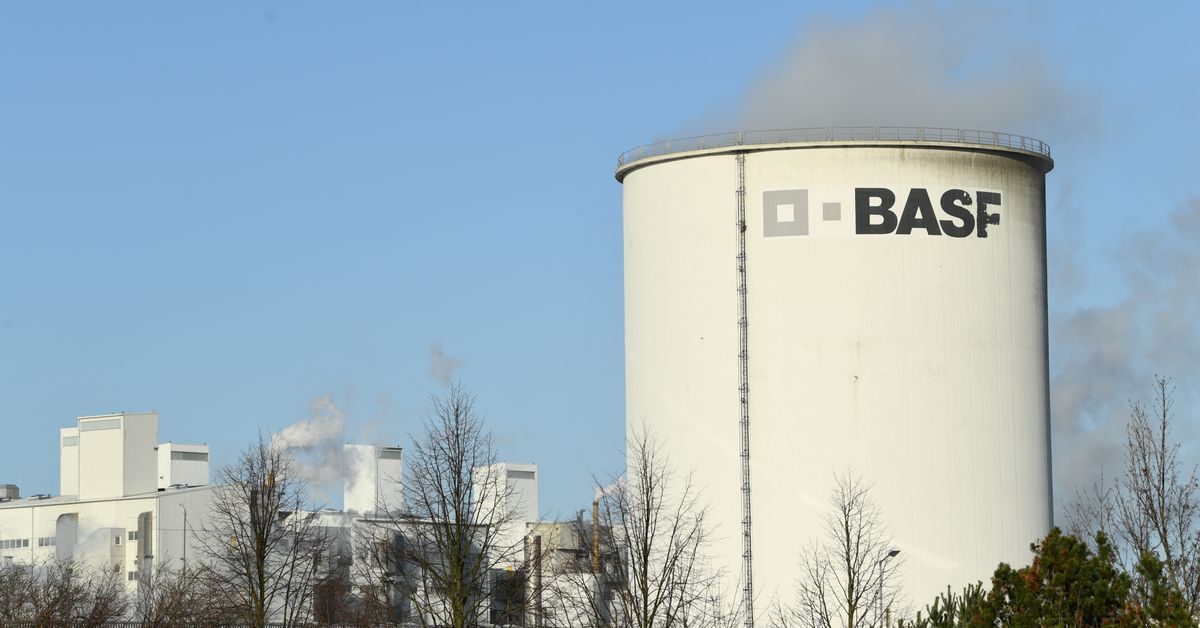 Germany’s biggest ammonia maker SKW Piesteritz and number four Ineos also said they could not rule out production cuts as the country grapples with disruption to Russian gas supplies.

Ammonia plays a key role in the manufacturing of fertiliser, engineering plastics and diesel exhaust fluid. Its production also yields high-purity carbon dioxide (CO2) as a byproduct, which is needed by the meat and fizzy drinks industries.

“We are reducing production at facilities that require large volumes of natural gas, such as ammonia plants,” BASF Chief Executive said in a media call after the release of quarterly results, confirming an earlier Reuters report.

He added BASF would purchase some ammonia from external suppliers to fill gaps but warned farmers would face soaring fertiliser costs next year.

Production lines for raw material syngas, a mixture of carbon monoxide and hydrogen, and basic petrochemical acetylene were also candidates for cutbacks to save on gas, the CEO said.

Unlike many European countries, Germany has no liquefied natural gas (LNG) port terminals to replace Russian pipeline gas. That means companies are under political and commercial pressure to reduce gas intensive activities if gas deliveries are cut further.

BASF cut ammonia output at its headquarters in Ludwigshafen and at its large chemical complex in Antwerp, Belgium, in September.

Fertiliser giant Yara (YAR.OL), which runs Germany’s third-largest ammonia production site in the northern town of Brunsbuettel, said its output across Europe was currently 27% below capacity due to the surge in gas prices.

It would not specify the Brunsbuettel rate, but added the site does not deliver any high-purity CO2.

SKW said it was in the process of resuming full production after a scheduled maintenance shutdown but the future capacity utilisation rate was extremely difficult to predict.

Chemical companies are the biggest industrial natural-gas users in Germany and ammonia is the single most gas-intensive product within that industry.

Companies that reduce ammonia production may lose market share to imports from overseas suppliers with access to cheap gas, or in Germany might accept compensation payments under a potential gas rationing programme to encourage manufacturers to quickly scale back production to balance out supply cuts. read more

Most ammonia goes into nitrogen fertilisers but other uses include diesel exhaust fluid AdBlue and engineering plastics.

Ammonia production would be a prime candidate for cuts to cushion any gas supply squeeze over the next few months, said Arne Rautenberg, a fund manager at Union Investment.

“In the northern hemisphere, nitrogen fertiliser is applied primarily during the spring. It can also be produced in the United States and shipped to Europe,” he said, while adding CO2 supply for the food industry could prove a thorny issue.

BASF’s production network, in particular, does not rely on ammonia as much as it does on other basic chemicals for onward use in more specialised downstream chemicals, Rautenberg said.

Russia resumed pumping gas via its biggest pipeline to Europe, Nord Stream 1, on July 21 after a 10-day maintenance outage, but Gazprom (GAZP.MM) on Monday said supplies to Germany would drop to just 20% of capacity. read more

Even before the war in Ukraine, reduced ammonia production due to rocketing natural gas prices in Britain last year caused CO2 shortages in the meat and drinks industries.

During normal times, ammonia production accounts for about 4.5% of the natural gas used by German industry.

Both SKW and BASF cut ammonia production in September 2021, because of a surge in gas prices.

SKW, which at the time cut output by 20%, resumed normal production when customers accepted price mark-ups.

SKW can cut output at each of its two production lines for ammonia and urea by no more than 20% or it would have to suspend output entirely in a costly ramp-down, a spokesperson said.

Britain’s Ineos said it was watching energy costs very closely and “will adjust production to make best use of low peak energy and purchasing of raw materials”.

Across the industry, cash costs of ammonia production in Europe during the first-quarter were five times the average 2019 level and far above other world regions, according to data compiled by Boston Consulting group.