B’nai B’rith International, an 180-year-old Jewish organization, has called for the dismissal of a United Nations Commission of Inquiry set up following the May 2021 conflict between Israel and Gaza terror groups over recent “odious remarks” by some of its members and “other blatant violations.”

In a statement on Wednesday, B’nai B’rith International President Seth J. Riklin said: “The UN is charged to uphold fairness and neutrality in its work, but is this commission fair and neutral? Clearly not.”

Israel has previously said it will not cooperate with the commission, saying its members “have repeatedly taken public and hostile positions against Israel on the very subject matter that they are called upon to ‘independently and impartially’ investigate.”

In the statement, B’nai B’rith cited recent comments made by commission member Miloon Kothari, who told Mondoweiss, a website highly critical of Israel, in a recorded podcast that there were efforts to “discredit” the UN Human Rights Council, which set up the commission, and that social media was “controlled largely by the Jewish lobby.”

“It’s not only governments. We are very disheartened by the social media that is controlled largely by – whether it is the Jewish lobby or specific NGOs. A lot of money is being thrown into trying to discredit us,” Kothari said. 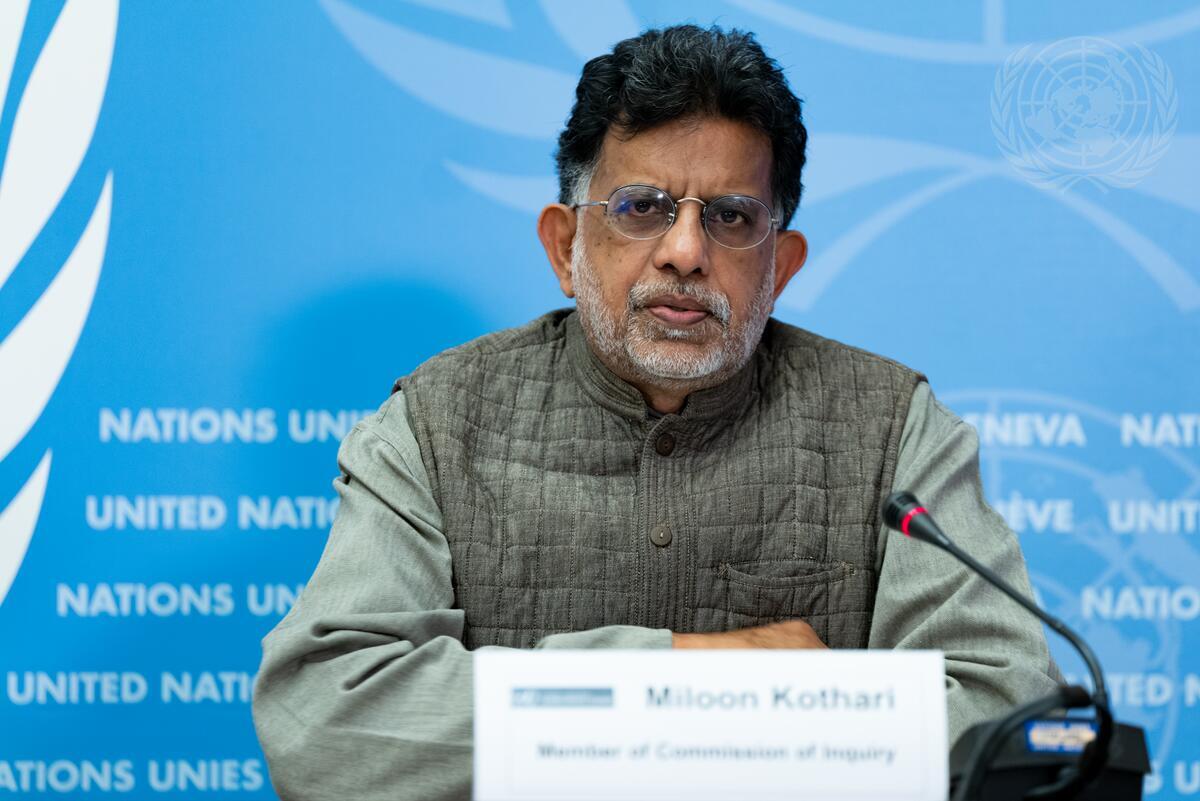 Miloon Kothari, member of the United Nations Independent International Commission of Inquiry on the Occupied Palestinian Territory, including East Jerusalem, and Israel, briefs reporters on the first report of the Commission, June 14, 2022. (UN Photo/Jean Marc Ferré)

Kothari also questioned why Israel was even a UN member and accused it of disregarding and undermining UN mechanisms.

“I would go as far as to raise the question of why [Israel is] even a member of the United Nations. Because … the Israeli government does not respect its own obligations as a UN member state. They, in fact, consistently, either directly or through the United States, try to undermine UN mechanisms,” he told Mondoweiss.

A report released last month by the UN Independent International Commission of Inquiry on the Occupied Palestinian Territory, including East Jerusalem, and Israel blamed Israel’s “persistent discrimination against Palestinians” for violence between the two sides. The report was the first submitted by the commission of inquiry, which was established last year by the UN Human Rights Council.

The commission took two trips to research the report, one to Geneva and the other to Jordan.

Israel has refused to cooperate with the commission, and has not granted it entry into Israel or access to Palestinian-controlled areas in the West Bank and Gaza.

Kothari told the podcast that if Israel feels it has “a story to tell, they should let us in and tell us their perspective on the whole situation. So, we’re hoping. We keep trying. We’ll keep trying. And we’re hoping they’ll allow us in at some point.”

Kothari said in a statement released by the UNHRC in June that “ending Israel’s occupation, in full conformity with Security Council resolutions, remains essential in stopping the persistent cycle of violence. It is only with the ending of occupation that the world can begin to reverse historical injustices and move towards self-determination of the Palestinian peoples.”

In his interview with Mondoweiss, Kothari said the term “apartheid” was a “useful paradigm/framework to understand the situation but not sufficient.”

“We need to figure in settler-colonialism, general issues of discrimination, occupation and other dynamics to get a fuller picture of the root causes of the current crisis… ending ‘apartheid’ will not end the crisis of occupation for the Palestinian peoples… the issue of self-determination requires many other changes,” he said.

In its report, the UN commission said: “Forced displacement, threats of forced displacement, demolitions, settlement construction and expansion, settler violence, and the blockade of Gaza” were identified as “contributing factors to recurring cycles of violence.” 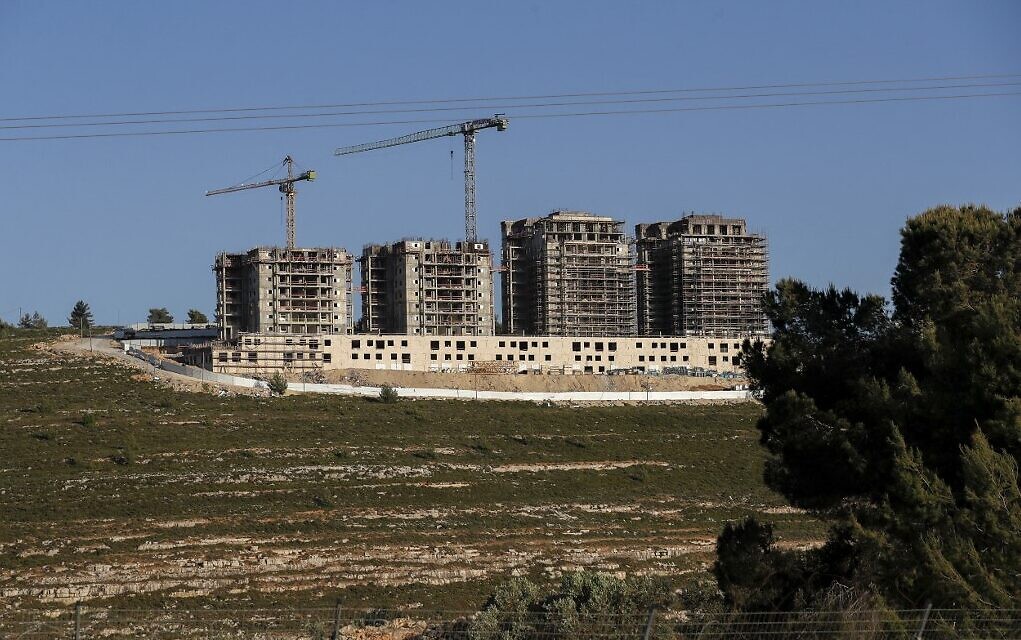 This picture taken on May 10, 2022, shows construction work in the West Bank settlement of Givat Ze’ev, near Jerusalem. (Ahmad Gharabli/AFP)

The report reaffirmed that the UN sees Israeli settlements as illegal, including in East Jerusalem and the Golan Heights.

The report was presented on June 14 to the UN Human Rights Council, during which another commission member, Chris Sidoti, dismissed accusations of antisemitism against the commission and said these were being “thrown around like rice at a wedding.”

“Antisemitism is an atrocity in itself. It is the basis for some of the most extreme atrocities in history, the Shoah most particularly, pogroms, persecution going back centuries,” Cidoti said.

“It is a tragedy and a travesty to trivialize antisemitism for political purposes, to rob it of its content, to use it as a shield for ordinary criticism of the actions of a state… It seems that accusations of antisemitism are thrown around like rice at a wedding,” he added.

B’nai B’rith’s Riklin said that “the fact that the deck has predictably been stacked against Israel, and that these commissioners have not hesitated to hide their bias, necessitates that all countries funding UN operations speak out now.”

B’nai B’rith also took issue with commission head Navi Pillay, who has said that the commission doesn’t come “with any preconceived notions,” dismissing her comments as “shamelessly” asserting impartiality “even though she and her fellow commissioners each had a public, long-standing record of hostile positions toward Israel. 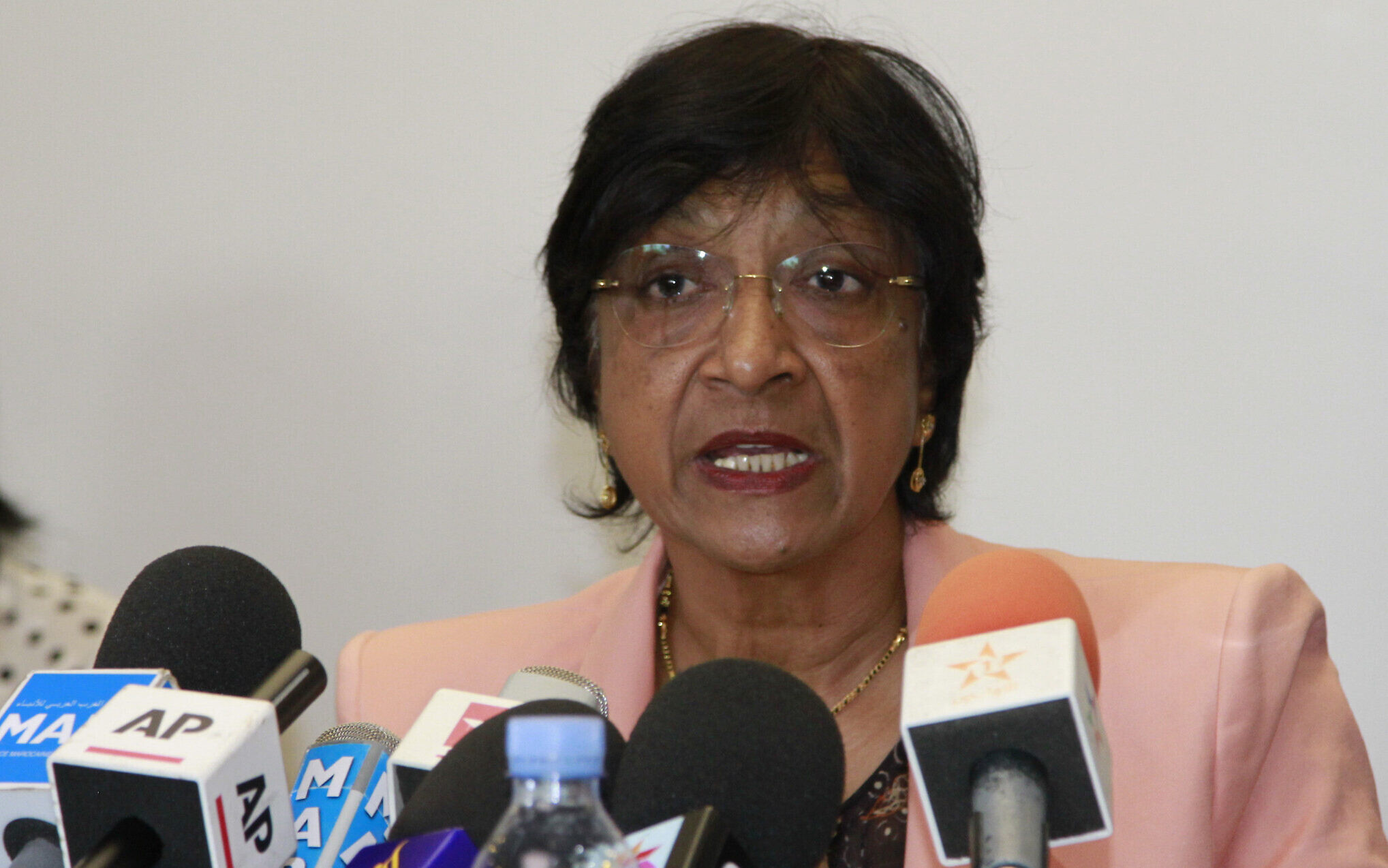 The UN probe was triggered during a special session of the council on May 27 — following fighting between Israel and Palestinian terrorists in the Gaza Strip — when the UN Human Rights Council decided to establish a commission of inquiry to investigate “all alleged violations of international humanitarian law and all alleged violations and abuses of international human rights law” in Israel, East Jerusalem, the West Bank and Gaza.