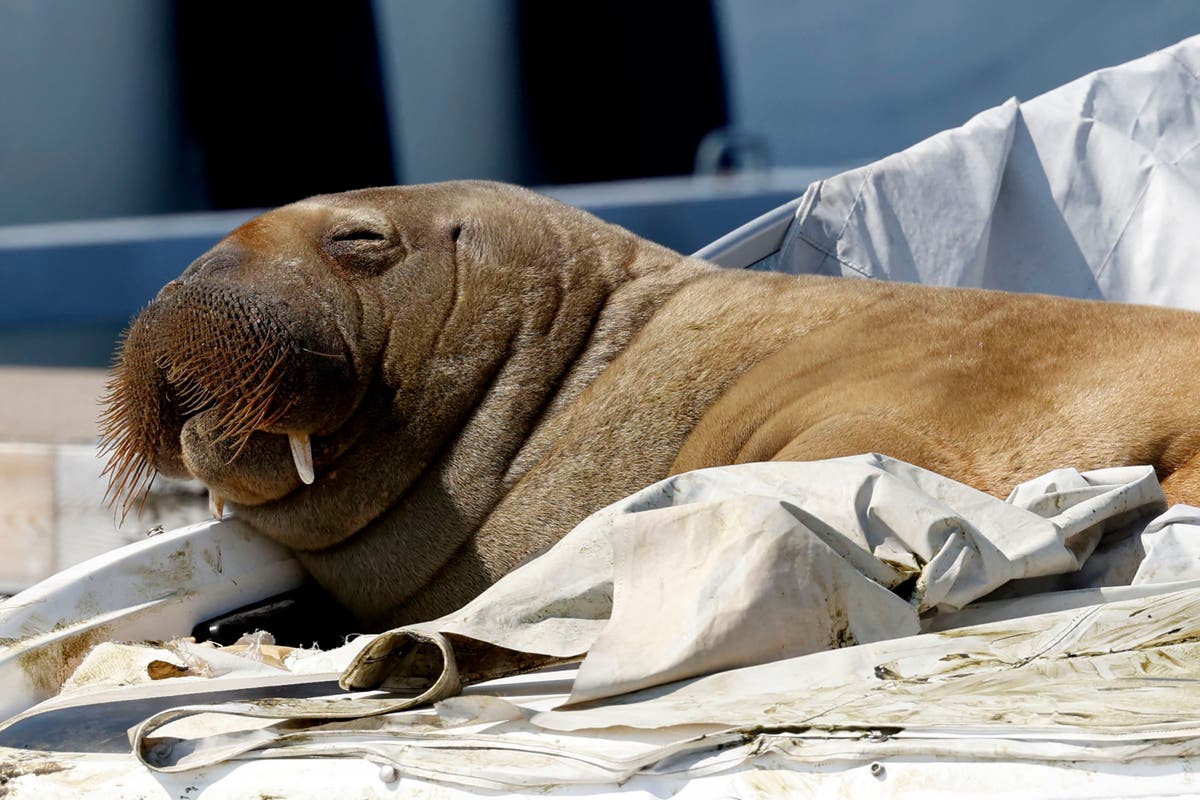 She may have destroyed a handful of vessels in Oslo harbour, but unexpected guest Freya, a 700kg walrus, has rapidly become a hit with both locals and tourists alike in Norway’s capital.

After leaving her native arctic, Freya was sighted in Denmark, Germany and Scotland, before settling on Oslo Harbour as a summer holiday destination.

Her northern European trip comes a year after a similar odyssey was embarked upon by another walrus – Wally – who also delighted people and angered boat owners during a wrecking spree that took him to Ireland, France, Spain and the Scilly Islands.

Like Wally, Freya has targeted boats which are not quite up to the job of providing such a large mammal with an adequate place to rest.

She has already sunk several small boats and inflatable craft moored along the Norwegian coast, after attempting to haul out of the water in order to lounge on them.

While boat owners have told local media outfits that they would like to see the back of Freya due to the costly damage she is causing, she has become a sensation among those with no vested interests, with crowds coming to photograph her exploits.

But biologists have warned that the presence of large groups of people could be distressing the walrus.

Researchers from the University of South-Eastern have said that Freya will not be accustomed to crowds and that they are likely to be stressful and overwhelming for her.

“She doesn’t get any peace,” walrus expert Rune Aae told Norwegian News Agency NTB. “She needs to relax for up to 20 hours.”

“When she is constantly stressed out by people and their presence, it is not good for her,” he said.

To entice her away from the expensive boats in Oslo, a new floating platform capable of supporting her weight has been floated out into the harbour, though according to EuroNews the initiative hasn’t completely lured Freya away from attractive boats with low sterns providing easy access.

While the unexpected sight of a walrus may be diverting, Freya’s presence could be another sign of environmental breakdown.

During Wally’s trip around Europe experts warned that animals conducting bizarre migrations could become more likely to occur as their icy habitats in the arctic are destroyed by warming waters due to the climate crisis.

Polar bears, bearded seals, ringed seals and hooded seals are among the arctic species which have been seen in unexpected locations in recent years.