It was definitely shock. Shocked and stunned. People were in disbelief more than anything.

What Alessia Russo did in the 68th minute of England’s semi-final victory over Sweden didn’t just cause astonished looks between those in the stadium, it caught the attention of the nation and the world.

It hadn’t been going that way at the start. England had their backs against the wall for the first 20 minutes. There were nerves, tension and near silence at times from the crowd at Bramall Lane. Sweden hit the woodwork, causing most of the air in South Yorkshire to be inhaled in one gulp by the 28,000 spectators in attendance.

But when Russo was brought on — the fifth match in a row that Sarina Wiegman has called upon her in the second half — it was already 2-0 to England. Within seconds, she was causing problems for Sweden. A driving run and perfect pass across the box set up Lauren Hemp, whose finish smashed the crossbar.

England had to ride through a storm seconds later, too, when Stina Blackstenius had a shot that goalkeeper Mary Earps just managed to push over the crossbar. The resulting corner led to a tame Swedish effort that Earps could sweep up and use to eat the clock. It was a moment that audibly eased the crowd and allowed England a moment to breathe.

Until that moment, England hadn’t been able to play their game — they had been rushed out of their patient approach — but what came moments later was one of their calmest passages of play so far.

Earps launched the ball upfield and, after some feeble attempts to bring the ball to the floor, Georgia Stanway played a hopeful ball out wide to Hemp. It bounced over Swedish heads and Hemp managed to bring it under control. She drove towards goal and unleashed a shot that drifted wide, only for the ball to be recovered by Lucy Bronze. She quickly whipped the ball back into the box but it didn’t find anyone. This time, it was Rachel Daly’s turn to recover and recycle. She sent the ball back towards Leah Williamson and England hit the reset button.

Williamson to Fran Kirby, Kirby to Hemp, Hemp to Kirby and back again. There was movement, patterns, precision. England were in their element. It went back and forth — not rushed, just relaxed. After several more passes, the ball made its way to Keira Walsh, England’s puppet master.

“Patience from England,” said BBC commentator Robyn Cowen. There was something brewing.

Walsh was on the edge of the box, looking for options, scanning the field. Kirby took her chance and drifted in behind the Swedish defence, waiting for the perfect Walsh pass that dutifully arrived. 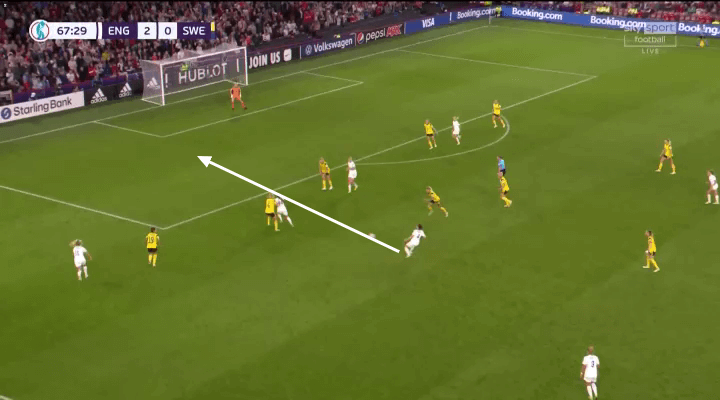 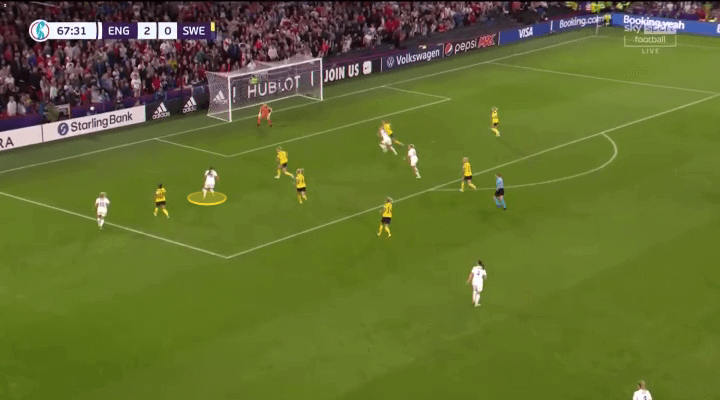 Kirby sent the ball back across the box, where Russo was waiting. The Manchester United striker hit the shot first time but Hedvig Lindahl managed to save it with her feet. 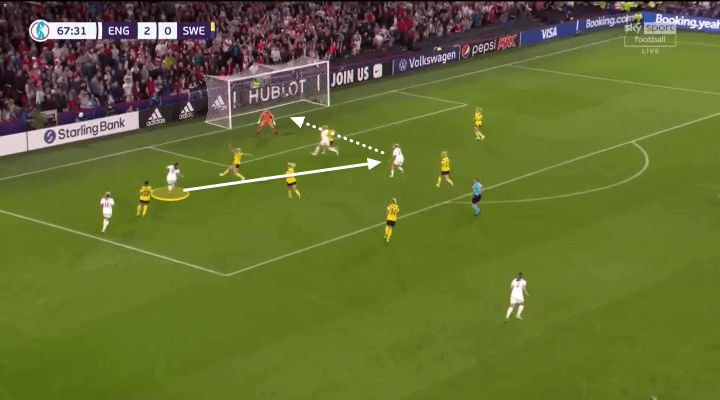 Russo knew she had to come back for more, saying after the game: “I should have scored the first one.” 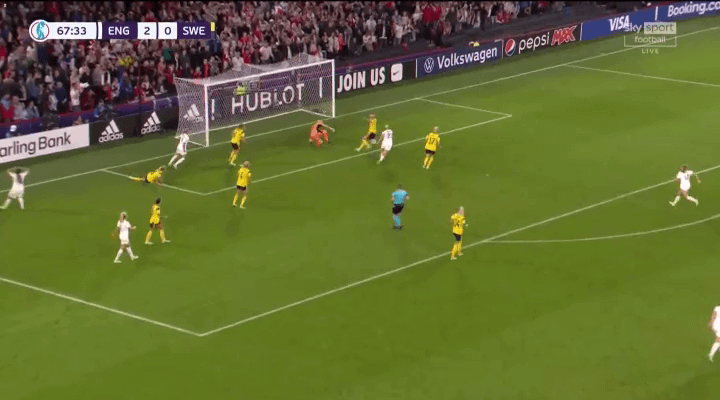 The ball rolled out to the six-yard box and Russo was first to it. Caroline Seger tried to wrestle the ball off Russo but she bounced off the Sweden defender like she was a child, not a 37-year-old centre-back with more than 200 caps for her country.

Seger used her experience to pin Russo away from goal, shuffling her away and attempting to block her from turning. But, without even looking, Russo sensed an opportunity. 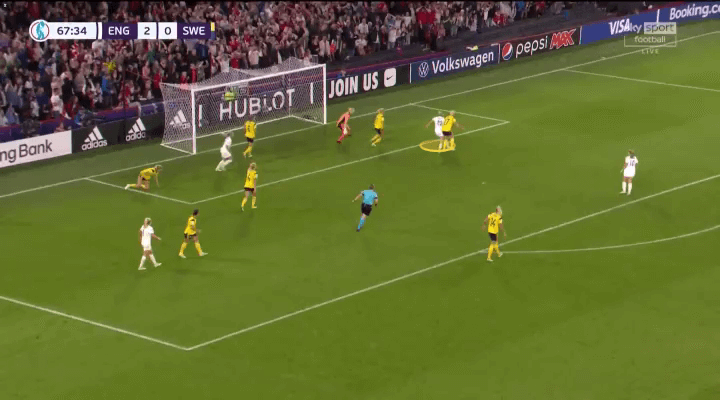 As if she was threading a needle rather than the back of her foot, she used her right heel to flick the ball between the legs of Lindahl and, in the space of half a second, nothing was ever going to be the same in English women’s football again. 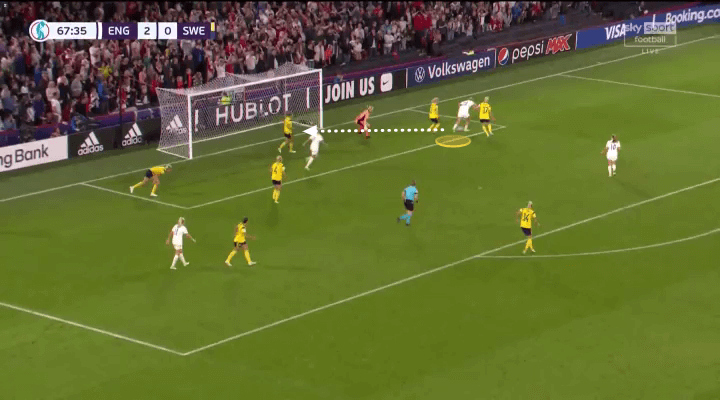 It was a WWE finishing move, the Big Show jumping off the rope and bringing down the clothesline. It was a three-pointer from Steph Curry from the corner. It was done, it was finished. Russo had disrespected the world’s best and it was unforgettable.

Wiegman reflected afterwards that Russo must have had “so much courage to do such an unpredictable and phenomenal thing like that”.

That’s what this whole team has — courage and confidence to try anything and the belief they can perform the unthinkable on the biggest stage.

“I don’t normally score backheels and I don’t think you’ll ever see one again, but I’ll take it for now.” So will we.