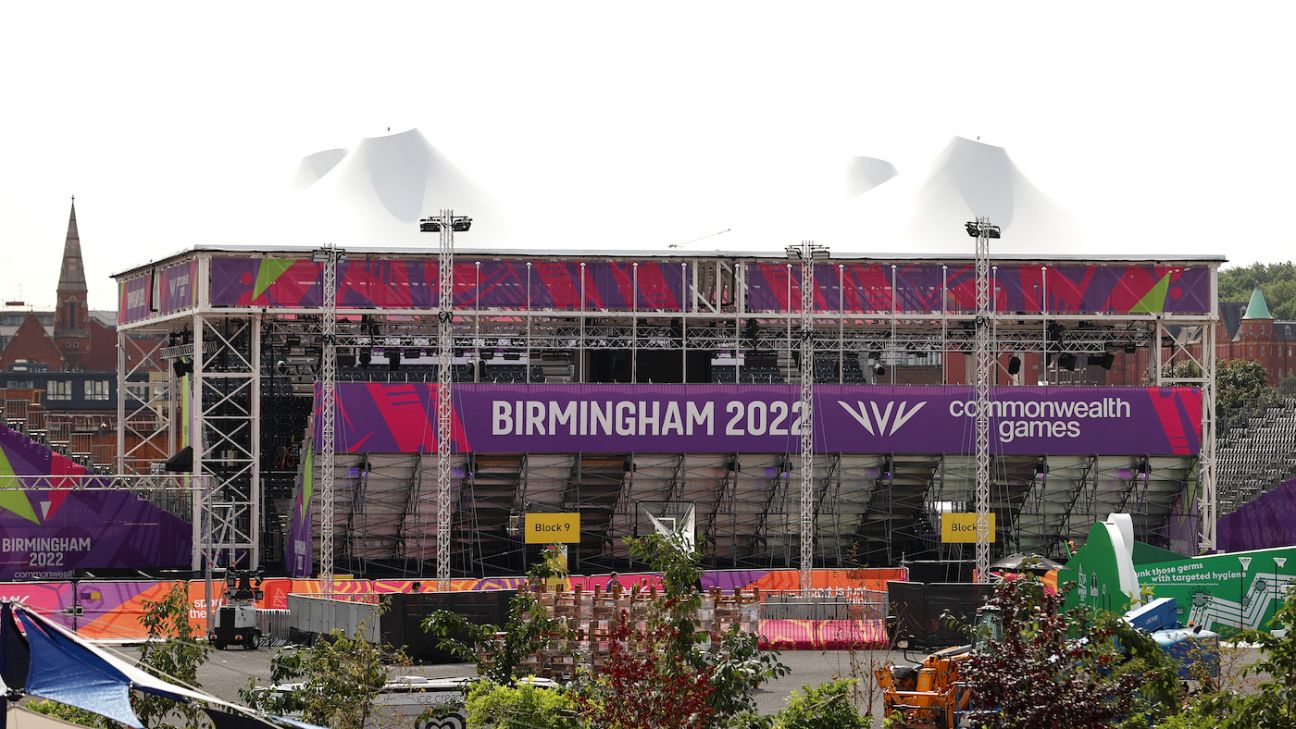 Being a “star attraction” at the 2022 Commonwealth Games will give a fillip to the ICC’s ambitions of being included in “all other types of multi-sport games”, mainly the Olympic Games, Geoff Allardice, the ICC chief executive, said in Birmingham on Wednesday.

“The idea of being here in Birmingham for the annual [ICC] conference is to celebrate cricket’s involvement in the Commonwealth Games for the first time in 24 years [when a men’s 50-over event was held, in Kuala Lumpur] with the women’s T20 event,” Allardice said. “Judging on the reaction of the players, they all are very excited and enjoying the experience of being around the top athletes from other sports.

“We have declared our ambition to be involved in the Olympic Games. We are assisting the LA 2028 organisers and providing any information will help their assessment of different sports with regards to addition to the Olympic programme. But, at this stage, a decision is due next year.”

Women’s T20 cricket, between eight teams, including Barbados as the West Indies representatives, is being played in this edition of the Commonwealth Games, in Birmingham. In fact, all matches will be played at Edgbaston. This, after the ICC and the ECB lobbied successfully for its inclusion.

Supporters of the ICC’s stated objective of having cricket included in the Olympics – possibly in Los Angeles in 2028, though the sport hasn’t made the provisional list – are likely to keep their eyes peeled on how things go in Birmingham. A good show can only help the big plans.

“Being in multi-sport games, whether it is the Commonwealth Games or the Asian Games or the African Games, putting cricket into these multisport events is good for the growth of our game,” Allardice said. “One, it gives a lot of our member countries a seat at the top table for sporting organisations within their country. Two, the coverage of these games reaches new audiences that may not be traditional cricket audiences.

“And that is one of opportunities with the Commonwealth Games, that we can reach new audiences. I’m sure you have seen in the last five years or so, the quality of our women’s events is outstanding. The players are great ambassadors for our sport. We heard from a number of the [women’s team] captains last night at a panel session, and they are very excited and I’m sure, cricket a star attraction at the Commonwealth Games, which can only leave us in a good position as we look for ambitions moving forward in all other types of multi-sport games.”

At the time of announcing cricket’s inclusion for Birmingham 2022, the Commonwealth Games Federation had said that it was “likely to be popular not only with spectators locally in Birmingham, but also for fans across competing nations, with 90% of the sport’s one billion fans worldwide thought to reside in the Commonwealth”.

That is different from the Olympic Games, of course, where most of the participating nations are not traditional cricket-playing, or cricket-watching centres. Still, good competition, especially in the format perceived to be the most useful for reaching new audiences, could only help cricket’s ambitions of being a truly global sport.