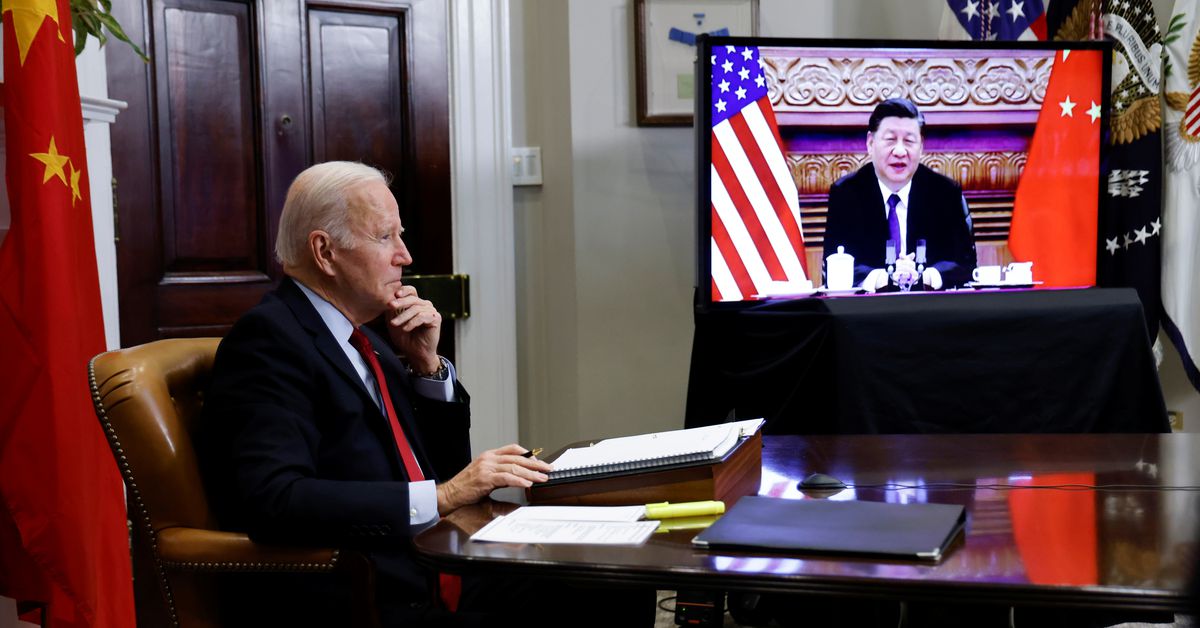 Chinese state media said Xi told Biden in their fifth call as leaders that the United States should abide by the “one-China principle” and stressed that China firmly opposed Taiwanese independence and interference of external forces.

Beijing has issued escalating warnings about repercussions should Pelosi – a Democrat like Biden – visit Taiwan, which says it is facing increasing Chinese military and economic threats. A visit by the House speaker would be a dramatic, though not unprecedented, show of U.S. support for the island.

“Those who play with fire will only get burnt,” Chinese state media quote Xi as telling Biden. “(We) hope the U.S. side can see this clearly.”

China has given few clues to specific responses it might make if Pelosi, a long time critic of Beijing, particularly on human rights issues, makes the trip.

The presidents’ call lasted over two hours. U.S. officials had said it would have a broad agenda, including discussion of Russia’s invasion of Ukraine, which China has yet to condemn.

At its core though, U.S. officials said they saw the exchange as another chance to manage competition between the world’s two largest economies, whose ties have been increasingly clouded by tensions over democratically governed Taiwan, which Xi has vowed to reunite with the mainland, by force if necessary.

Washington does not have official relations with Taiwan and follows a “one-China policy” that recognizes Beijing, not Taipei, diplomatically. But it is obliged by U.S. law to provide the island with the means to defend itself, and pressure has been mounting in Congress for more explicit support.

“This is about keeping the lines of communication open with the president of China, one of the most consequential bilateral relationships that we have, not just in that region, but around the world, because it touches so much,” White House national security spokesman John Kirby told reporters ahead of the call.

Biden also wanted to discuss climate and economic competition issues, the source said, as well as the idea of placing a price cap on Russian oil to punish Moscow for its war in Ukraine, which Treasury Secretary Janet Yellen raised with Chinese counterparts earlier this month. read more

The Biden administration has been debating whether to lift some tariffs on Chinese goods as a way to ease soaring inflation, but U.S. officials said a decision was not expected ahead of the call. read more

Taiwan has complained of stepped-up Chinese military maneuvers over the past two years to try and force it to accept Beijing’s sovereignty. Just ahead of Thursday’s call, Taiwan’s military said it fired flares to warn away a drone that “glanced by” a strategically located and heavily fortified island close to the Chinese coast that was possibly probing its defenses. read more

China has grown more powerful militarily and economically since, and some analysts worry such a visit at a time of fraught ties could spur a crisis across the 100-mile (160-km) wide Taiwan Strait waterway separating China and Taiwan.

Sorgente articolo:
In call with Biden Xi warns against ‘playing with fire’ over Taiwan – Reuters