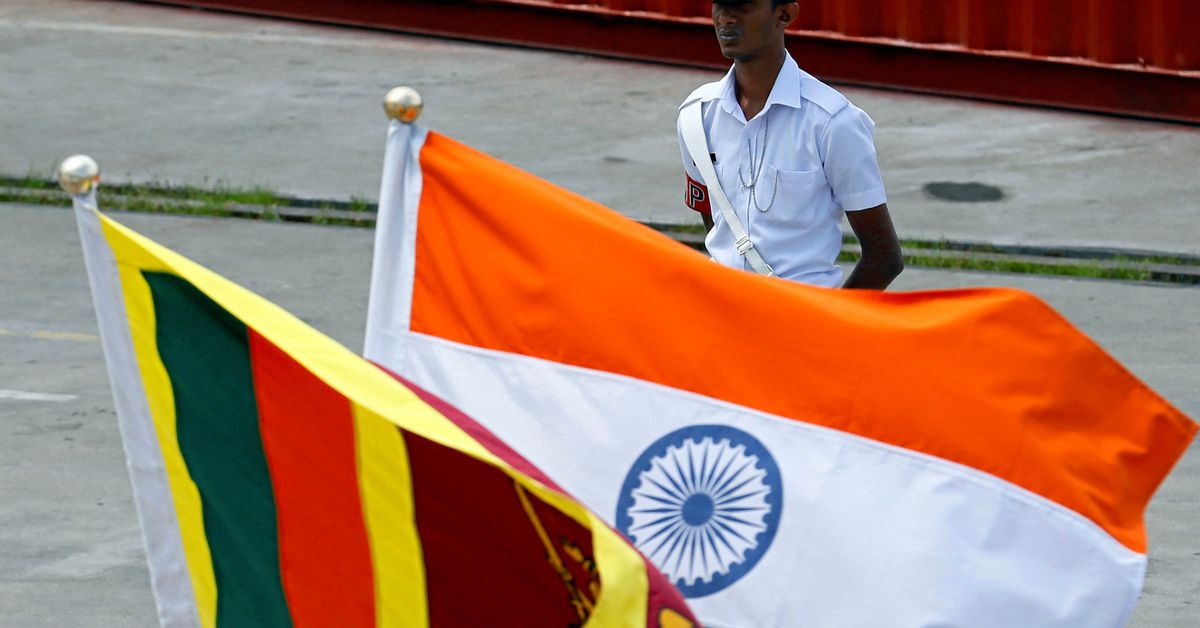 NEW DELHI/COLOMBO, July 28 (Reuters) – India, which is trying to expand its influence in crisis-hit Sri Lanka after China made deep inroads there, said on Thursday it was aware of reports about the planned visit of a Chinese vessel to a Sri Lankan port built with money from Beijing.

Shipping data from Refinitiv Eikon showed research and survey vessel Yuan Wang 5 was en route to the southern Sri Lankan port of Hambantota and was expected to arrive on Aug. 11.

“The government carefully monitors any developments having a bearing on India’s security and economic interests, and takes all necessary measures to safeguard them,” India’s foreign ministry spokesperson Arindam Bagchi told a weekly media briefing.

“I think that should be a clear message.”

He did not say what measures India was taking and who the message was addressed to.

A Sri Lankan government official told Reuters on condition of anonymity that Indian diplomats in Colombo had lodged a verbal protest with the Sri Lankan foreign ministry on Monday.

A Sri Lankan consulting firm, the Belt & Road Initiative Sri Lanka, says on its website that Yuan Wang 5 would be in Hambantota for a week.

“The vessel will conduct space tracking, satellite control and research tracking in the north-western part of the Indian Ocean region through August and September,” it says, without citing a source.

Sri Lanka formally handed over commercial activities in its main southern port to a Chinese company in 2017 on a 99-year lease after struggling to repay its debt. The port is near the main shipping route from Asia to Europe.

U.S. and Indian officials have been concerned that the $1.5 billion port could become a Chinese military base.

China is one of Sri Lanka’s biggest lenders and has also funded airports, roads and railways, unsettling India.

As Sri Lanka now battles its worst economic crisis in seven decades, India this year alone has provided it support of nearly $4 billion.

Responding to a tweet on the proposed Hambantota visit, Indian security analyst Nitin A. Gokhale invoked Sri Lanka’s decision to allow a Chinese submarine and a warship to dock in Colombo in 2014, a move that angered India at the time.

Also on Thursday, Taiwan’s military fired flares to warn away a drone that “glanced by” a strategically-located and heavily fortified island close to the Chinese coast that was possibly probing its defences, the Taiwanese Defence Ministry said.