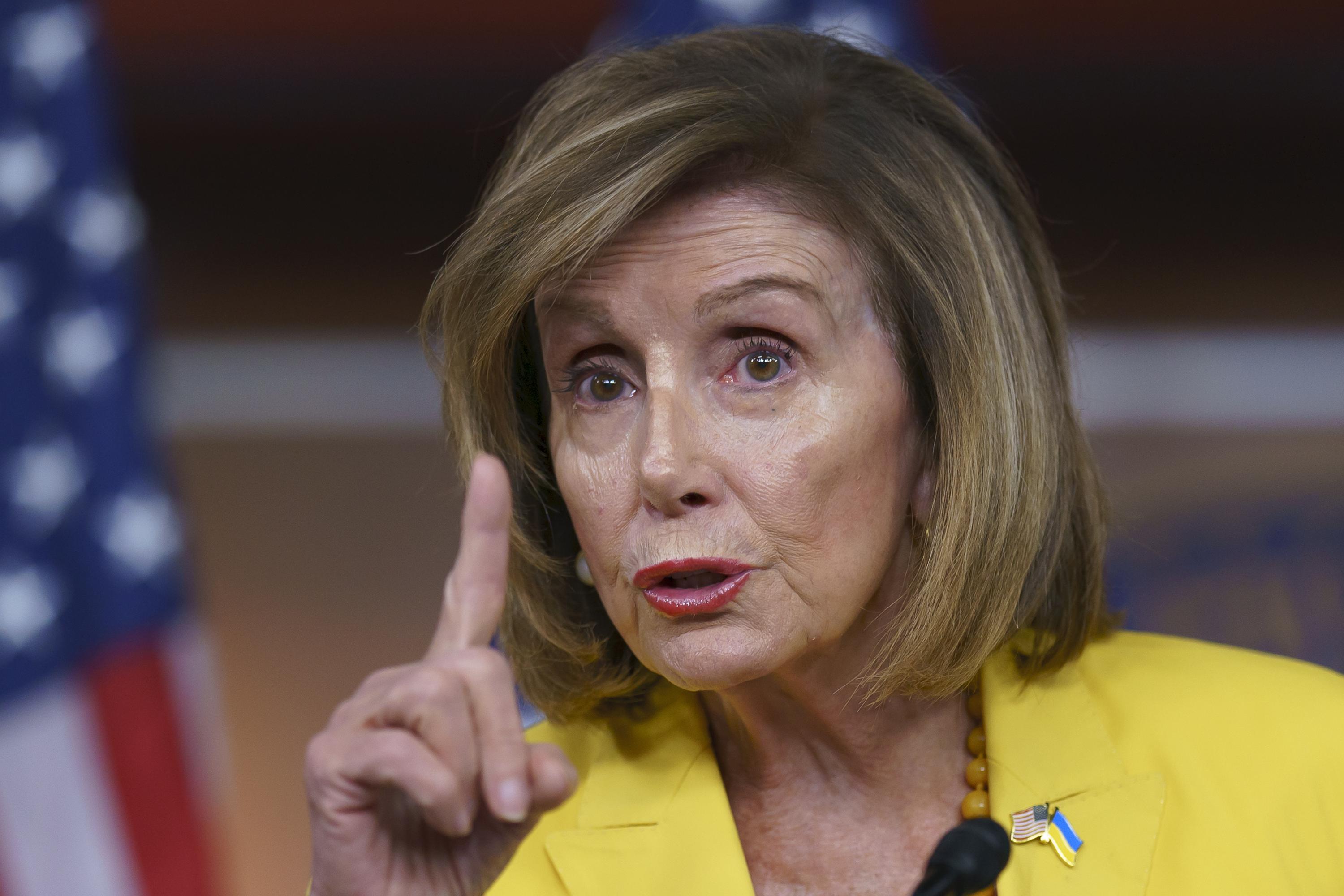 WASHINGTON (AP) — House Speaker Nancy Pelosi launched her political career being tough on China — a new congresswoman who dared to unfurl a pro-democracy banner in Beijing’s Tiananmen Square during a 1991 visit with other U.S. lawmakers shortly after the student massacre.

More than 30 years later, her interest in traveling to Taiwan presents a powerful diplomatic capstone. It has also contributed to tensions at the highest levels in Washington and Beijing among officials who worry a trip could prove provocative.

As the U.S. balances its high-stakes relations with China, whether Pelosi will lead a delegation trip to Taiwan remains unknown. But what is certain is that Pelosi’s decision will be a defining foreign policy and human rights moment for the U.S. and its highest-ranking lawmaker with a long tenure leading the House.

“This is part of who the speaker is,” said Samuel Chu, president of The Campaign for Hong Kong, a Washington-based advocacy organization.

“This is not a one-time, one-off publicity stunt,” said Chu, whose father was among those who met with Pelosi and the U.S. lawmakers three decades ago in Hong Kong. “Thirty years later, she’s still connected.”

Pelosi declined to disclose Wednesday any update on her plans for Taiwan, reiterating that she does not discuss travel plans, as is the norm, for security reasons. The top Republican on the House Foreign Affairs Committee, Rep. Michael McCaul of Texas, confirmed that he was invited to be a part of Pelosi’s bipartisan delegation but is unable to join, though his office said he believes the speaker and other Americans should be able to visit Taiwan.

The Biden administration has declined to publicly weigh in on the rumored visit, though the military is making plans to bolster its security forces in the region to protect her potential travel against any reaction from China. While U.S. officials say they have little fear that Beijing would attack Pelosi’s plane, they are aware that a mishap, misstep or misunderstanding could endanger her safety.

It all comes as President Joe Biden is set to speak Thursday with his Chinese counterpart Xi Jinping for the first time in four months, and the potential Pelosi trip is looming over the conversation.

Not since Republican Newt Gingrich led a delegation to Taiwan 25 years ago has a U.S. House speaker, third in line to the presidency, visited the self-ruling region, which China claims as part of its own and has threatened to forcibly annex in a move the West would view unfavorably.

More than just a visit overseas, Pelosi’s trip would signify a foreign policy thru-line to her long career in Congress as she has increasingly pointed the speaker’s gavel outward expanding her job description to include the role of U.S. emissary abroad.

Particularly during the Trump administration, when the former president challenged America’s commitments to its allies, and now alongside Biden, the Democrat Pelosi has presented herself as a world leader on the global stage — visiting Ukrainian President Volodymyr Zelenskyy in Kyiv, Pope Francis at the Vatican, and heads of state around the world.

“She absolutely has to go,” Gingrich told The Associated Press in an interview Wednesday about Pelosi’s potential trip.

“She has always had a very tough position going back to Tiananmen Square. And this is one of those places where she and I actually sort of agreed,” Gingrich said. “I think for Nancy to back down would be an enormous blow to Taiwan, and it would be a very dangerous signal, trying to appease the Chinese Communists.”

Pelosi has indicated the value she sees in her potential visit leading a delegation of lawmakers from the U.S.

“It’s important for us to show support for Taiwan,” Pelosi told reporters at her news conference last week.

“None of us has ever said we’re for independence, when it comes to Taiwan. That’s up to Taiwan to decide.”

Pelosi was newly elected to Congress when the tanks rolled in to Tiananmen Square in 1989 against the pro-democracy student protests.

Two years later she joined more veteran lawmakers on the trip when they were briefly detained by police after unfurling the pro-democracy banner that read “To those who died for democracy in China,” trailed by news cameras.

“We’ve been told for two days now that there’s freedom of speech in China,” she said in one video clip at the time.

The trip had a “deep and abiding” impact on Pelosi and became foundational to her style of leadership, Chu said.

Pelosi advocated for human rights in China by working against Beijing in 1993 as it eyed hosting the summer Olympics and she opposed its bid for the 2008 games. Pelosi sought over the years to link China’s trade status with its human rights record, working to ensure China’s entry to the World Trade Organization come with oversight.

Pelosi has often made physical gestures challenging China, including in 2009 when she hand-delivered a letter to then-President Hu Jintao calling for the release of political prisoners.

“China is a very important country,” she said upon her return days later recognizing the 20th anniversary of Tiananmen Square in a speech in Congress, and outlining the significance of the country’s relationship “in every way” to the U.S.

“But the size of the economy, the size of the country, and the size of the relationship doesn’t mean that we shouldn’t speak out,” Pelosi said. “I have said that if we don’t speak out about our concerns regarding human rights in China and Tibet, then we lose all moral authority to discuss it about any other country in the world.”

In Congress, lawmakers of both parties have rallied around Pelosi’s potential visit to Taiwan, viewing the delegation’s trip as an important diplomatic mission as well as an expression of a co-equal branch of the U.S. government.

“I understand all the sensitivities in the world, here’s the one stark fact: If we allow the Chinese to basically tell us who can and cannot visit Taiwan, then Taiwan will be isolated,” said Sen. Bob Menendez, D-N.J., the chairman of the Senate Foreign Relations Committee. “We can’t let the Chinese do that. Now, she’ll have to judge whether or not it makes the best sense at this time.”

Sorgente articolo:
Pelosi to Taiwan would be career capstone, despite warnings – The Associated Press – en Español