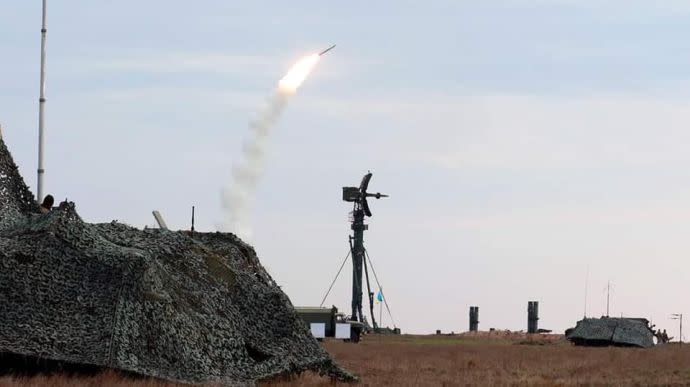 Russia has deployed additional forces on the Zaporizhzhia front; Russian forces are consolidating their positions near the village of Vershyna in Donetsk Oblast. Meanwhile, the Ukrainian Armed Forces have repelled Russian assault operations on several fronts.

Source: General Staff of the Armed Forces of Ukraine on Facebook, information as of 06:00 on 28 July

Quote: “The enemy’s main efforts are focused on establishing full control over the territories of Donetsk and Luhansk oblasts; maintaining control over the occupied territories in Kherson Oblast and parts of Kharkiv, Zaporizhzhia and Mykolaiv oblasts; creating favourable conditions to advance on several fronts; and blocking all Ukrainian shipping in the Black Sea.

The numbers and composition of enemy troops – as well as the nature of their activity – remain largely unchanged.

The enemy continues to launch missile strikes and airstrikes, including from the territory of the Republic of Belarus.”

Details: On the Volyn and Polissia fronts, the newly arrived Russian troops are performing combat engineering tasks to reinforce their positions.

Russian forces are deploying UAVs to conduct aerial reconnaissance in order to scout the positions of Ukrainian troops in the area, to establish the locations of Ukrainian air defence systems, and to ensure adequate masking of the Russian troops.

According to the available information, the Federal Security Service of the Russian Federation has ramped up its counterintelligence operations in the areas near the Russian-Ukrainian border, on the Sivershchyna front.

Russian forces fired artillery on the areas in the vicinity of Mykolaivka (Chernihiv Oblast) and Tovstodubove and Riasne (Sumy Oblast).

The Russians conducted an airstrike near Ruski Tyshky and conducted aerial reconnaissance in order to scout the positions of the Ukrainian troops in the area and correct artillery fire.

On the Sloviansk front, Russian occupying forces conducted assault operations on the Dovhenke – MAzanivka and Pasika – Dolyna axes in order to establish any weaknesses in the Ukrainian defences, but were not successful.

Russian forces did not undertake active combat operations on the Kramatorsk front, though they fired artillery on the areas around Zakitne, Verkhnokamianske and Tetianivka.

The Russian occupying forces are attempting to improve their tactical positions on the Bakhmut front, but the Ukrainian Armed Forces repelled Russian assault operations on the Klynove – Bakhmut and Myronivskyi – Semyhiria axes, forcing the Russians to retreat.

Russia has seen some success on the Vidrodzhennia – Vershyna axis; Russian troops are consolidating their positions near the village of Vershyna.

The Russian forces did not undertake active combat operations on the Avdiivka, Novopavlivka and Zaporizhzhia fronts. Russia has deployed additional troops on the Zaporizhzhia front in order to reinforce its presence in the area.

On the Pivdennyi Buh front, Russian forces are focusing their efforts on maintaining their previously occupied positions on the Kryvyi Rih front.

Three Russian naval missile carriers (equipped with Kalibr cruise missiles) remain on standby in the waters of the Black Sea.

Russian occupying forces are attempting to pin down the Ukrainian forces in the area by firing on the areas around Trudoliubivka, Potomkine, Posad-Pokrovske, Andriivka, Blahodatne, Ternivka, Chervona Dolyna, Prybuzke and Lupareve using tubed artillery, multiple-launch rocket systems and tanks. In addition, the Russians conducted an airstrike near Novopetrivka.