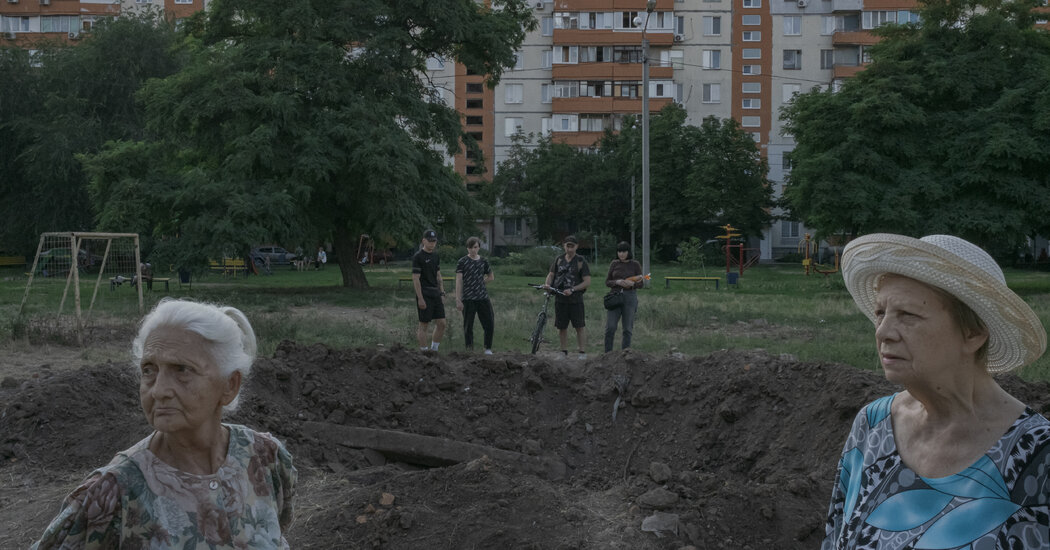 Forty-thousand Russian soldiers killed in less than six months of war. That staggering claim made by the Ukrainian military on Wednesday is impossible to verify and far exceeds estimates by the United States and Western allies.

But it aligns with Western assessments that the war has taken a high toll on Russia’s military, and underscores a central question at this point in a conflict where both sides have suffered grievous losses.

Could Russia be approaching a point of exhaustion?

While Ukraine’s Western allies have offered lower estimates on Russian deaths — with the Pentagon’s most recent estimate at 15,000 and the British saying it was likely closer to 25,000 — there is agreement their losses have cut deep.

“Russia has assembled what I call a steamroller,” said Ben Barry, a senior fellow at the International Institute for Strategic Studies, in a reference to its military strength, not least in artillery. “We don’t know at what point Russia will run out of steam.”

Typically, battlefield success is measured in terms of territorial gains and relative casualty figures. By the measure of territory seized, Moscow has gained ground since April, when President Vladimir V. Putin of Russia made the eastern Donbas region the focus of his campaign. The city of Lysychansk, the last Ukrainian stronghold in the Luhansk Province of the Donbas, fell this month.

Mr. Barry said the critical question was whether Moscow reaches a “culminating point” — a point at which an “offensive runs out of supplies or sustains so many casualties that it can’t be sustained.”

There is some evidence that such a moment could be approaching.

Russia’s offensive operations in eastern Ukraine have failed to make significant strategic gains in weeks. And after losing control over most of the southern Kherson region in the war’s first weeks, Ukrainian troops have now liberated 44 towns and villages along the border areas, about 15 percent of the territory, according to the region’s military governor.

It could be that Moscow is deliberately ramping up slowly, but Phillips O’Brien, a professor of strategic studies at the University of St. Andrews in Scotland, said that the rate of its artillery strikes in Donetsk Province had also slowed. Data from NASA satellites that detect fires and thermal anomalies across the globe “show Russian ranged fire declining enormously,” he said in a recent thread on Twitter.

One possible explanation for the decline is the impact of the recently deployed long-range weapons, and in particular the HIMARS, truck-mounted, multiple-rocket launchers supplied by the United States. Ukraine has repeatedly claimed since the deployment to have hit Russian ammunition dumps behind the frontline.

It was not possible to verify the accuracy of the claim, but the chairman of the Joint Chiefs of Staff, Army Gen. Mark A. Milley, told a news conference last week that the strikes are “steadily degrading the Russian ability to supply their troops, command and control of their forces.”

At the same time, the Ukrainian moves in the south are forcing Russia to direct added attention there and Moscow has picked up the pace of long-range missile strikes aimed at disrupting Ukrainian efforts to mount a counteroffensive.

A recent report by the Royal United Services Institute, a research group based in London, argued that frontline developments were less critical long-term than the underlying strength of the rival war machines. Issues such as training, logistics and supplies will ultimately determine the conflict’s outcome. Ukraine’s army has taken a brutal beating and its forces also risk exhaustion.

“There is a need to ensure that Ukraine’s war effort can be sustained,” the report said. The alternative is “a symmetrical stalemate that can only bring about an attritional conflict, risking Ukraine’s exhaustion.”

What could be a major test of both militaries appears to be fast approaching. Ukrainian forces are massing troops around the Kherson region for a counteroffensive that could be the country’s most ambitious attempt to date to reclaim territory. For Moscow, the battle will prove a test of its staying power.