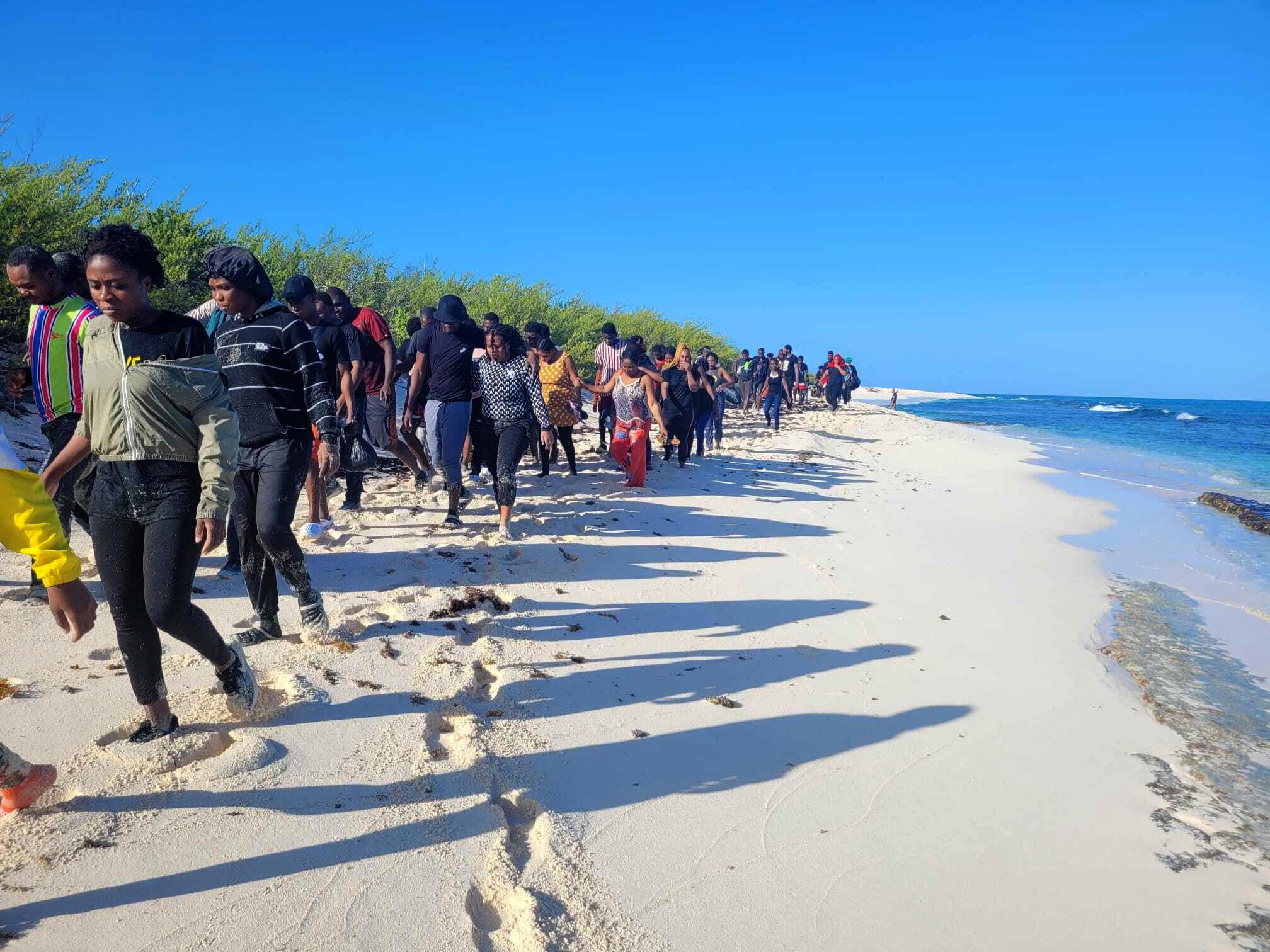 SAN JUAN, Puerto Rico (AP) — At least five Haitian migrants drowned and 68 others were rescued Thursday after a suspected human smuggling boat dropped the group off in waters near an uninhabited island west of Puerto Rico, officials said.

The incident is the latest in a string of deadly voyages across the northern Caribbean carrying mostly Haitian migrants fleeing their country amid a deepening political and economic crisis and a spike in gang-related killings and kidnappings.

Federal and local authorities searched the area near Mona Island for several hours after receiving a call from rangers with Puerto Rico’s Department of Natural Resources who first spotted the migrants. Officials determined that no additional people were missing, based on interviews with survivors, U.S. Coast Guard spokesman Ricardo Castrodad told The Associated Press.

He said 41 men, 25 women and two children survived, adding that none had any urgent medical issues.

Jeffrey Quiñones, spokesman for U.S. Customs and Border Protection, said all migrants aboard the boat were Haitians.

Most human smuggling boats that carry Haitian migrants to Puerto Rico depart from the neighboring Dominican Republic, which shares the island of Hispaniola with Haiti. Some capsize in the treacherous Mona Passage that separates the two islands while other boats drop off migrants in tiny uninhabited islands before reaching Puerto Rico.

In this case, the boat carrying the migrants fled the scene, Castrodad said.

The rescue comes just days after authorities in the Bahamas recovered the bodies of 17 migrants and rescued 25 more after their boat capsized early Sunday. A criminal investigation is underway.

In May, 11 Haitian women drowned and 38 others were saved after their boat sank near Puerto Rico.

“This is happening every day,” Castrodad said. “Everyone runs the same risk and same danger.”

A growing number of Haitians are fleeing their country as gangs grow more powerful following the July 7, 2021 assassination of President Jovenel Moïse. This week alone, authorities blamed gangs for setting a courthouse and a church on fire as turf wars in the capital of Port-au-Prince intensify. In addition, more than 470 people have been killed, injured or disappeared in less than a week amid gang fights in the nearby Cite Soleil slum, according to the United Nations.

The French medical charity Doctors Without Borders issued a statement on Thursday saying it has seen a “significant increase” in the number of victims hit by stray bullets. One of its emergency centers tended to nearly 80 bullet wounds, the majority of them stray bullets, the organization said, adding that many residents are trapped at home and unable to leave because of the escalating violence as their bullet wounds fester.

“In some of these areas, (the agency) can only treat patients in basements or windowless rooms, due to the danger of crossfire and stray bullets,” the medical charity said.