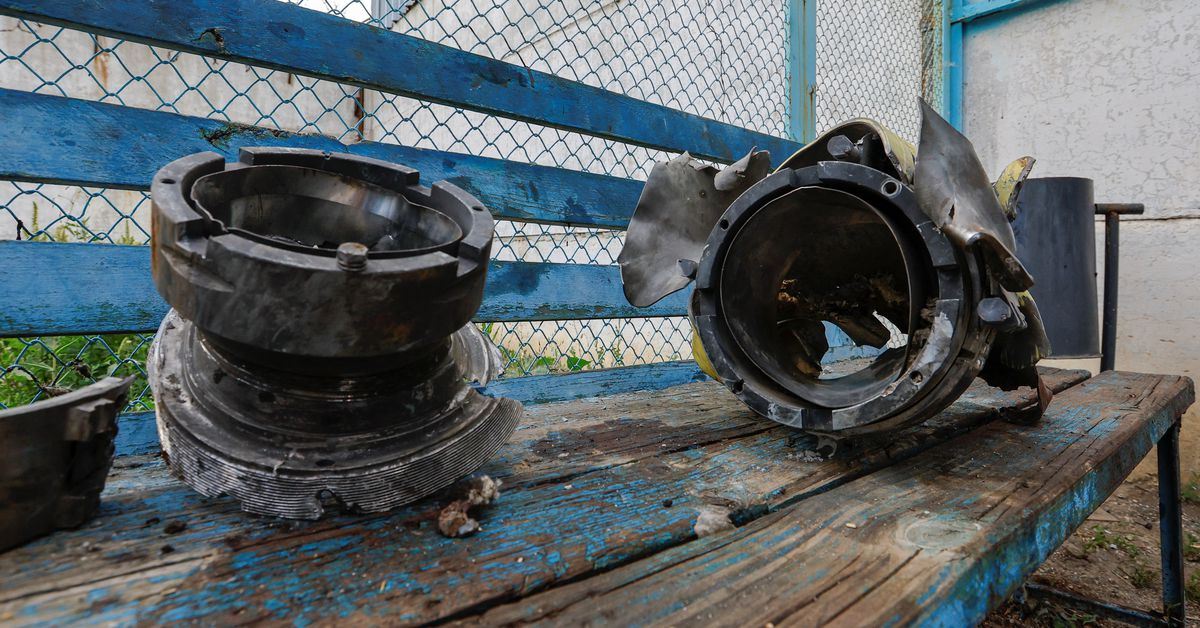 ODESA, Ukraine/KYIV, July 29 (Reuters) – Dozens of Ukrainian prisoners of war appeared to have been killed when a prison building was destroyed in a missile strike or explosion, with Moscow and Kyiv accusing each other of responsibility on Friday.

The deaths, some of which were confirmed by Reuters journalists at the prison where the men were held, overshadowed U.N.-backed efforts to restart shipping grain from Ukraine and ease a looming global hunger crisis.

Russia’s defence ministry said 40 prisoners were killed and 75 wounded in Thursday’s attack on the prison, in the frontline town of Olenivka, in a part of Donetsk province held by separatists.

A spokesman for the separatists put the death toll at 53 and accused Kyiv of targeting the prison with U.S.-made HIMARS rockets.

The Russian defence ministry said that the prison housed Ukrainian POWs and that eight prison staff were also wounded. Russian-backed separatist leader Denis Pushilin was quoted as saying there were no foreigners among the 193 detainees.

Ukraine has accused Russia of atrocities and brutality against civilians during since its Feb. 24 invasion and said it has identified more than 10,000 possible war crimes. Russia denies targeting civilians.

Ukraine’s SBU domestic security agency said it had intercepted telephone calls by Russia-backed separatists which suggested Russian troops had caused an explosion at the prison. Ukrainian military intelligence said there was an explosion in a new building meant to house prisoners from the besieged Azovstal steel works in Mariupol.

It said the building was blown up by mercenaries from Russian private military company Wagner Group and was not coordinated with the Russian Defence Ministry.

Hundreds of civilians and badly wounded Ukrainian soldiers were encircled and trapped for weeks in the Azovstal steelworks before they laid down their arms.

The SBU said video footage online showed the windows in some rooms survived intact, suggesting there had been an explosion inside rather than shelling from outside.

A spokesman for the Moscow-backed separatists told journalists that Ukraine had attacked the prison after the POWs had begun talking about crimes conducted by the Ukrainian military.

Reuters could not immediately verify the differing versions of events. Ukrainian public news network Suspilne quoted an ICRC spokesman in Ukraine as saying the agency had asked for urgent access.

News of the prison deaths came as Infrastructure Minister Oleksandr Kubrakov said Ukraine was ready to restart grain shipments from its southern ports.

A Russian foreign ministry read-out of the call also cited Lavrov as telling Blinken that Russia would achieve all the goals of its “special military operation” and said Western arms supplies to Ukraine would only drag out the conflict and multiply casualties.

The deal was the first diplomatic breakthrough of the conflict but fierce fighting makes it extremely risky.

Kubrakov told reporters in the southern port of Odesa that the country was ready to ship grain from two ports under the U.N.-brokered agreement but that no dates had been set.

He said he hoped the first ships could leave port before the end of the week, while Bridget Brink, the U.S. ambassador to Ukraine, said she hoped an agreement would be reached later on Friday to open the way for the first shipment. read more

Moscow, which says its special operation is conducted in self-defence, blames Western sanctions for the low gas supplies. Ukraine and its allies say the Russian assault was entirely unprovoked and have accused Moscow of energy blackmail.

An intelligence update from Britain said Russia had ordered mercenaries to hold sections of the frontline in Ukraine – a sign it is running short of combat infantry as Kyiv steps up a counter-offensive in the south.

Greater reliance on fighters from the Wagner Group for frontline duties rather than their usual work in special operations would be another sign that Russia’s military is under stress.