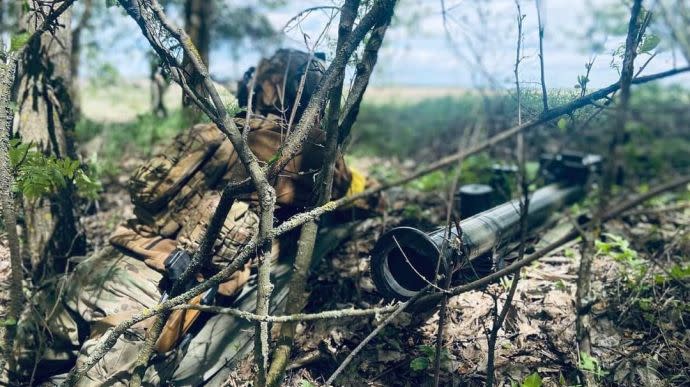 Source: General Staff of the Armed Forces of Ukraine on Facebook, information as of 18:00 on 29 July

Quote from the General Staff: “On the Sloviansk front, the occupiers used barrel, rocket artillery and tanks near Dolyna, Bohorodychne, Kurulka, Hrushuvakha, Virnopillia, Sulyhivka and a number of other settlements. Russian army aircraft operated near Husarivka.

In the Shchurivka region, our soldiers discovered and neutralised a reconnaissance group of the occupiers.”

Details: In the Kramatorsk front, Russian forces shelled the areas of Siversk, Ivano-Darivka, Kryva Luka, Serebrianka, Hryhorivka, Zvanivka, Spirne, and Vyimka. An airstrike was recorded near Serebrianka and Spirne.

A Russian reconnaissance group was spotted near Verkhniokamiansk, fired on, and forced to retreat. The occupiers also carried out aerial reconnaissance by UAVs.

On the Bakhmut front, Russian occupiers shelled military and civilian infrastructure with artillery and tanks in the areas of Shumy, Kodem, Soledar, Bakhmut, Vesela Dolyna, Travneve, Zaytseve, Vershina and other settlements. Airstrikes near Pokrovske, Novoluhanske, Soledar and Vesela Dolyna.

Russian troops again tried to take Soledar, Vershyna and Semihiria. And again without success – they suffered losses and retreated.

All offensive and assault actions of the occupiers in the areas of Avdiivka, Kamianka, Krasnohorivka and Pisky were resolutely stopped by Ukrainian troops.

On the Novopavlivskyi and Zaporizhzhia fronts, Russian forces did not conduct active offensive actions, but continued systematic shelling of civilian infrastructure near Vremivka, Olhivske, Novopol and a large number of other settlements.

On the Volyn and Polissia fronts, the situation has not changed significantly. No signs of the creation of offensive groups of the armed forces of the Russian Federation or Belarus were found.

On the Siversk front, the occupiers continued to strike infrastructure objects with barrel and rocket artillery in the border areas of Chernihiv and Sumy oblasts. The occupiers also carried out aerial reconnaissance with UAVs near the village of Hremiach, Chernihiv Oblast.

On the Pivdennyi (South) Buh front, Russian occupation forces’ main efforts are focused on preventing the advance of Ukrainian troops. The occupiers fear the high intensity of UAV reconnaissance.

Russian occupiers shelled civilian and military infrastructure in the areas of Ivanivka, Tokarevo, Karierne, Osokorivka, Blahodatne, Kobzartsi and more than thirty other settlements.