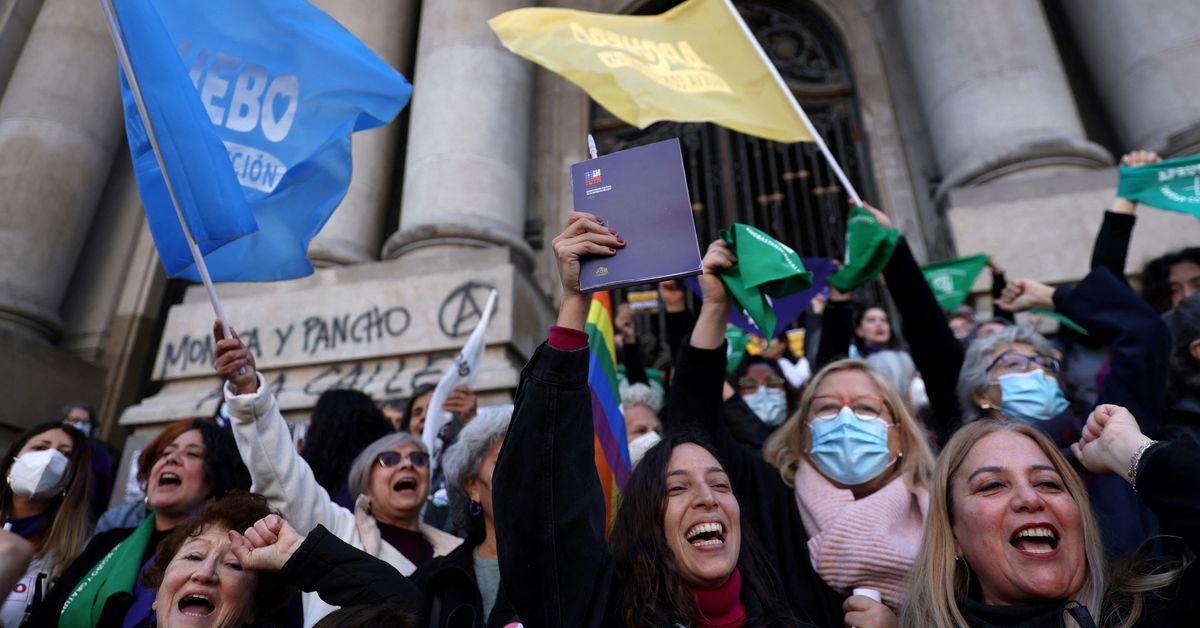 SANTIAGO, July 29 (Reuters) – Chileans will vote in a little over a month on a new constitution that would bring the most sweeping changes to the country since the end of the Augusto Pinochet military dictatorship.

The proposed text focuses on social rights, the environment and gender parity, representing a sharp shift from the current 1980 constitution written during Pinochet’s prime that focuses on private rights and free market principles.

The proposed new text was written by a 154-member body elected through a popular vote, the first time in Chile’s history a constitution was drafted democratically.

The process started after violent protests against inequality rocked the world’s top copper producer in 2019 and tarnished Chile’s image as an oasis of stability in Latin America.

These are some of the changes the proposed 388-article constitution, completed in early July, would make.