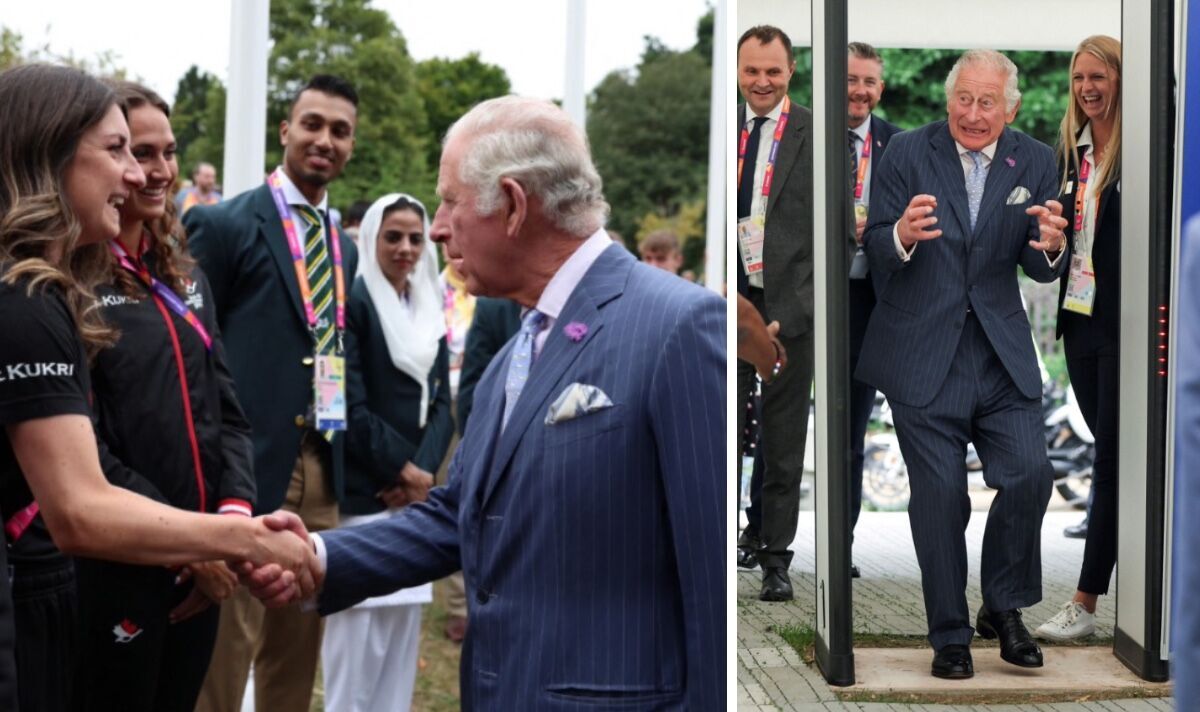 The Prince of Wales, 73, visited the Athletes’ Village at the University of Birmingham this afternoon. In one image, Charles causes laughter as he grimaces while walking through a security metal detector. The opening ceremony takes place at 7pm tonight.

“One of the athletes from Sierra Leone said she was so happy to see him and she even gave him a little curtsy.

“Prince Charles cracked a few jokes like he did with the Australian team, so clearly he’s still got that sense of humour. But overall everyone was very excited to see him.”

The Commonwealth Games commences with a glittering opening ceremony tonight and includes an appearance from the Red Arrows.

Prince Charles is in Birmingham, representing the Queen at the Alexander Stadium event.

Around 3,500 athletes and technical officials are staying in the Athletes’ Village for the next couple of weeks.

An estimated 35,000 people will attend the event at the Alexander Stadium in Perry Barr tonight, with a further one million expected to tune in at home.

READ MORE: Harry and Meghan in bust up ahead of major royal event

Charles then walked through the Commonwealth Games Welcome sign, towards a path flanked by Commonwealth flags.

He met around 122 athletes from 61 teams during his visit.