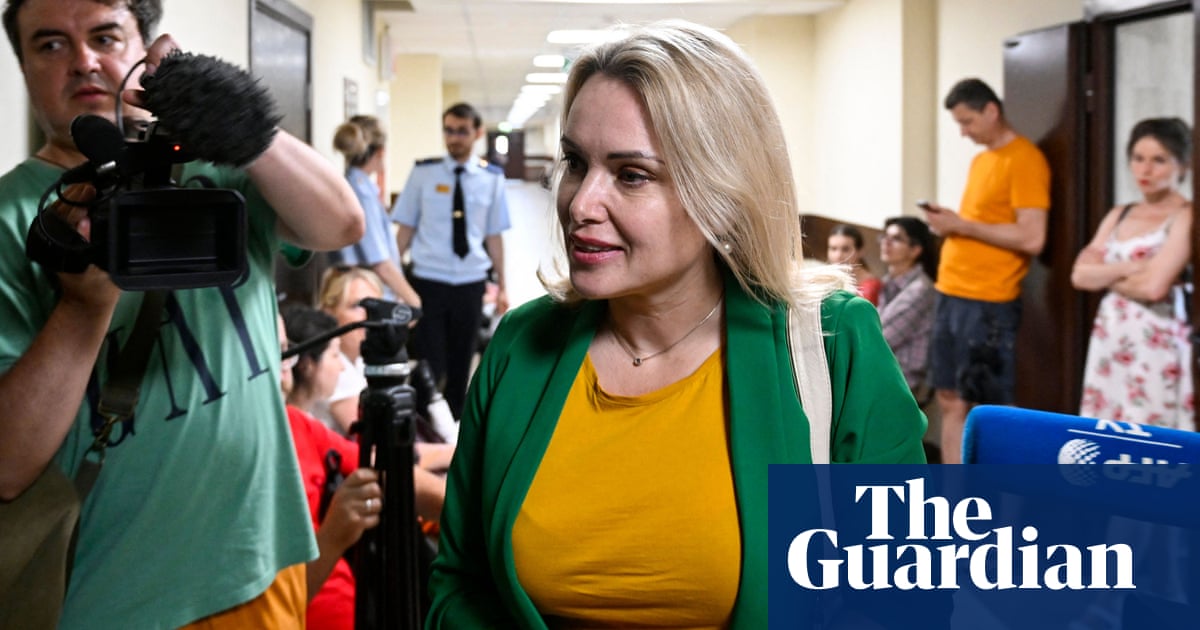 The ruling was passed on Thursday after a short hearing in a Moscow administrative court. Ovsyannikova rejected the proceedings against her as “absurd”.

“The evidence confirms Ovsyannikova’s guilt. There is no reason to doubt its authenticity,” the judge said.

Ovsyannikova gained international attention in March after bursting into a studio of Russian state TV, her then employer, to denounce the Ukraine war during a live news bulletin. At the time she was fined 30,000 roubles for flouting protest laws.

Thursday’s hearing was over subsequent social media posts in which she wrote that those responsible for Russia’s actions in Ukraine would find themselves in the dock before an international tribunal.

Russia passed a law against “discrediting” the armed forces, with a sentence of up to 15 years, in early March, soon after Vladimir Putin launched what he calls his “special military operation” against Ukraine.

In court, Ovsyannikova repeated her protest and said she would not retract her words. She said she did not understand why she was there and what she was being judged for. “What’s going on here is absurd,” she said. “War is horror, blood and shame.”

She went on: “Your accusations are like accusing me of spreading monkeypox … The purpose of the trial is to intimidate all the people who oppose the war in the Russian Federation.”

She described Russia as an aggressor country, saying: “The beginning of this war is the biggest crime of our government.”

A lawyer for Ovsyannikova said she had the right to speak out under article 29 of the Russian constitution, which protects the right to freedom of expression, but the judge dismissed the lawyer’s arguments.

This content from Reuters was produced in Russia, where the law restricts coverage of Russian military operations in Ukraine.